This priest has 3 jobs, and all have been challenged during pandemic 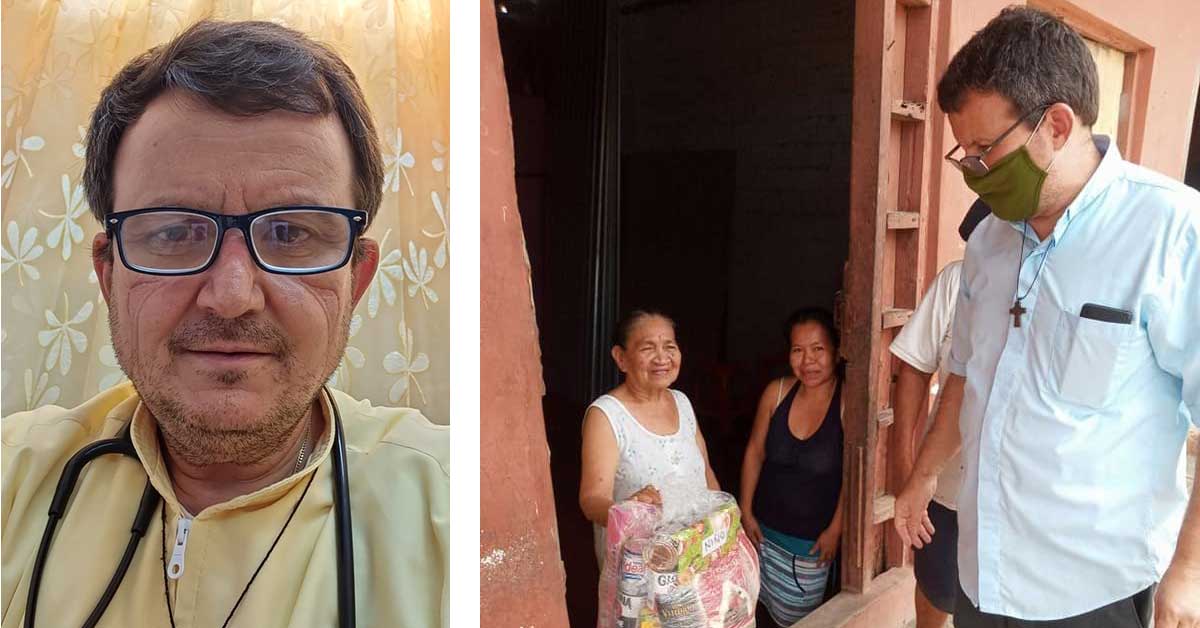 By Lucien Chauvin –  No one would ever accuse Father Raymond Portelli of being lazy.

A diocesan priest originally from Malta, he has lived and worked in the Peruvian Amazon for nearly three decades. He has run numerous programs at his parish in the city of Iquitos and ministered to Indigenous communities in the Loreto department, where the bustling city of 500,000 people is located.

COVID-19, which slammed Iquitos early in the pandemic, supercharged his already jampacked life as a priest, professor and medical doctor.

“My life changed drastically with the outbreak of COVID. Since March 2020, I have been a doctor in the morning, a professor in the afternoon and a priest later in the day and at night. Everything has intensified,” he said.

Father Portelli wanted to be a doctor when he was a child, but something changed when he was finishing high school and getting ready for college.

“The Lord mixed up everything, and I had the calling to be a priest. It became my priority and will always be the priority,” he said.

He came to Peru in the early 1990s and headed to Iquitos, where he began his pastoral work and decided that being a doctor would be the right complement for his priestly vows. He enrolled in the National University of the Peruvian Amazon, graduating with a degree in medicine in 2006. He is now on the faculty as an associate professor, teaching ecology, ethics and molecular biology.

Along the way, he has helped set up a house for people with HIV/AIDS, another for substance addictions, a third for poor senior citizens, and a fourth for homeless people. A fifth, a retreat centre known as Kanatari, became Portelli’s home away from home during the early months of the pandemic.

The church ceded the centre to the government’s health unit in Iquitos to use as an isolation centre when the virus overran the city. It was while working around the clock at Kanatari that Father Portelli came up with the idea of a campaign to raise funds for an oxygen plant for the centre.

The church eventually acquired five oxygen plants, four of which it donated to the state, and one that it still manages.

Father Portelli said the plants and investment in equipment resolved some issues, but not underlying problems.

“We have more beds, more ventilators, more oxygen, but not more specialists. You can have the most advanced equipment in the world, but it does not matter if you cannot operate it,” he said.

He said the church’s response in Iquitos has left a lasting impression, but it has to continue to evolve.

“We opened the doors, metaphorically. We offered food, counselling, medical attention. We have a presence in all aspects of society, but the church will have to continue changing. It is a different (church) since the pandemic,” he said.