Vatican: Make sure evacuated kids will be reunited with parents 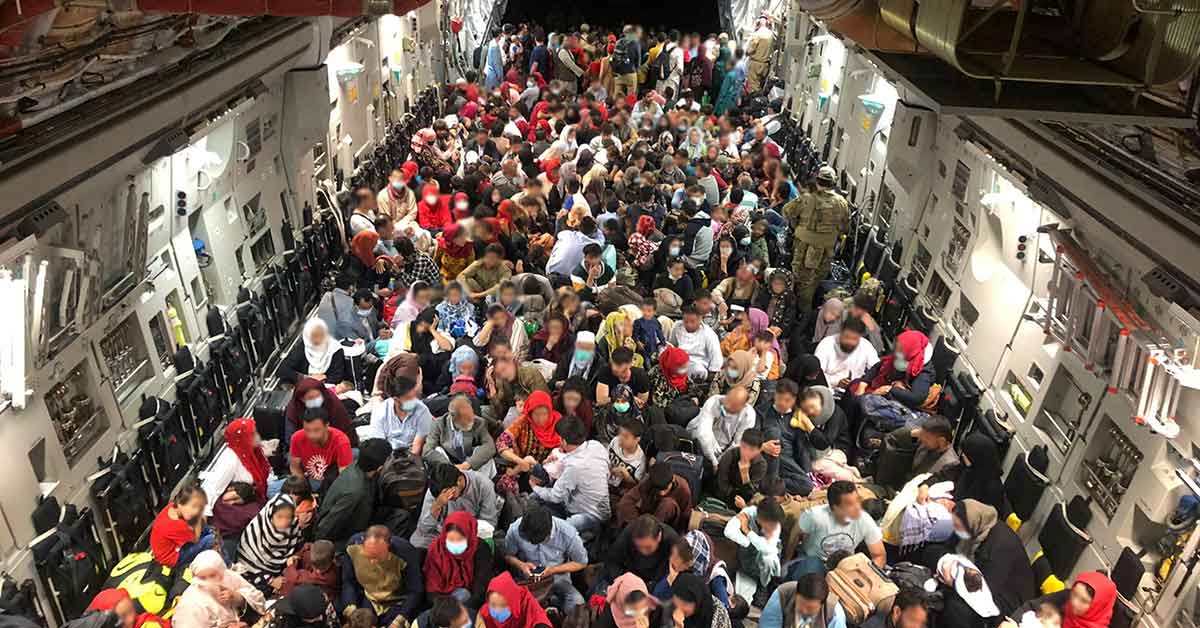 By Carol Glatz – Heartbreaking images of mothers and fathers handing their infants and toddlers to US soldiers during the evacuation of Kabul were like seeing the desperation of Jochebed, Moses’ mother, as she put him in a basket in the Nile River to save him, said an editorial in the Vatican newspaper.

Headlined “Afghan Moses,” the front-page article reflected on how those scenes represented, for Moses and the Afghan children, “a traumatic separation” caused by “violence and oppression” as mothers and fathers “abandon” their children in order to save them.

“We have to find the courage to stand before the waters of the Nile, which carry away the basket with a child inside, while his sister Miriam tries to see what will become of her brother,” said the Aug. 25 editorial, written by Father Luigi Maria Epicoco, a 40-year-old theologian, philosopher and contributor to the paper.

“In our powerlessness, we could, however, become like Miriam and feel responsible” for what happens to these children and find a way, like Miriam did, for them to be happily reunited again, the priest wrote. The article expressed the importance of children and families being reunited after the crisis.

The Vatican has expressed deep concern over the evolving crisis in Afghanistan.

Mgr John Putzer, chargé d’affaires of the Holy See’s Permanent Mission for Geneva-based U.N. agencies, repeated Pope Francis’ appeal from Aug. 15, asking that “solutions can be found at the table of dialogue.”

“Only this way,” the pope had said, “can the battered population of that countrymen, women, elderly and children – return to their own homes, and live in peace and security, in total mutual respect.”

Mgr Putzer repeated that message at a special session of the Human Rights Council Aug. 24.

“At this critical time,” he said, according to Vatican News, “it is of vital importance to support the success and safety of humanitarian efforts within the country, in a spirit of international solidarity, so as not to lose the progress that has been made, especially in the areas of health care and education.”

He urged the entire international community to “move from declaration to action” by welcoming refugees “in a spirit of human fraternity.”

Aloysius John, secretary-general of Caritas Internationalis, said “we are facing a huge international crisis and social collapse in Afghanistan,” according to L’Osservatore Romano Aug. 25.

“There are more than 1 million displaced people, and it’s estimated that today about 700,000 Afghans are trying to find safe refuge and to leave their villages and homes,” he said.

Nearly 800,000 children already suffer from malnutrition there, and a third of the population is at risk of dying of hunger, he added.

With that, the COVID-19 pandemic and all the problems and risks unfolding concerning security and education, it is proving to be “one of the worst crises caused by mankind,” he said.