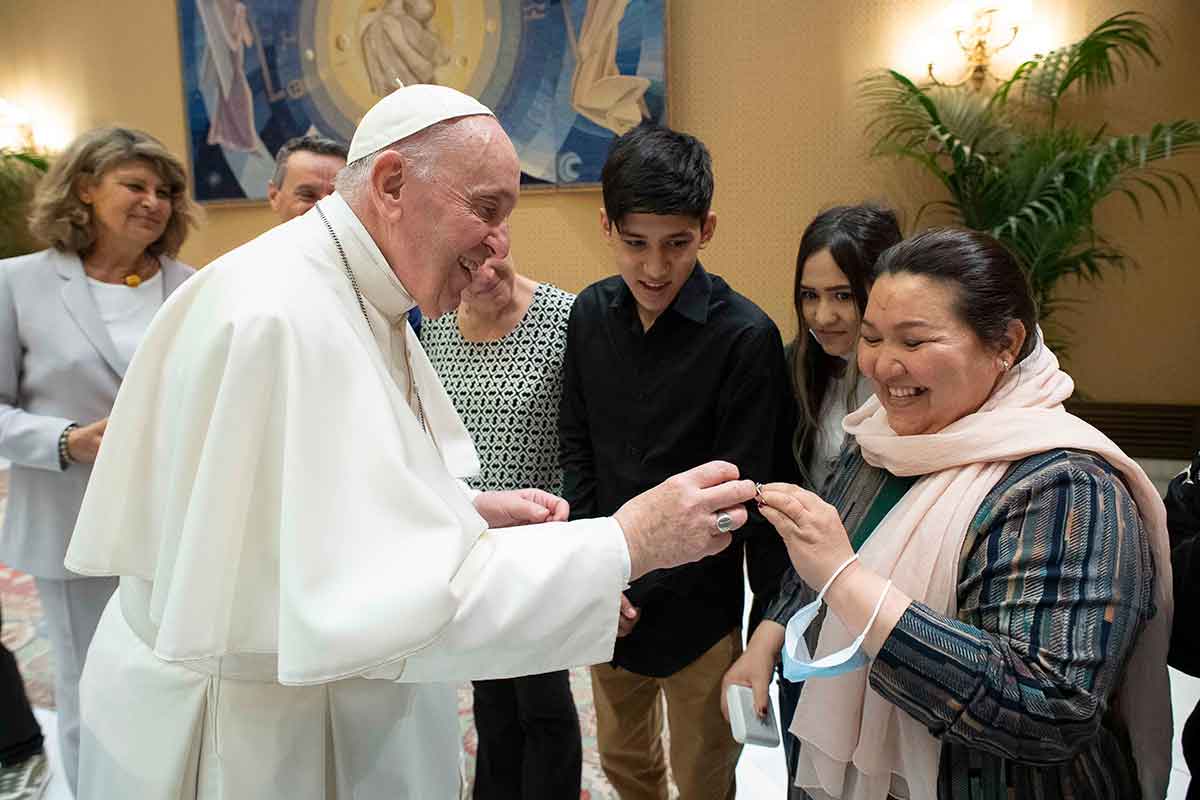 When Pary Gul, a Christian woman from Afghanistan, met Pope Francis on Sept. 22, she gave him her wedding ring as a reminder of her husband, who has disappeared and may be dead.

According to the Vatican newspaper, L’Osservatore Romano, Pope Francis accepted the ring, but only on the condition that Gul keep it for him “as a commitment of friendship and a sign of hope.”

Gul, 57, was among 14 Afghan Christians who met the pope just before his weekly general audience. The Italian military helped the three Christian families to flee Kabul after the Taliban takeover in mid-August. They have been resettled in northern Italy by the Meet Human Foundation.

Gul was accompanied by her four children, who are between the ages of 14 and 25. She told L’Osservatore Romano that the children saved the family by sending out an SOS on their phones. They had been hiding in a cellar for four days.

“My husband first was fired and then arrested, and we have heard nothing more from him,” she said. She believes “someone probably denounced us for being Christians.”

Gholam and Fatima Abbas and their two children and Zamin Ali and Seema Gul with their three children also were at the meeting with the pope.

The children gave Pope Francis pictures they had coloured.