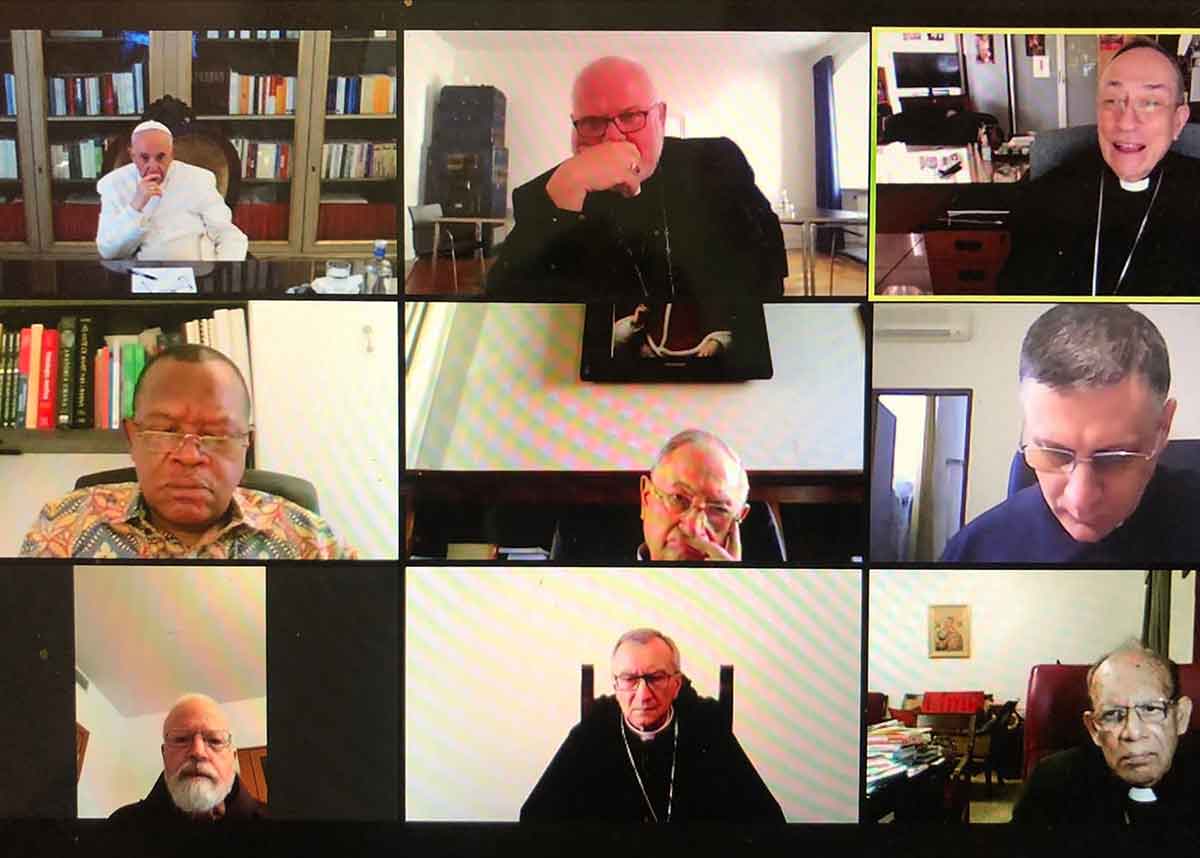 Pope Francis is pictured at top left on a television screen as he leads a virtual meeting of his Council of Cardinals from his residence at the Domus Sanctae Marthae at the Vatican on Sept. 21, 2021. (CNS photo/Dicastery for Communication)

Pope Francis and his cardinal advisers discussed the upcoming synod on synodality on Tuesday.

The meeting of the Council of Cardinals took place at 4 p.m. on Sept. 21, according to the Holy See press office.

Joining the virtual meeting from his residence, the Casa Santa Marta, Pope Francis referred to two addresses in which he set out his vision of synodality.

The first was his 2015 speech marking the 50th anniversary of the institution of the Synod of Bishops, in which he described synodality as the path that “God expects of the Church of the third millennium.”

The second was last Saturday’s address to Catholics from the Diocese of Rome. In that discourse, he said that the two-year process leading to the 2023 synod on synodality is not about “gathering opinions,” but “listening to the Holy Spirit.”

The Holy See press office said that the pope told the cardinals “how at the heart of the reflection is not so much the deepening of this or that theme as the learning of a way of living the Church, marked at all levels by listening to one another and by a pastoral attitude, particularly in the face of the temptations of clericalism and rigidity.”

The Vatican announced in May that the synod on synodality would open with a diocesan phase lasting from October 2021 to April 2022.

A second, continental phase will take place from September 2022 to March 2023.

The third, universal phase will begin at the Vatican in October 2023 with the XVI Ordinary General Assembly of the Synod of Bishops, dedicated to the theme “For a Synodal Church: Communion, Participation, and Mission.” 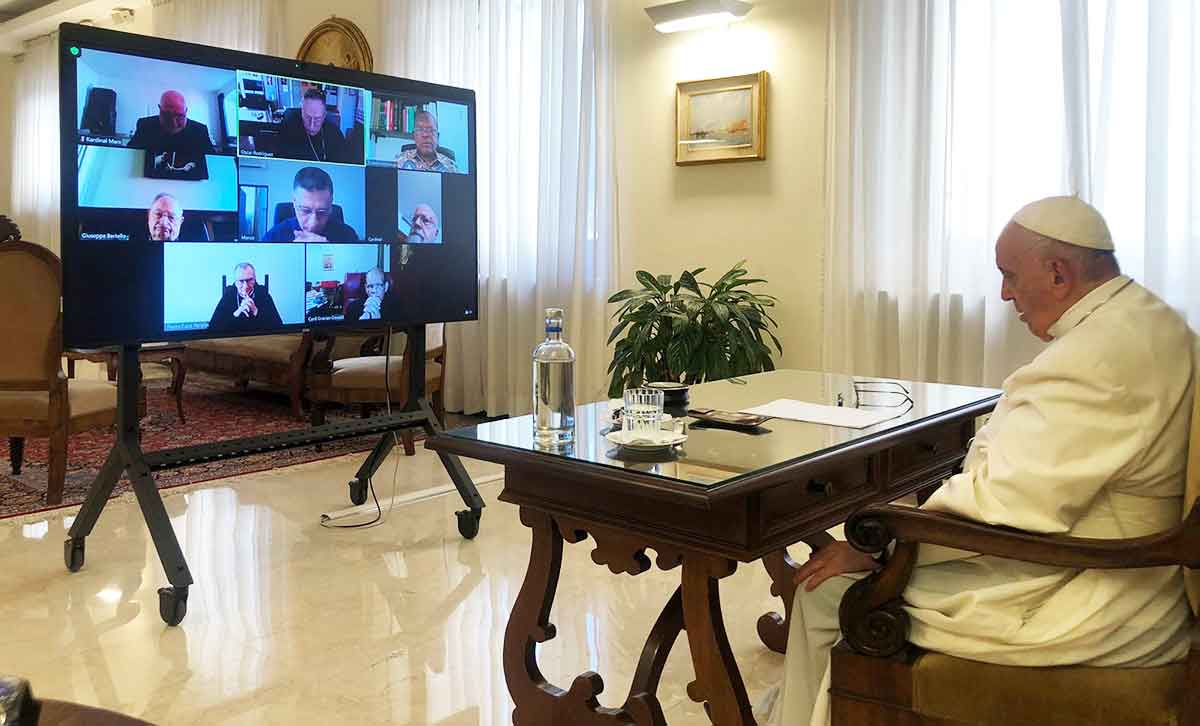 Vatican Media.Cardinal Pietro Parolin, the Vatican Secretary of State, Cardinal Giuseppe Bertello, the outgoing president of the Governorate of Vatican City State, and Bishop Marco Mellino, the secretary of the Council of Cardinals, joined the meeting from the Vatican.

The cardinals last met with the pope in June, when they discussed synodal processes around the world.

A month earlier, they held a virtual discussion of revisions to a draft of the new constitution to govern the Roman Curia, known as Praedicate evangelium.

The group of cardinal advisers, sometimes referred to as the C9 because it previously had nine members, was established by Pope Francis in 2013, to “assist him in the governance of the universal Church,” as well as to revise the text of the 1988 apostolic constitution Pastor bonus.

At one of the council’s first meetings, it was decided that projected revisions to Pastor bonus would be substantial enough to warrant an entirely new constitution.

The cardinals have been working on drafting and revising the text since 2014, soliciting feedback from bishops’ conferences last year. An updated draft was presented to Pope Francis last summer and suggestions from Vatican departments are being evaluated. But the Vatican has given no projected date for the constitution’s publication.

The Holy See press office said on Wednesday that the seven cardinals offered reflections on the synodal path, highlighting the need to “overcome sectarianism and partisan interests.”

The next meeting of the Council of Cardinals is scheduled for December. The Vatican hopes the meeting will take place in person, rather than on screen.