Pope’s World Day of the Poor at Assisi 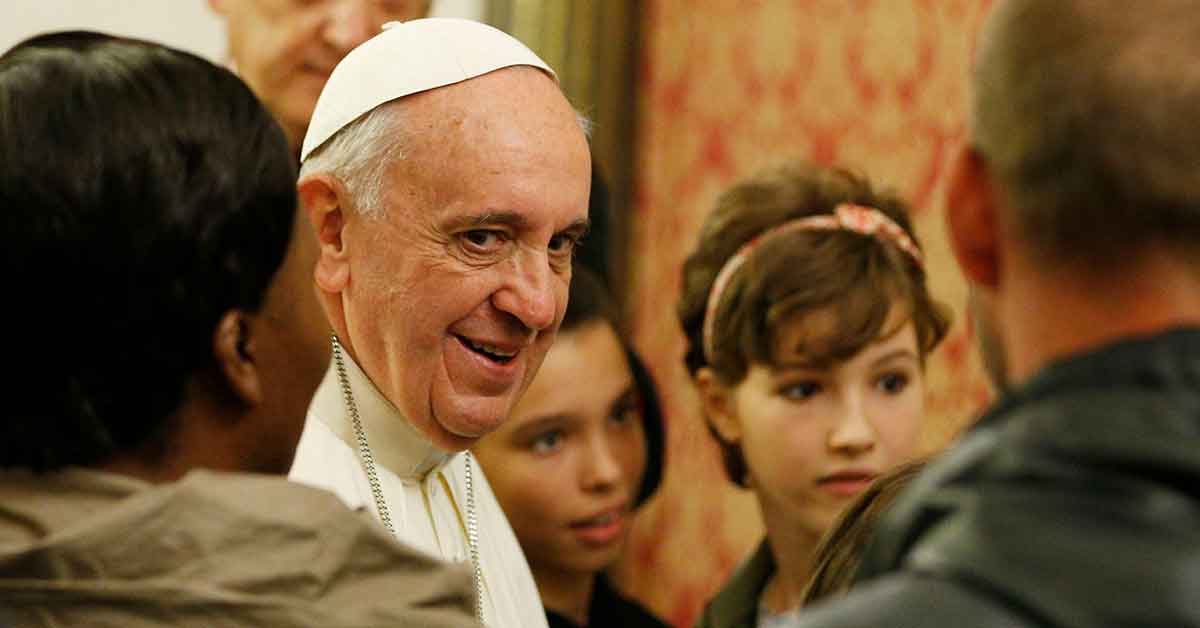 Pope Francis leads a meeting with the poor in the archbishop’s residence in Assisi, Italy, in this Oct. 4, 2013, file photo. The pope will travel to Assisi on Nov. 12 for a time of listening and prayer with 500 poor people from several countries. (CNS photo/Paul Haring)

Pope Francis plans to prepare for his celebration of the World Day of the Poor by meeting with and listening to some 500 poor people making a pilgrimage to Assisi, Italy, on November 12.

Two days later, on the World Day of the Poor, the pope will celebrate a Mass in St Peter’s Basilica with about 2,000 poor people and those who assist them, the Vatican said. Everyone will be offered a hot meal after Mass.

The Vatican said on November 8 the gifts will be packaged by the +Three project, “which promotes products made in respect of environmental and economic sustainability within an ethical and socially useful supply chain.”

The Pontifical Council for Promoting New Evangelisation, which promotes and organises the World Day of the Poor, said Pope Francis will pay particular attention this year to 40 groups homes that care for children or children and their mothers, delivering a two-month supply of personal care products and food, especially baby food.

With donations from a grocery store chain and a pasta manufacturer, it said, the group homes and local parishes and charities will share five tons of pasta, one ton of rice, two tons of tomato puree, 1,000 litres of oil and 3,000 litres of milk.

The Vatican also has prepared 5,000 kits filled with common over-the-counter medications for distribution to the poor through Rome parishes, the council said. And an Italian financial services company has made a donation that will allow the office of the papal almoner to help 500 families pay their gas and utility bills, the council said