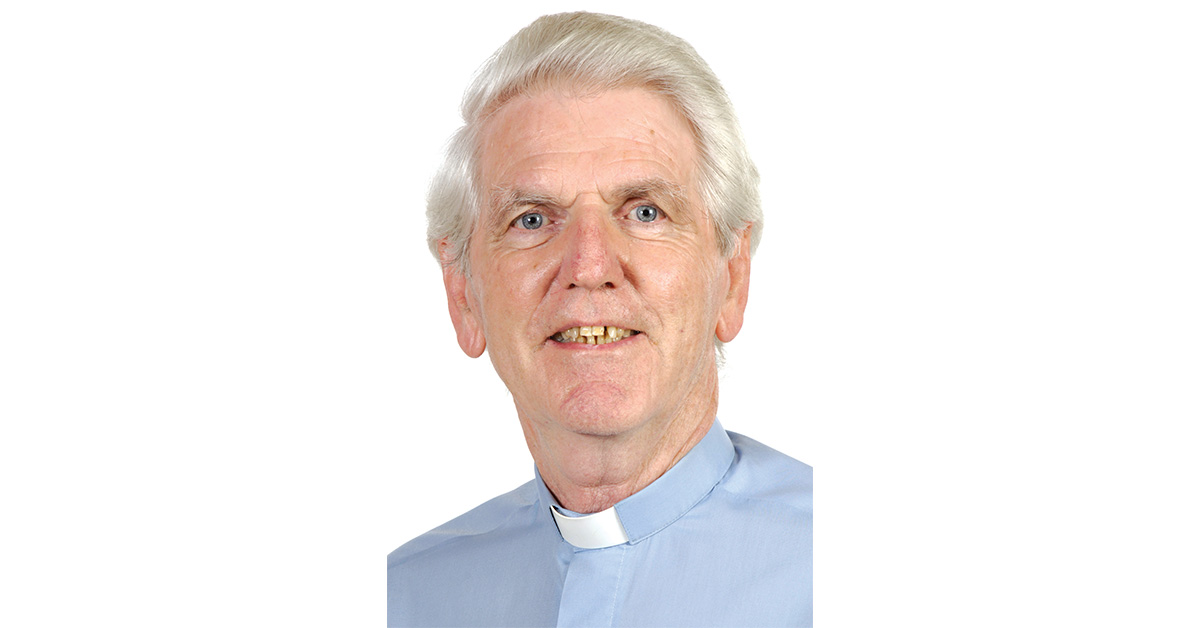 St Theresa’s parish in Mogwase, Diocese of Rustenburg, celebrated the 60th anniversary of the Ordination of Fr Vincent Brennan SMA. The Society of African Missions (SMA) paid tribute to him by recalling the past 60 years of his life.

By Winnie Rocchicccioli – Today, we are gathered together to celebrate the 60th anniversary of Fr Vincent Brennan SMA’s ordination.  Fr Vincent, the communities of Lekgraal, Moruleng, Lerome, Monakato and Mogwase wish you a very blessed and joyful day as you celebrate Mass with your people. You have selflessly given yourself to the people of Nigeria and South Africa for the past 60 years.  You have touched many, many lives and been an inspiration to many people.  Congratulations Fr Vincent, you are an inspiration to us all.

Fr Vincent Brennan was born in Elphin, Co. Roscommon, Ireland on 22 December 1935. He joined the SMA Fathers immediately after completing his secondary school education. He studied for a degree in English and Geography at the National University of Ireland and completed his seminary training in the Major Seminary at Dromantine in the North of Ireland.

Fr Vincent was ordained a priest on 10 December 1961 and celebrated his first Mass 60 years ago on 11 December 1961.  After ordination, he was appointed to Nigeria.  He left Ireland and sailed to his new life in Nigeria in October 1962.

On arrival in Nigeria, he travelled by train to the northern town of Kafanchan where he spent a few months learning the Hausa language and helping in the local parish at weekends.  Fr Vincent was then appointed to the diocese of Ilorin in the west of Nigeria and ministered to the Yoruba people for the next 22 years.

His passion and commitment to providing quality education to local children brought him to a Teacher Training College in Ilorin, where he initially taught English and Geography and later took over as principal.  Some years later a Moslem Emir asked Fr Vincent to run a Secondary School for his people in the small town of New Bussa on the banks of the River Niger.  Again, Fr Vincent readily accepted the challenge and spent seven years in New Bussa building up and running the school, a school that is still functioning today.

The Education Department of Kwara State then asked Fr Vincent to head a combined College of Education and Secondary School and he did this until 1977 when he was recalled by his bishop to help with the administration of the diocese.  It was in January of the following year, 1978, that I first met Fr Vincent.

Fr Vincent served as Diocesan Secretary in the Diocese of Ilorin for the next five years.  During his time as diocesan secretary, he also wrote a weekly column for the Nigerian Herald newspaper entitled “From the Pulpit” as well as producing and presenting religious programmes for broadcast on the local radio and television stations.

Having completed a communications course at the Catholic Communications Centre in Dublin, Ireland, and with the backing of his Bishop, Fr Vincent began plans to build a diocesan Communications Centre in Ilorin.  He worked tirelessly to secure funding for the project and the building of the centre began in 1980 and was completed in 1981.  The studio was equipped to record radio programmes which were then broadcast on the local radio station.  Although Fr Vincent put a lot of effort and sweat into the setting up of this facility he never worked there.  But this did not stop him from encouraging those who did.

In September 1981 Fr Vincent began a sabbatical year in Rome. He obtained a Master’s Degree (with distinction) in Missiology in June of 1982.

On his return to Nigeria and to the diocese of Ilorin in September of 1982, Fr Vincent was appointed Parish Priest of Bacita, a small rural village on the edge of a large sugar plantation.  Fr Vincent served Bacita and the surrounding villages for the next two years.

In 1984, while on home leave in Ireland, he was asked by the Provincial of the SMA Fathers to transfer to South Africa to form part of a pioneering team of SMA priests who were being sent to minister to the people in the Prefecture of Rustenburg (now the Diocese of Rustenburg).  Although it was not easy to leave Nigeria after twenty plus years, Fr Vincent agreed to the transfer.  He returned to Nigeria for the last time in September 1984 and spent his final months there in the parish of Jebba on the banks of the River Niger.  After twenty-three years, on 6 January 1985, Fr Vincent left the diocese of Ilorin but he remained in the hearts of the people he had served with such dedication.

Fr Vincent arrived in South Africa at the beginning of February 1985 and after studying the Tswana language at the Stigmatine House in Pretoria for some months, took up his appointment as Parish Priest of the Modimong Pastoral Area. During his stay in Modimong, he worked tirelessly building up the many Christian communities making up the parish and initiating the building of new churches in many of the villages served from Modimong.

In 1990 Fr Vincent was transferred to Phokeng where he set up the Diocesan Pastoral Centre and served as Parish Priest for the Phokeng pastoral area as well as the growing Catholic community at Mogwase.

He has served as both Vicar for Education and Vicar for Catechetics for the diocese.  As Vicar for Education, he played a pivotal role in discussions and negotiations with the then Bophuthatswana Department of Education which resulted in the opening of Holy Family School and Mankwe Christian College of Education in 1992 and he continued to play an active part in both institutions for several years.

In January 1992 he was appointed as both Parish Priest of the Mogwase Pastoral Area and as Chaplain to the newly opened Mankwe Christian College. Initially, Fr Vincent lived on the College Campus, but once a plot for a church had been allocated in Mogwase, a parish house was built and he moved to the Church site where he oversaw the building of St Theresa’s church.  New churches at Lerome and Saulspoort were also built and the Church at Monakato was renovated.  In recent years a second church has also been built in Mogwase and named Good Shepherd.

During this time Fr Vincent also studied privately for a Master‘s Degree in Canon Law which he obtained, with distinction, from St Augustine College of South Africa.

From 1992 to 1998 he held the post of Chairman of the Southern African Council of Priests (SACOP).  Then, in 1999, he was appointed as Associate Secretary-General of the Southern African Catholic Bishops’ Conference, a post he held for the next six years.  In 2006 Fr Vincent was appointed as Secretary-General of the Bishops’ Conference, a post he held until February 2012.  Throughout his time at Khanya House, Fr Vincent continued to tirelessly serve the Mogwase Pastoral Area, building up each community and encouraging greater and fuller participation of all members in the life and ministry of the Church.