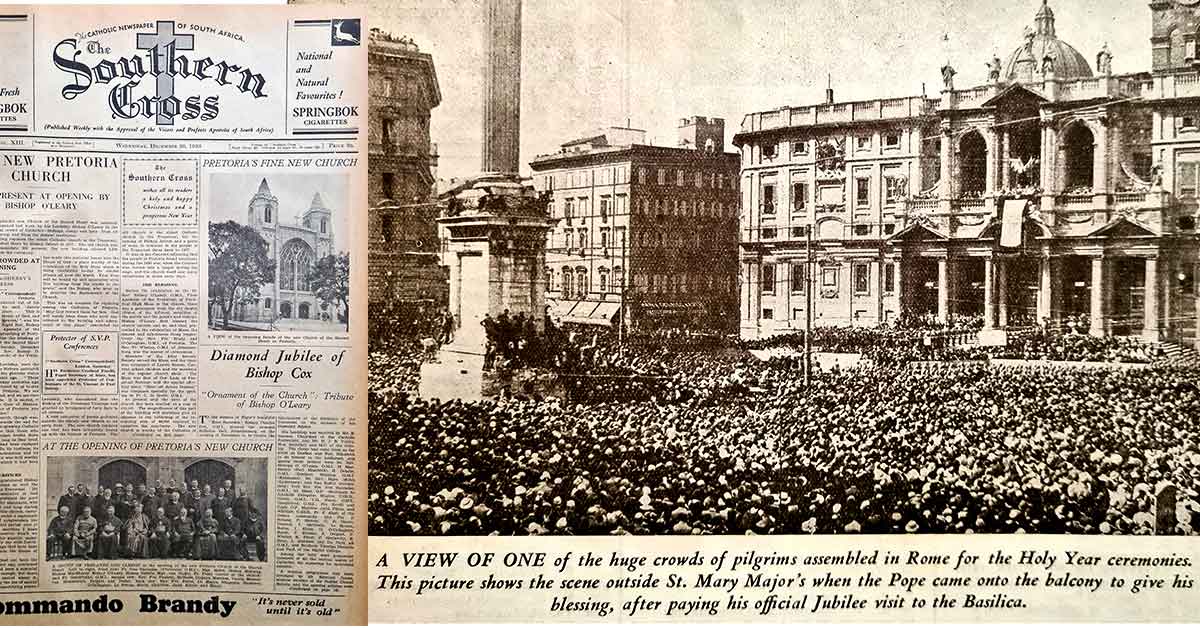 The new church of the Sacred Heart in Pretoria [now cathedral] was solemnly blessed and opened by Bishop David O’Leary OMI of the vicariate of Transvaal before a capacity congregation of 1500. The sermon was preached by Bishop Hugh MacSherry of the Eastern Cape. The offertory hymn was specially composed by Fr Charles de Hovre OMI. The new church replaces the Transvaal’s oldest church, built in 1877, which could accommodate only 200 people.
The day after saw the celebration of the diamond jubilee of Bishop Charles Cox OMI, retired of Transvaal, at Selborne Hall in Johannesburg.

After a long drought, the Orange river is in full flood again — but too late for this year’s harvest, which will be only 25% of the normal. Bishop Odilon Fages OSFS of the vicariate of Keimoes writes. The region around Pella in the northern Cape is still waiting for a drop of rain, and in other areas precipitation has been patchy.

In his editorial, Mgr John Colgan notes that at Christmas, “we become child-like [as] we enter into the children’s joys: we shower down our gifts on them; we lose ourselves in their innocent gaiety”.

See previous “From The Vaults” articles at www.scross.co.za/vaults