Cardinal Pell to Becciu: What was that $2M payment actually for? 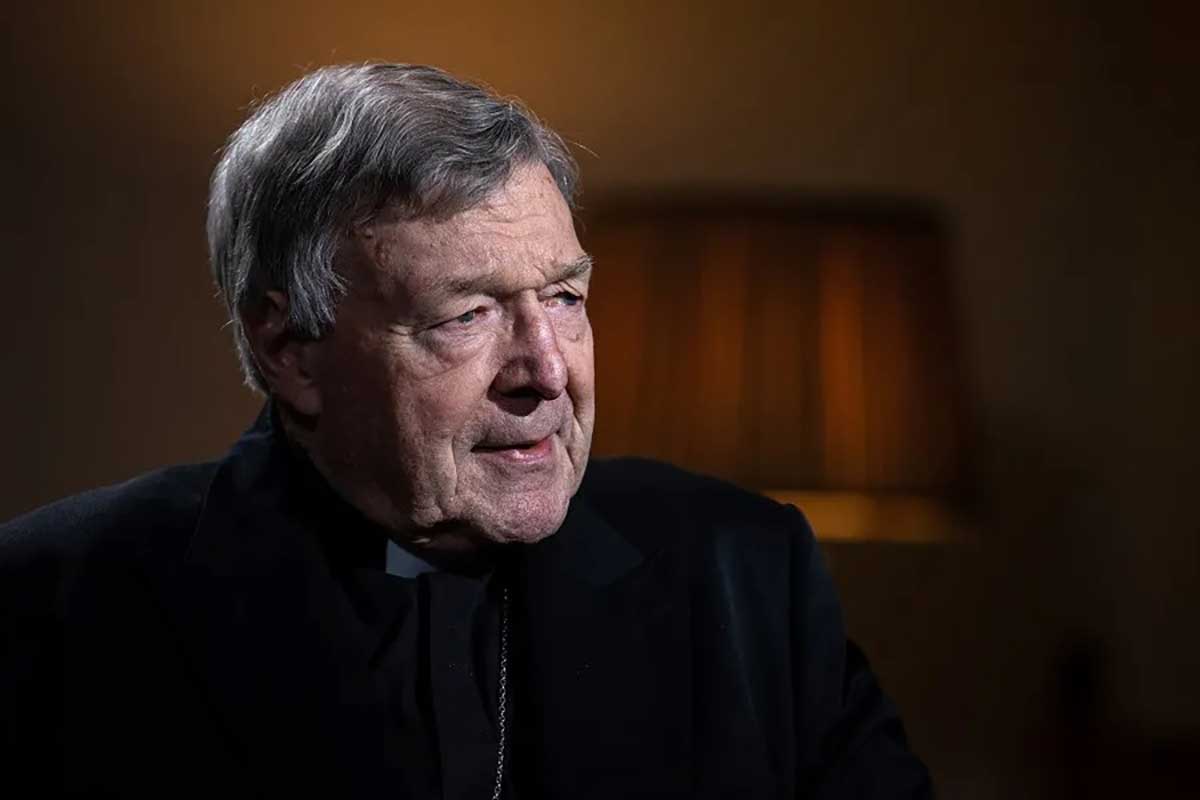 Cardinal George Pell says that he does not harbour any ill will toward the man whose sexual assault accusation sent the Australian prelate to prison for 13 months, but he still wants to know why the Vatican sent more than $2 million to Australia during his trial.

Pell, the former archbishop of Sydney and the prefect emeritus of the Secretariat for the Economy, was released from prison on April 7, 2020, after the Australian High Court unanimously found that the jury which convicted him on Dec. 11, 2018 should not have found him guilty beyond a reasonable doubt.

Pell was initially found guilty of sexually assaulting two choirboys in 1996, a claim he had always denied. He was freed 13 months into a six-year sentence.

Since being freed, Pell has published his prison diaries in a series of volumes. His latest, “Prison Journal, Volume 3: The High Court Frees an Innocent Man,” was published by Ignatius Press on Nov. 2, 2021.

The books contain Pell’s reflections on his time in jail, which was mostly spent in solitary confinement. He now splits his time between Rome and Sydney. He spoke to CNA in early December while promoting his book in the United States.

“We have one basic unanswered question,” Pell told CNA in a phone interview. “We do know — this has been confirmed by Cardinal [Angelo] Becciu — that $2,300,000 [AUD] was sent from the Vatican Secretary of State to Australia.”

Monsignor Alberto Perlasca, a former senior official at the Vatican’s Secretariat of State, has said that the funds were sent to the Australian Conference of Bishops for Pell’s expenses during his trial and imprisonment.

The Australian Conference of Bishops, however, disputes this claim, and says it did not receive the money.

“The conference of bishops has said ‘no such money ever arrived, certainly, we didn’t receive it,’” said Pell. “So the unanswered question is: If the money wasn’t sent for something to do with my case, why was it sent?”

Pell said that if “a good reason can be given” for why the funds were sent to Australia, “then we can get on with our life and investigate other directions.”

“But it’s a major unanswered question. And as I said, Cardinal Becciu confirms that the money was sent, and he believes it’s none of my business as to why it was sent.”

The cardinal was unable to explain why Becciu would characterize money purportedly sent for his expenses as “none of [his] business.”

Pell said it would be “very nice to resolve” the matter of the funds being transferred to Australia, and is seeking any answer at all.

Pell’s first appeal, to the country’s supreme court, was denied by 2-1. Disheartened, he at first did not want to pursue further appeals.

It was never the plan to write about his time in prison, he told CNA. Namely, he did not think he would ever be in this situation to begin with.

“I realized that it’s a bit unusual for cardinals being jailed in western democracies, so that, you know, people might be a bit interested in my account of how that worked,” said Pell, on deciding to publish his diaries.

“I never dreamt that I would be found guilty,” he said to CNA. “I knew that nothing had happened and there wasn’t one witness who supported the complainant.”

One of the boys who Pell was said to have abused died in 2014 of a heroin overdose at the age of 30. He never reported being abused.

The surviving complainant “changed his story 24 times” during the course of the trial, Pell said.

Despite this, Pell told CNA that he “never felt any great antagonism towards the complainant.”

“I’ve never met him even when he was in the choir,” he said. Pell described his accuser, who he saw on video screens, as a “wounded, worried person.”

In an interview with the National Catholic Register, Pell said that he had forgiven his accuser, and that he made the conscious decision to forgive him.

“I realized that whatever else was true about him, he’d suffered in his lifetime,” Pell told the Register. “When he gave evidence, I had thought he wasn’t particularly together.”

Looking ahead, Pell told CNA that while he would like to see some sort of inquiry into his case and how the miscarriage of justice was allowed to go on for so long, he does not see that happening.

“I’d welcome such an inquiry,” he said. “But while the present government remains in power in the state of Victoria, I can’t see that happening.”

Pell acknowledged that in the past, “authorities were very reluctant to believe that complainants were speaking the truth” about clerical sexual abuse. “And that was very wrong.”

“And now, I think, the pendulum has swung too far in the opposite direction. And some people are inclined to believe that the person must be guilty if such a person is accused [of some sort of crime].”

This has resulted in what Pell called “a considerable amount of injustice,” as “there’s no justice for one party if there isn’t justice for all.”

He said there is a need for “a mechanism so that people who have been abused can complain and will have their complaints treated justly and sensitively, and have access to compensation and counselling.”

“But also, part of that, and this, it can be very difficult,” he said. “There must be justice also for those who are accused — and in the English-speaking world, the tradition of ‘innocent until proven guilty,’ and the necessity of due process is, I think, very, very important.”

These policies are “a guarantee of civilisation so that we’re not ruled by lynch mobs,” said Pell.

All other charges against Pell were dismissed due to lack of evidence.

Pell noted that both prison and his experience as a seminarian before Vatican II prepared him well for the ongoing lockdowns to combat the spread of coronavirus.

“I’m well and truly adjusted to freedom, and it didn’t take much adjusting and it was aided by the fact that I came out to a world under COVID regulation,” he said.