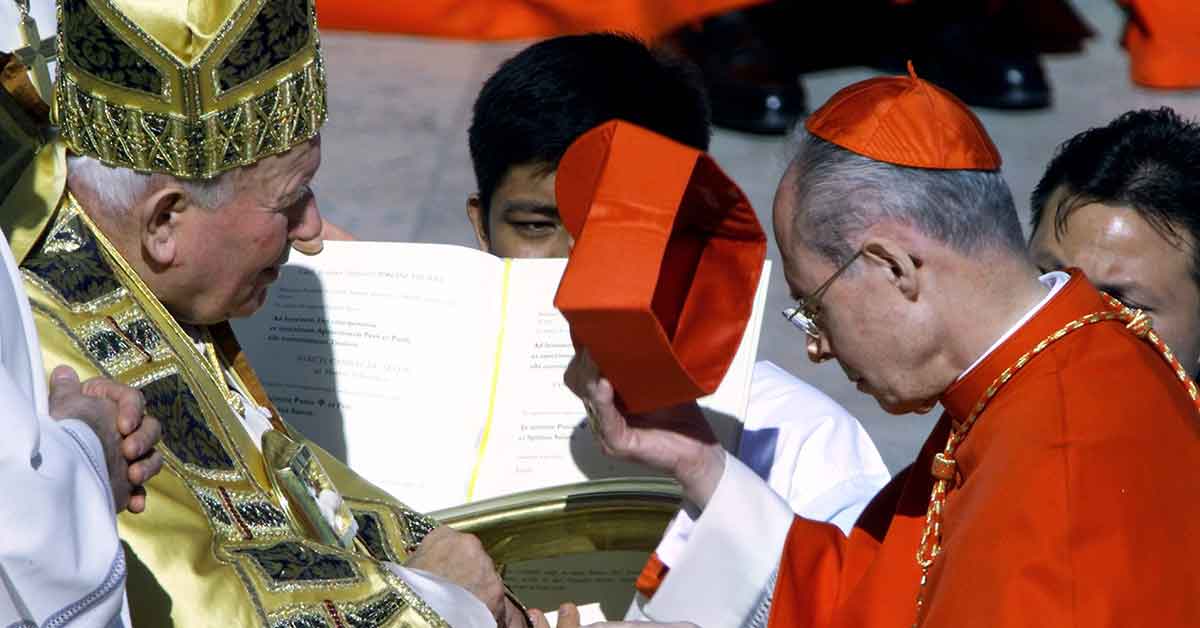 Spanish Cardinal Francisco Álvarez Martínez, retired archbishop of Toledo, Spain, died in Madrid on Jan. 5, 2022, at the age of 96. He is pictured receiving the red biretta from Pope John Paul II during a consistory at which he was made a cardinal in St. Peter’s Square at the Vatican Feb. 21, 2001. (CNS photo/Reuters)

By CNS –  After Spanish Cardinal Francisco Álvarez Martínez died at the age of 96, Pope Francis offered his condolences to the Archdiocese of Toledo at the loss of a “devoted pastor who, for years and with fidelity, gave his life to the service of God and the church.”

The cardinal died on Jan. 5 at a hospital in Madrid.

In announcing the cardinal’s death, the current archbishop of Toledo, Archbishop Francisco Cerro Chaves, described his predecessor as the “118th successor of the apostles in this see,” reflecting the tradition that holds the diocese was founded by the Apostle James in the first century. The archdiocese is Spain’s primatial see.

St. John Paul inducted him into the College of Cardinals in 2001, at the same consistory where then-Archbishop Jorge Mario Bergoglio was created a cardinal. Cardinal Álvarez retired in 2002 at the age of 77.

His death leaves the College of Cardinals with 214 members, 120 of whom are under the age of 80 and eligible to vote in a conclave to elect a new pope.