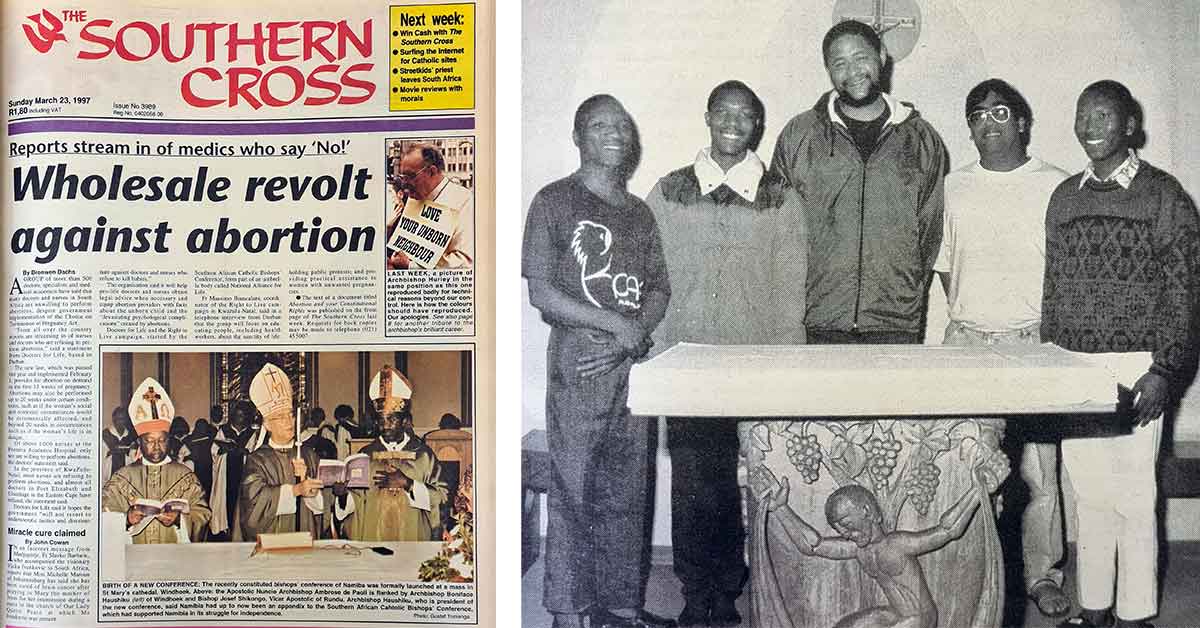 Following the legalisation of abortion in February, “reports are streaming in of nurses and doctors who are refusing to perform abortions”, according to the organisation Doctors For Life. It said that of about 1000 nurses at the Pretoria

Academic Hospital, only ten said they were willing to perform abortions. The organisation also said it would obtain legal advice for pro-life doctors and nurses if necessary.

The recently constituted Namibian bishops’ conference was formally launched at a Mass in Windhoek’s St Mary’s cathedral. At the altar (as pictured on the front-page) were Archbishop Boniface Haushiku of Windhoek, papal nuncio Archbishop Ambrose de Paoli, and Bishop Josef Shikongo of Rundu. Previously Namibia had been part of the Southern African Catholic Bishops’ Conference.

In his editorial, Michael Shackleton writes that “in spite of adversity, the Church is working in Africa to improve the spiritual and temporal welfare of all. Although its influence is often perceived as suspect, the Church must continue to help Africa to help itself.”