God Reaches Out to Us!: Fourth Sunday of Lent 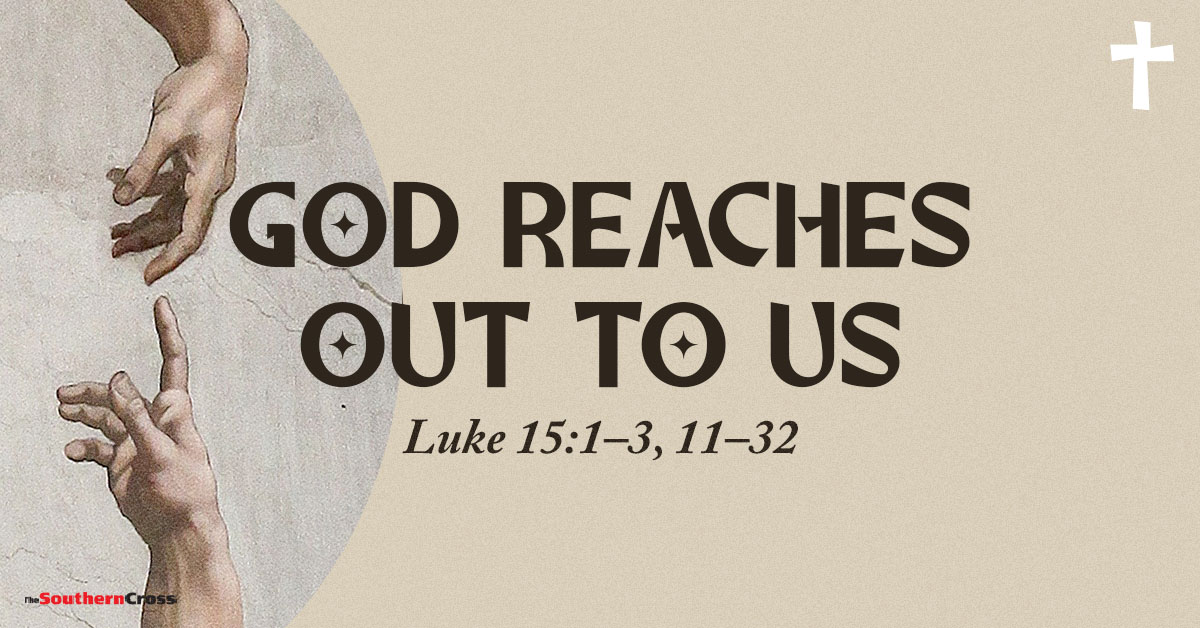 Sermon And Christian Act In The Word –

Theme: Let us reconcile with God! God reaches out to us! The Compassionate Father!

Point of Reflection: We are Midway through the Lenten season, and today’s liturgical readings present God who reaches out to his lost children. In the first reading, the Exodus generation was lost due to their disobedience and idolatry. Still, God reached out to their descendants, fulfilling his promises, and giving them a chance for a new life. In the second reading, St Paul shows how God reached out to sinful humankind through his Son who brought about divine-human reconciliation and thus initiated a “new creation”.

St Paul describes his apostleship as “the ministry of reconciliation”. Sin, in its various forms, separates humanity from God and requires reconciliation. The gospel story shows a God who reaches out to those who separated themselves from him, either by sin or by self-righteousness. These examples provide a powerful assurance that the hand of God is always extended to his lost or separated children. Those who reach out to God can be confident of the truthfulness of the Psalmist’s words, “I sought the Lord, and he answered me, and delivered me from all my fears.”

Sermon (Reflection): Despite the popular title of today’s gospel reading so-called “the parable of the prodigal son”, the story has a two-fold paradigm shift which I prefer to call it “the Compassionate father with two prodigal sons”. It is about the father reaching out to his two lost sons. This story must be read and interpreted in the context of Jesus’s interaction with two groups of people. First, Jesus interacted with tax collectors and sinners who were the religious outcasts of Jewish society because they committed acts that violated God’s laws and harmed others. Second, there were the Pharisees and the scribes who strictly followed God’s laws. They were genuinely appalled by Jesus’ association with the outcasts which would make him impure in the religious sense. These two groups are represented by the two sons in Jesus’ story. In one way or another, each one of us has the character either of one of the son or of both sons.

First, the younger son who is prodigal son represents the tax collectors and sinners. He was truly a sinner. Are we not sinners too? The family property can only be divided after the father’s death. By demanding his share of the property, the younger son acts as if his father was already dead. He then separated himself from the family and squandered everything living a life of debauchery. He ended up becoming a servant of a gentile and eating pig’s food. From the Jewish point of view, he was an utterly disgraced man, permanently excluded from the family and the community. But like the sinners who approached Jesus, he returns to the father with an honest acknowledgement of his sins.

Second, the older son who holds anger represents the Pharisees and the scribes. His merits and his utter devotion to his father and to the family were unquestionable. But this led him into a self-righteous conviction that he alone deserved his father’s favour. For this reason, the older son refused to enter the household where the banquet for the younger brother was held. This, ironically, made him the other “lost son” who separated himself from his celebrating and reunited family because of his self-righteous convictions. As Christians, let us not live in anger but live in love and reconciliation.

The father is the true hero of this story, for he reaches out to both of his lost sons. To the sinner son, he offered unexpected and astonishing forgiveness, restoring him to the full status of a family member. To the older son, to overcome his anger and bring him back into the household, the father offered an assurance that he was his rightful heir who “is always with him”, thus, the story focuses on the father who reaches out to his lost sons to restore them both to the family. The sinner son returned to the family by asking for forgiveness and then accepting it. Interestingly, the story does not report whether the self-righteous older son accepted his father’s words and re-joined the family.

Telling this story, Jesus was making a point that God reaches out to all, both sinners and self-righteous, with an unqualified offer to be his children. During this Lenten season. Let us be reconciled with the father so that we celebrate Easter with clean hearts.

Drenched in sin, sometimes, we have given up any hope of recovery. We feel their sins are unpardonable and do not even dare to call God their Father. They are unable to bring themselves to the fact that the love of God is like the sun at midnight. It shines even in the darkest hour of our lives. His faithfulness is everlasting, and his arms are forever outstretched to welcome us home.

Law enforcement agencies go after criminals to prosecute them, but the outstretched arms of God go after sinners to embrace them. Even outcasts are not cast out of the sight of God. This is graphically expressed in the Gospel text – “While he was still far off, his father saw him and was filled with compassion; he ran and put his arms around him and kissed him” (Cf. Luke 15:20). The attitude of the Father in the Gospel text epitomises God’s attitude towards each one of us.

He loves us as we are and nothing can separate us from the love of God in Jesus Christ, as Paul beautifully stated (Cf. Romans 8:39).

Generally, parents see something of themselves in their children. In their children, they see the flesh of their flesh and bones of their bones. Even those who are adopted parents often develop an affinity for those under their care and this creates a strong bond. It is said that “a loving mother bathing her baby does not throw away the latter with the dirty water”. A loving mother would not sit unconcerned when her baby falls to the ground.

During this season of Lent, God calls each one of us back home. He calls us to come back not because he wants to punish us for sins committed but to offer us the balm that would heal the festering wound caused by sin. His arms reach out to us, not with a blow of the fist but a glow of a feast. He wipes away our tears and fills our hearts with the light of joy.

Today, we need to pray for reconciliation. In the second and third weeks of lent sermons, we shared about recognising sin and repentance. And this week we are inviting each other to reconciliation as the Father is so compassionate and let us reconcile with ourselves in love.

Action: This week, I am going to open my heart to be reconciled with the compassionate Father.

Prayer: Eternal Father, today, we accept that we are sinners as the two lost sons in the Gospel of today, we open our hearts to be reconciled with You who is the compassionate Father who always reaches out to his children. Through your Son, Jesus Christ who revealed to us your compassionate face, may we be renewed today and deepen our faith and help us to be compassionate in love with each other as children of God, grant this through the same Son Christ our Lord, Amen.