On the way to Calvary! Hosanna!: Passion Sunday 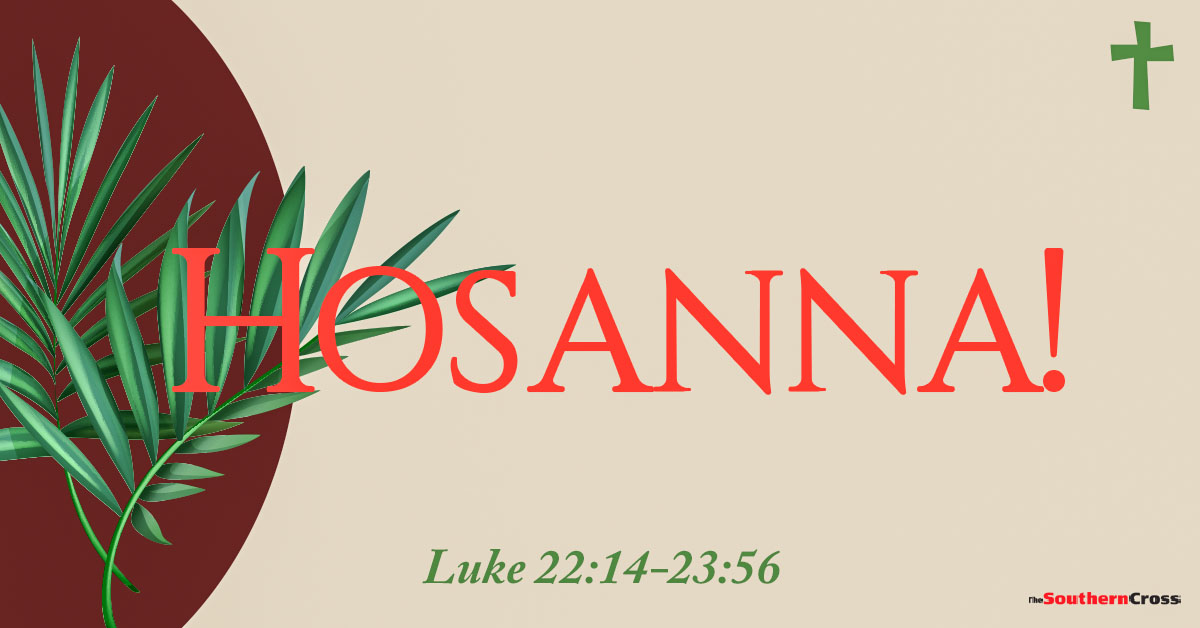 Theme: On the way to Calvary! Hosanna!Hosanna!Costly Obedience!

Point of Reflection: The readings of the Passion Sunday brim with meaning and significance as they narrate and interpret the pivotal event in the Christian faith, thus, the passion and the death of Jesus of Nazareth.

Sermon (Reflection): Jesus died with dignity, having obediently served God’s plan of salvation and having fulfilled his mission as the saviour. Pilate yielded to the Jewish leadership and failed in his task to uphold justice. In the end, it was Jesus’ costly obedience that bore the fruit of salvation for all humanity, starting with the repentant criminal. As we begin holy week, perhaps, one can examine himself or herself: am I ready to carry the cross? Am I ready to go to Calvary? Am I ready to die with Christ on Good Friday?

This death should be our confession of sins so that we should resurrect with Christ on Easter with clean and pure hearts. This must be our mission during this holy week.

The Gospel reading contains Luke’s description of Jesus’ last hours before dying on the cross. One of its striking features is the stark contrast between Pilate and Jesus. Pontius Pilate, a powerful Roman procurator with the authority to release or to condemn Jesus, finds himself torn between his role as a judge entrusted with the execution of Roman justice and the demands of the Jewish leaders which go against it. Whom is he going to obey, the Roman law or the leaders? Pilate interrogated Jesus, and already at this first hearing recognized his innocence. As he publicly declared his “not guilty” verdict, the Jewish leaders persisted in their accusations and demands. Pilate then attempted to escape his responsibility as a judge by sending Jesus for judgment to Herod. But Herod also found Jesus innocent of any crime (cf. Luke 23:15). Pilate would declare Jesus innocent two more times, each time meeting with strong opposition from the leaders who made repeated demands for Jesus’ death. Pilate’s dilemma lay in the choice of whether to be just, obey the law, and release this innocent man, or whether to yield to the Jewish leaders and condemn him. The procurator made his difficult but unjust choice, acceding to the Jewish leaders’ demands and condemning Jesus to death. Pilate’s was costly but misguided obedience.

Jesus stands in complete contrast to Pilate. His passion is the culmination of his mission on earth. He was sent into the world as its saviour, a mission he obediently carried out to its conclusion on the cross. Thus, he courageously confirmed to Pilate that he is the king of the Jews and made no further attempts to defend or save himself. On the way to the crucifixion, he admonished the weeping women not to mourn for him but to be concerned with their fate and the fate of their children. On the cross he prayed for forgiveness for his executioners who knew full well what they are doing – they were killing Jesus – but had no clue as to the true significance of their criminal deeds.

Finally, Jesus’ final act on this earth was that of saving the repentant criminal crucified next to him. Jesus was true and obedient to his purpose and mission as the saviour to the very last moment of his life.

The first reading contains the third song of the servant appearing in the book of Isaiah. Unlike the last, fourth, song, which contains an image of the suffering servant, the third song portrays the servant as a rejected prophet. This servant-prophet suffers rejection and violence. He is beaten and humiliated by the very people whom he addressed with God’s message. This matches the experience of many other prophets who found themselves opposed and persecuted. Despite great challenges, these prophets obediently delivered God’s message without turning away from their mission on the account of opposition. Their costly obedience was significant because it made God’s message known and heard amid the rebellious voices of God’s opponents. The chief source of these prophets’ strength was their confidence in God’s sustaining presence, which is also expressed by Isaiah’s rejected servant-prophet in the concluding part of today’s passage. As Christians, we need to have confidence in God. As we begin the holy week, let us follow the Lord with obedience.

The second reading contains one of Paul’s most significant and complete expositions of Jesus’ salvific mission. Exhorting the Christians in Philippi to humility and mutual service, Paul gave them Jesus as an example to follow. Paul’s presentation takes the form of a hymn. At its heart stands the statement that Jesus became obedient to the point of death on the cross. A common interpretation of this statement holds that Jesus was obedient to God who somehow required his son to die. This interpretation is inadequate, as the study of the entire hymn reveals.

In this magnificent presentation, Paul presents Jesus as God’s true servant, who, obedient to God’s will that all people be saved, made that salvation possible by defeating death. This was costly obedience since it took Jesus to the cross, but its effects are truly magnificent.

The lives of the prophets as well as that of Jesus teach us that obedience to God is not a matter of eating a piece of cake decorated with icing. On the contrary, obedience comes with a lot of sacrifices and pain. In the person of Jesus, we have a vivid example of how costly obedience to God can be. We are told that he was “obedient unto death, even death on a cross.” The story of his public ministry, however, did not end on the cross. It ended in triumph over death and resurrection. There is an Akan proverb that says, “An obedient dog sleeps close to his master’s chest.” When we treasure obedience, we remain forever in the presence of God.

In every vocation, there is a cross, either in marriage life or priestly life or religious life or single life, let us carry our crosses to Golgotha and the ultimate sacrifice must be made.

Action: I will allow my sins died with Jesus on Good Friday so that on Easter Sunday, I should resurrect with Christ as a better person.

Prayer:  Holy Triune God, Deepen our faith in you during this Holy Week and guide us on the road to Calvary. May we rise with Christ on Easter with clean and pure hearts, grant this through Christ our Lord, Amen.