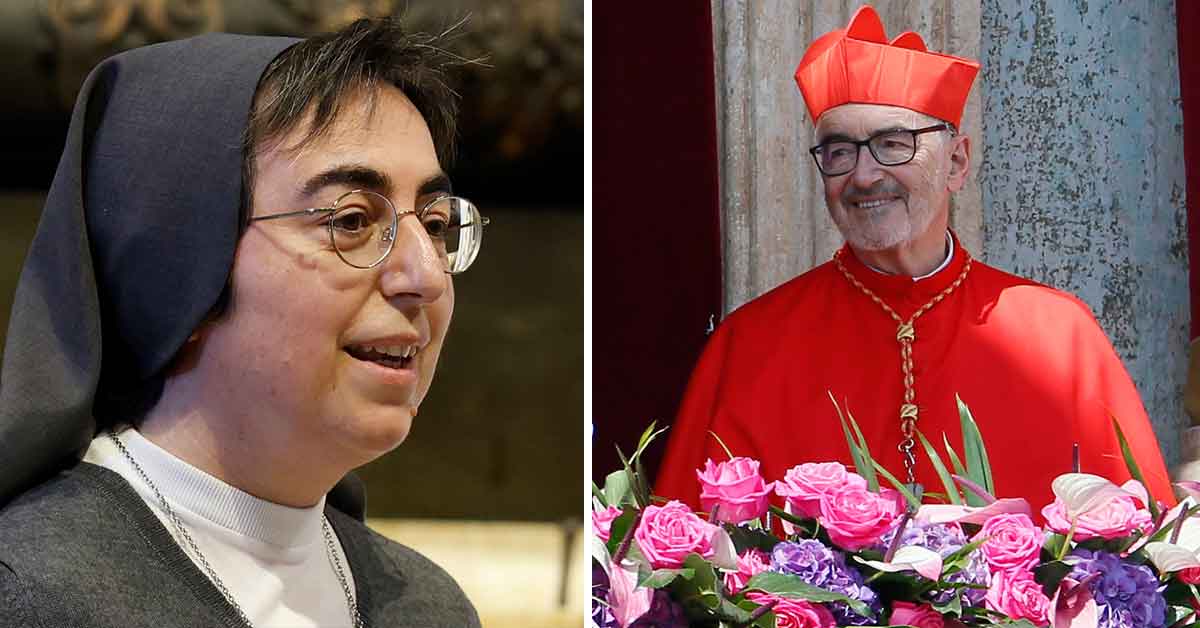 (Left) Salesian Sister Alessandra Smerilli has been appointed by Pope Francis as the secretary of the Vatican’s Dicastery for Promoting Integral Human Development. She is pictured speaking at a Mass marking World Day of the Sick in St. Peter’s Basilica at the Vatican in this Feb. 11, 2022, file photo. (CNS photo/Paul Haring). (Right) Cardinal Michael Czerny looks on as Pope Francis delivers his Easter message and blessing “urbi et orbi” (to the city and the world) from the central balcony of St. Peter’s Basilica at the Vatican April 17, 2022. The pope has named Cardinal Czerny as the new prefect of the Dicastery for Promoting Integral Human Development. (CNS photo/Paul Haring)

By Carol Glatz – Pope Francis formalised new appointments to the Dicastery for Promoting Integral Human Development and named the new secretaries to the restructured Dicastery for the Doctrine of the Faith.

After serving as interim prefect and interim secretary respectively since Jan. 1, Canadian Cardinal Michael Czerny has been appointed to a five-year term as prefect of the Dicastery for Promoting Integral Human Development and Italian Salesian Sister Alessandra Smerilli as the secretary of the same dicastery.

The pope also appointed new secretaries to the newly restructured Dicastery for the Doctrine of the Faith. Cardinal Luis Ladaria remains prefect of the dicastery.

Msgr. Kennedy, a priest of the Archdiocese of Dublin, is a canon lawyer, and he served as an official of the doctrinal congregation from 2003 to 2017. Since 2017, he has been head of the congregation’s disciplinary section.

The dicastery’s new discipline section handles those offences and crimes reserved to the congregation – particularly clerical sexual abuse cases – and its supreme tribunal. It prepares and elaborates procedures in accordance with canon law so as to “promote a correct administration of justice,” and it promotes formation initiatives for bishops, dioceses and canon lawyers for “a correct understanding and application of canonical norms.”

The papal constitution places the Pontifical Commission for the Protection of Minors within the doctrinal dicastery; the commission’s task will be to provide the pope with advice and expertise and to propose appropriate initiatives for the protection of minors and vulnerable people.