Founder of Scalabrinians to be Canonised 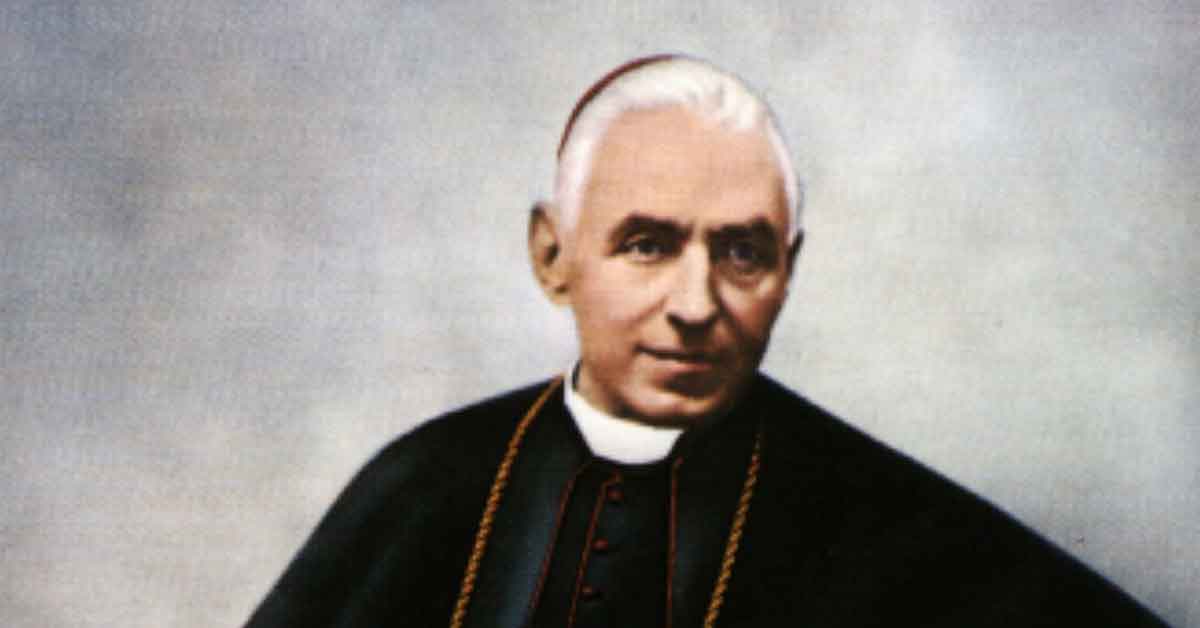 Pope Francis has approved the canonisation of Bishop Giovanni Battista Scalabrini, shown in this portrait. The Italian bishop, who died in 1905, founded men’s and women’s religious orders to serve migrants. (CNS photo)

By Junno Arocho Esteves – Pope Francis has cleared the way for the canonisation of Blessed Giovanni Battista Scalabrini, founder of the Scalabrinian missionaries, dispensing the requirement of a miracle attributed to his intercession, the Vatican announced.

The pope will convene a consistory – a meeting of cardinals resident in Rome and the official promoters of the causes – to set a date for the canonisations of Blessed Scalabrini and Blessed Artémides Zatti, a Salesian brother who was a pharmacist in Argentina and known for his care for the sick, the Vatican announced May 21.

The Vatican did not immediately announce the date for the consistory, which formally ends the sainthood process.

Since its founding, the Scalabrinians have continued their pastoral ministry “in 32 countries and on five continents,” the congregation’s website said. This includes South Africa, where they are actively helping migrants.

Generally, for beatification of a person who was not martyred for the faith, the Catholic Church requires the recognition of a miracle attributed to his or her intercession. For canonisation, another miracle, occurring after beatification, is requested.

On the recommendation of the cardinal and bishops who are members of the Congregation for Saints’ Causes, Pope Francis waived the requirement for Blessed Scalabrini’s canonisation.

In April, the pope recognised a miracle attributed to Blessed Zatti, who was born in the northern Italian city of Reggio Emilia in 1880. Blessed Zatti’s family immigrated to Bahía Blanca, Argentina, in 1897, and at the age of 19, he was accepted by the Salesians to study for the priesthood. However, he was forced to abandon his studies after falling ill with tuberculosis.

After making a vow to Mary to serve the sick and the poor for the rest of his life if he was healed, Blessed Zatti made good on his promise and, after professing his vows as a Salesian brother in 1908, worked at a Salesian-run hospital where he served for more than 40 years as a trained pharmacist, nurse and operating-room assistant as well as handling the hospitals budget and personnel.

Blessed Zatti was diagnosed with liver cancer and died in 1951.

The announcement of the canonisations came after the pope met with Cardinal Marcello Semeraro, prefect of the Congregation for Saints’ Causes, to authorise the publication of decrees advancing the sainthood causes of five men and three women.

— A miracle attributed to Maria de la Concepción Barrecheguren García, a Spanish laywoman, who was born in 1905 and died in 1927.

— The heroic virtues of Filipino Archbishop Teofilo Bastida Camomot, founder of the Congregation of the Daughters of St. Teresa. He was born in 1914 and died in 1988.

— The heroic virtues of Spanish Father José Torres Padilla, co-founder of the Sisters of the Company of the Cross. He was born in 1811 and died in 1878.

— The heroic virtues of Capuchin Father Clemente Recalcati, known in religious life as Father Giampietro of Sesto San Giovanni, founder of the Missionary Capuchin Sisters of St. Francis of Assisi. He was born in Italy in 1868 and died in Brazil in 1913.

— The heroic virtues of Franciscan Father Alfredo Morganti, who was born in Italy in 1886 and died in 1969.

— The heroic virtues of Sister Marianna Allsopp González-Manrique, also known as Sister Mariana de la Santísima Trinidad, co-founder of the Sisters of the Holy Trinity. She was born in Mexico in 1854 and died in Spain in 1933.

— The heroic virtues of Janina Woynarowska, a Polish laywoman who was born in 1923 and died in 1979.