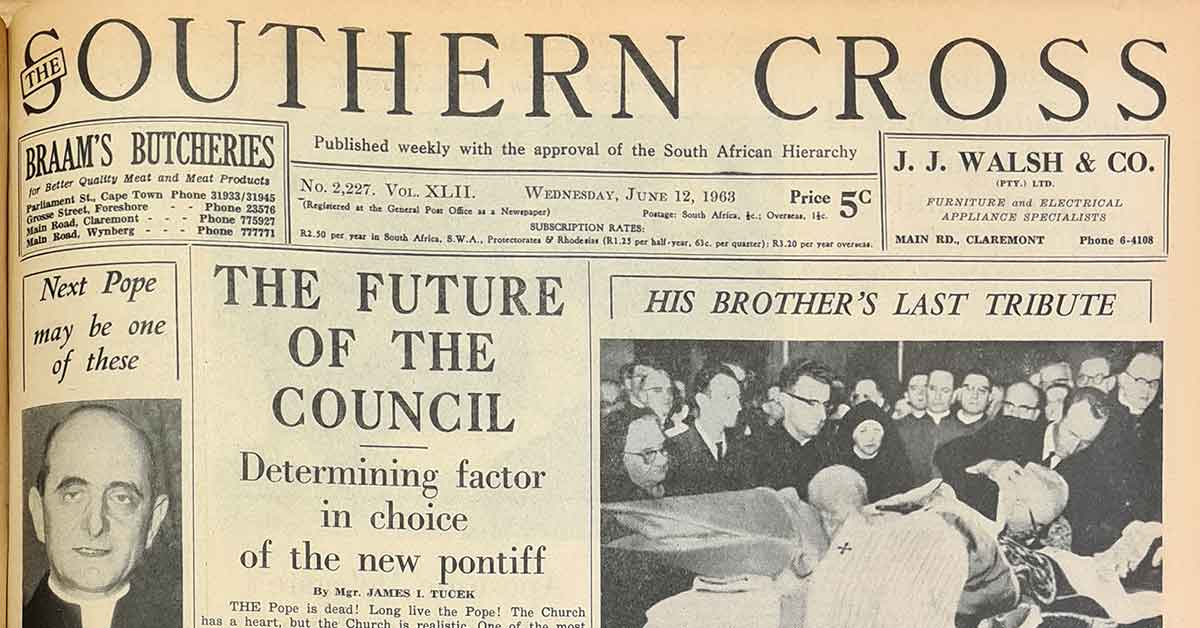 Who’ll be the next pope?

The cardinals of the Church will meet in conclave in the Vatican to elect the successor to the late Pope John XXIII, who died on June 3. The Southern Cross picks three frontrunners: Cardinals Giovanni Montini, 65, of Milan; Giacomo Lercaro, 71, of Bologna; and Giuseppe Siri, 57, of Genoa. [Spoiler Alert: Montini will win and serve as Paul VI.]

What will become of Vatican II?

While it is true that a council dies with the pope, it seems certain that the Second Vatican Council will be reconvoked under the next pope, especially since the late Pope John XXIII’s reported deathbed wish that he’d do so cannot be taken lightly, experts say.

To show that one cares for a loved one who has died “means caring for what was close to his heart”, writes acting editor Mgr Cornelius Lynch. In the case of the late Pope John XXIII, this means, firstly, that we must make the unity of the Church our priority. Secondly, we must follow his lead in working for peace.