Pope: Elderly Christians Bear Witness to the Strength that Comes from God 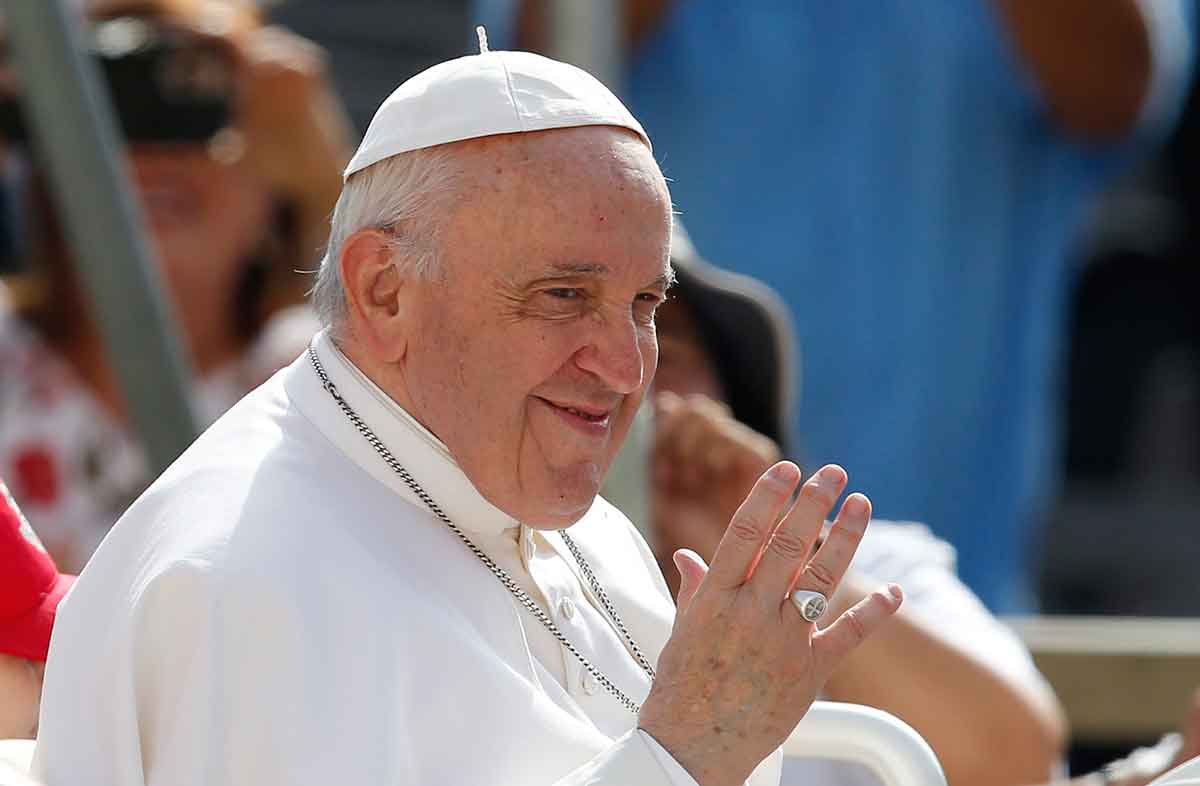 Pope Francis greets the crowd during his general audience in St. Peter’s Square at the Vatican June 22, 2022. (CNS photo/Paul Haring)

By Junno Arocho Esteves – Elderly Christians are called to bear witness to the strength that comes from God, especially when moments of frailty and weakness make them dependent on others, Pope Francis said.

“Our dependency grows with sickness, with old age, and we are no longer self-sufficient as before. Our dependence on others grows and even our faith matures; even there, Jesus is with us, even there that richness of a faith well-lived along the path of life flows out,” the pope said June 22 during his weekly general audience.

Arriving at St. Peter’s Square in his popemobile, the pope stopped briefly and welcomed aboard several Ukrainian children. According to the Vatican press office, the children were refugees who fled the war and are studying at an elementary school in Rome.

Before concluding the audience, the pope urged the faithful to “not forget about Ukraine.”

“Let us not forget the suffering of that martyred people,” he said.

He also mourned the killing of two Jesuits and a layman in northern Mexico June 20. According to the Jesuits, gunmen stormed the parish church in parish in the community of Cerocahui in the Copper Canyon of Chihuahua state while in pursuit of the layman, who worked as a tour guide.

The priests came outside after the gunmen killed the man, and were subsequently shot.

“How many killings in Mexico!” the pope lamented. “I am close with affection and prayer to the Catholic community affected by this tragedy. Once again, I repeat that violence does not solve problems, but increases needless suffering.”

In his main talk, the pope continued his series of catecheses on old age and reflected on St. John’s account of Jesus’ warning to Peter that “when you are old you will stretch out your hands, and someone else will dress you and lead you where you do not want to go.” 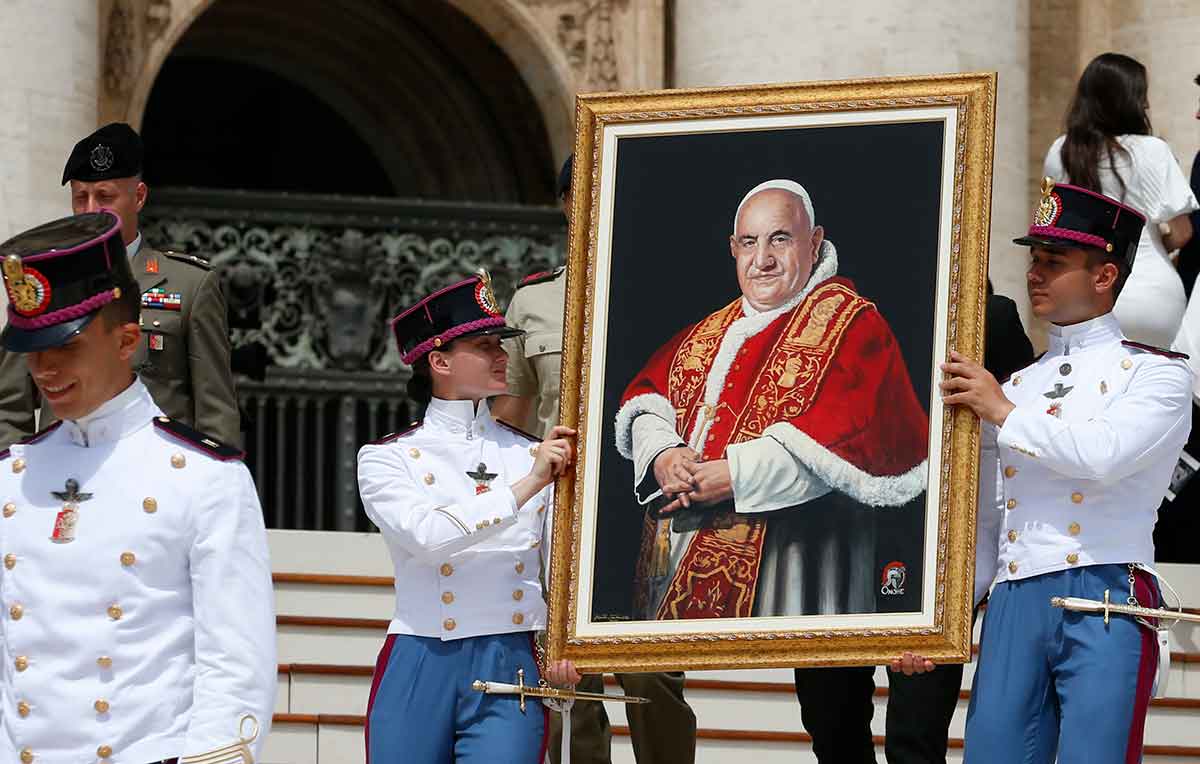 Cadets from the Military Academy of Modena carry a portrait of St. John XXIII after presenting it to Pope Francis at his general audience in St. Peter’s Square at the Vatican June 22, 2022. (CNS photo/Paul Haring)

Jesus’ words to Peter, he explained, reveal an open, frank and direct relationship that is “truthful.” Often, Christians can be tempted to cover the Gospel message in a “cocoon of ‘sugar-coated’ revelation” that “distances us from the real Jesus, and even becomes the occasion for a very abstract, very self-referential, very worldly path of faith.”

“Jesus is the Word of God made man, and he acts like a man, he speaks to us like a man, a God-man,” the pope said, departing from his prepared remarks. Jesus speaks “with this tenderness, with this friendship, with this closeness. Jesus is not like that sugar-coated image of the little pictures, no. Jesus is there, he is close to us.”

The pope said Jesus’ conversation with Peter is a valuable lesson for all believers, especially the elderly, who can still bear witness to the Gospel, even with their lives are “entrusted to others.”

However, in old age, some elderly men and women may find it difficult to accept frailty or the inevitability of death and hesitate to relinquish their role as “a protagonist” to younger generations.

“We elderly should not be envious of young people who make their own way, who take our place, who outlast us,” the 85-year-old pope said. “Learning to take our leave: this is the wisdom of the elderly. But to leave well, with a smile.”

Pope Francis said that the life of an elderly person is “a slow, yet joyful farewell” that allows them in their last moments to reflect on the beauty of the life they lived.