Having always enjoyed all those wonderful stories of Catholicism in France from the erudite pen of Owen Williams and of course Gunther Simmermacher’s series on his travels through the Holy Land, I am not able to resist putting in my five cents worth about another part of the world that appeals to the Catholic in me.

It is Italy. And more particularly Tuscany. A place where, in spite of my heritage having no Italian connection whatsoever, I feel comfortably at home and very much alive in both body and spirit.

There is so much more to Tuscany than myriadMichelangelos in Florence, breathtaking vistas, a deep sense of community and fabulous food, wine and more historical monuments and documents that in the rest of Europe put together.It is a place where Catholicism is not only manifest in diverse and magnificent churches but in the very air that you breathe.

It brings peace of mind through an unhurried sense of perspective. Places not all that remote where, when you cast your eye from horizon to horizon, it is impossible to tell not only the time of day, nor month nor year but what century you are experiencing.

It is fascinating, fulfilling, fabulous and more than just a little bizarre.

And an absolute must for any Catholic is a walk up to the little hermitage of San Galgano on the ancient road from Grosseto on the coast to Siena.A road, incidentally,from which I had to pull off rather hurriedly on my first visit to the area, to answer a call of nature which I managed from a tiny little stone bridge, hidden in the undergrowth and spanning a narrow but deep chasm which added excitement to my sense of relief from what was close to complete renal failure.

You piddled off the bridge didn’t you?  said my brother when I got back to the car and exalted in the sheer joy of my experience. So what? I said. Oh nothing really, except that the bridge you have just defiled, the Ponte de la Pia, is mentioned in some detail in Dante’s Inferno! And I’m not sure you should be piddling off national heritage sites.

On to San Galgano in chilly silence. And a tiny, remote hermitage, high on a hill.

Galgano was, in fact, a baron knight who owned vast tracts of land and generally treated his workers with such contempt as would, in these modern days, have had Cosatu toyi-toying non-stop for a year.

One day while out riding he saw a trespasser on his land and immediately drew his sword and charged. The trespasser turned out to be an angel and Galgano’s sword went clean through the apparition, carrying the bewildered knight off his horse and lodging the sword firmly in a rock.

Galgano got the fright of his life, mended his ways, became a hermit and devoted his life to God eventually achieving fame by rescuing a young child from a hungry wolf.

At the hermitage of San Galgano today one can inspect his sword stuck in the rock, view in a glass case St Galgano’s arm that was bitten off by the wolf and purchase a delicate wine made from the leaves of bluegum trees and sold by the local monks to defray the cost of preserving hermitages, sword-bedecked rocks and arms in glass cases.

Do not make the mistake though, of mocking or even questioning in any way the veracity of these stories or suggesting jiggery pokery when it comes to saints who have been perfectly preserved for centuries, because you will be considered a heretic and probably never get to taste any of the really good chiantis.

And talking of saints, last time I was there I was witness to an agreement between the city fathers of Siena and a delegation from a tiny town about 70km down the Autostrada del Sole.

Basically, it had taken almost 500 years for the two towns to agree on the perfectly preserved remains of San Bernardino to be loaned by the smaller town to big brother Siena where in fact he and not St Catherine as most people believe, is the patron saint.

I then saw the agreement break down because the little town wanted him moved in a hearse and the Sienese insisting on using an ambulance.

They eventually agreed on an ambulance but then it all broke down again because they couldn’t agree on whether police outriders on motorbikes should accompany the cavalcade.

Eventually the police were left out, San Bernardino arrived to a tumultuous welcome in Siena where he was greeted and eulogised from here to Christmas and back by, can you believe it, a communist mayor. Bizarre, but beautifully so. 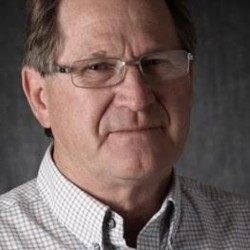