Where there is injustice, we must expect the Catholic Church to stand with the powerless. Therefore the Church should sound the alarm at the advance throughout Africa of draconian legislation aimed at criminalising homosexuals. 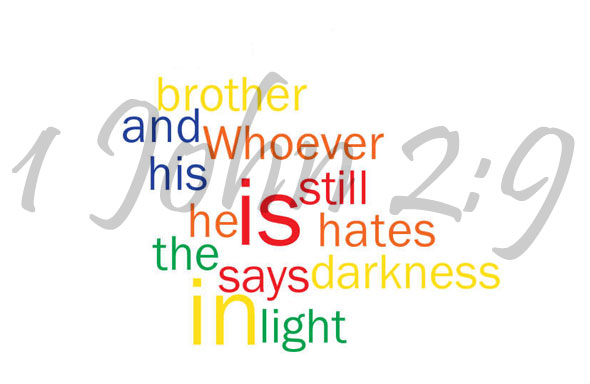 “It would require a very peculiar reading of the Gospel to locate Jesus anywhere else but at the side of the marginalised and vulnerable. “

Recently the Ugandan and Nigerian parliaments both passed severe anti-gay legislation. Uganda’s President Yoweri Museveni has vetoed it; Nigeria’s President Goodluck Jonathan signed it into law. Other countries, such as Cameroon and Tanzania, are proposing to pass similar legislation.

These laws are not intended to render same-sex acts illegal  they already are, and punishable, in most African countries  but to persecute people on the basis of their sexual orientation.

Such laws are not only unjust, but they also have the potential to tear at the fabric of society if they are misused to facilitate false denunciations for gain, advancement or vengeance, much as what Christians are exposed to in Pakistan under that country’s intolerable blasphemy law.

There is a deep-seated sense of homophobia running throughout Africa, and beyond (Russia, for example, recently also passed anti-gay laws). African leaders routinely engage in populist homophobic rhetoric, often putting forward the fiction that homosexuality is un-African.

In some cases, such as Nigeria’s, homophobic sentiments and laws are deployed for political profit by embattled leaders.

Even in South Africa, where homosexuality and same-sex marriages are legal, homophobic bigotry finds expression in violent attacks on homosexuals and in corrective rape, both of men and women. Often these crimes are unreported or ignored by the police.

The effects of homophobia are also seen in the inordinately high rate of suicides among homosexuals, especially teenagers.

Homophobia is largely premised on a false notion that homosexuality is chosen and curable. This month, Spanish Cardinal-elect Fernando Sebastian Aguilar, retired bishop of Pamplona, made the astonishing claim that homosexuality is a defect comparable to his condition of high blood pressure.

In Africa, homophobic perceptions are encouraged by fundamentalist Christian groups, generally imported from the United States, which are said to agitate for anti-gay legislation, and by the proponents of the Islamic sharia law.

Their position is in conflict with Catholic teachings. The Church cannot sponsor the criminalisation of matters of private morality, and much less the advocacy of human rights. Prejudice and the persecution of homosexuals are in defiance of Catholic doctrine.

Even as it emphatically rejects homosexual carnal acts, the Catechism of the Catholic Church declares that every sign of unjust discrimination in their [homosexuals] regard should be avoided. The Catechism further demands that homosexuals must be accepted with respect, compassion, and sensitivity (2358).

Jailing homosexuals for being gay and insisting on their human rights, or even for having sex, self-evidently is a sign of unjust discrimination that lacks in respect and compassion.

While the Church’s teachings prevent her from standing with homosexuals on many issues, especially same-sex marriage, she has an obligation, mandated by Christ, to be in solidarity with all those who are unjustly marginalised and persecuted.

Alas, the Church has been silent, in some cases even quietly complicit, in the discourse on new homophobic laws. This absence of intervention for justice may well be interpreted, wrongly or not, as approval of injustice, in line with the maxim Qui tacet, consentire videtur (Silence gives consent).

Instead, the Church should present herself as compassionate and courageous in standing with the those living in fear.

African bishops especially ought to speak out, as loudly as they do on same-sex marriage, against the discriminatory legislation and violence directed at homosexuals, many of whom are fellow Catholics.

Where is the prophetic voice of the Church in condemning the general homophobia in society?

It would require a very peculiar reading of the Gospel to locate Jesus anywhere else but at the side of the marginalised and vulnerable. The Church must be seen to be standing with Jesus and those who face unjust persecution, even if � especially if it does not condone the lifestyles of those at risk.

That would be true Christian witness.