This is Women’s Month 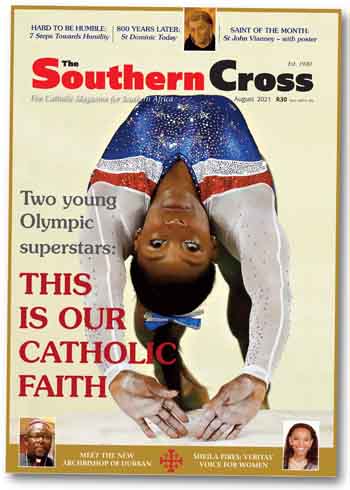 August is Women’s Month in South Africa, so we are delighted that several articles in this edition are about impressive women: Sheila Pires of Radio Veritas, the social activists Catherine De Heuck Doherty and the recently late Quinta Titus, and the astonishing Olympian athletes Simone Biles (who graces the cover this month) and Katie Ledecky. They are all inspiring women indeed. However, they are featuring in this edition not just because it is Women’s Month. They might as easily have featured at any other time, on their own merit and independently of the issue date.

Women’s Day and Month is a time when we, as a nation, are called to work for the empowerment and emancipation of women — something which our society still struggles with. In South Africa, for all the progress that has been made, women are still discriminated against and still subject to sexual, physical, and mental abuse. Gender injustice continues to afflict.

Indeed, the gains that have been made even provoke a reaction from those who insist on the primacy of the patriarchal system, to the point where some absurdly rationalise domestic violence by reference to the perceived emasculation of men that supposedly accompanies the empowerment of women. 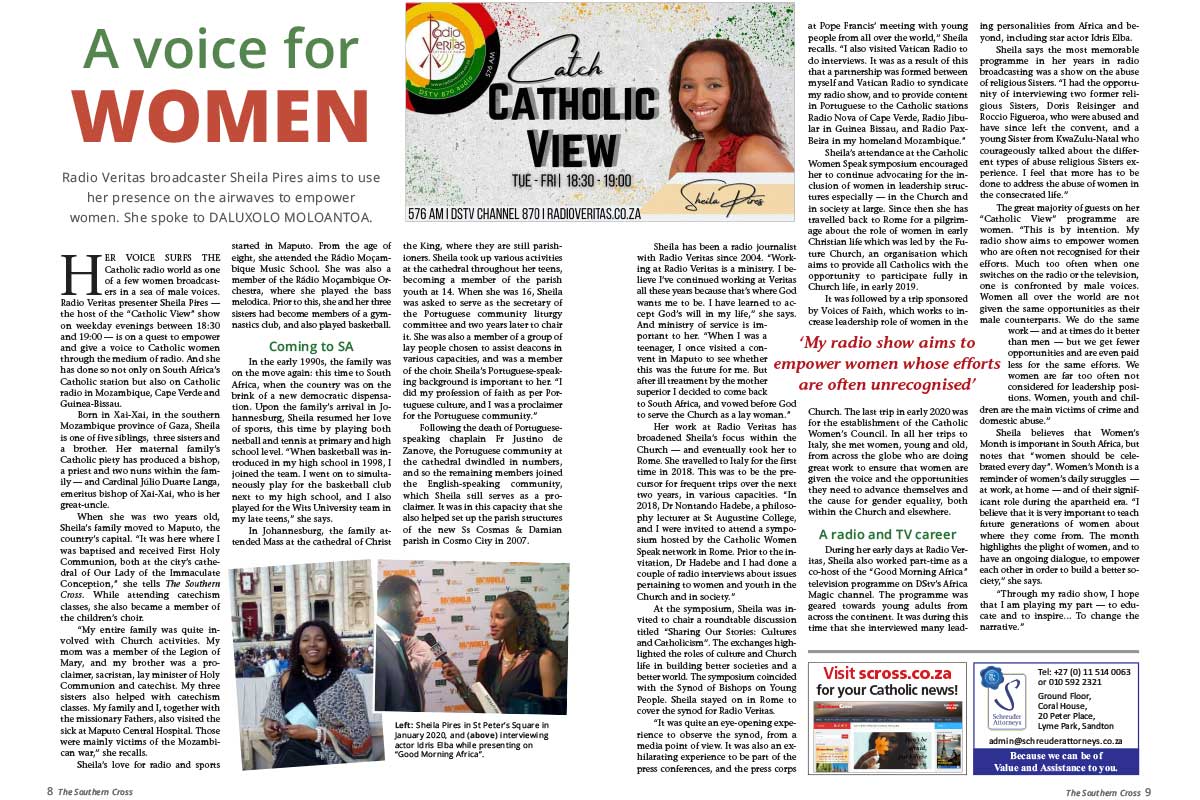 The commercialisation of Women’s Day as a glorified Mother’s Day is an unwelcome subversion of the meaning of this public holiday. No empowerment or emancipation has ever resulted from breakfast in bed, fancy chocolates or meaningless speeches filled with platitudes.

This concerns the Church, too, as Pope Francis has acknowledged. We need to recognise that the empowerment of women will come about by structural change, not by condescending references to the “feminine genius”. The Church must include women, consecrated and lay, in decision-making positions — and our bishops’ conference is doing better in that regard than many others — and argue forcefully for the emancipation of women where they are subjugated, and the equality of women where they are discriminated against.

Of course, the word “empowerment” itself scares many men (and some women, too), who interpret it as implying that the patriarchy, in which men have most of the power, will be replaced by a dictatorial matriarchy, in which women would seize all control from men. But women’s emancipation and empowerment isn’t a war of genders for total control. And yet, we might do well to ponder whether the world would really be a worse place if it was run by women?

This month sees the start of a four-part series by family researcher and activist Imelda Diouf. The inaugural article concerns the family as a subject of care; and the other articles will look at the family in the context of the economy, education and citizenship. These are important discussions, more so if we want to give substance to our pro-family position. 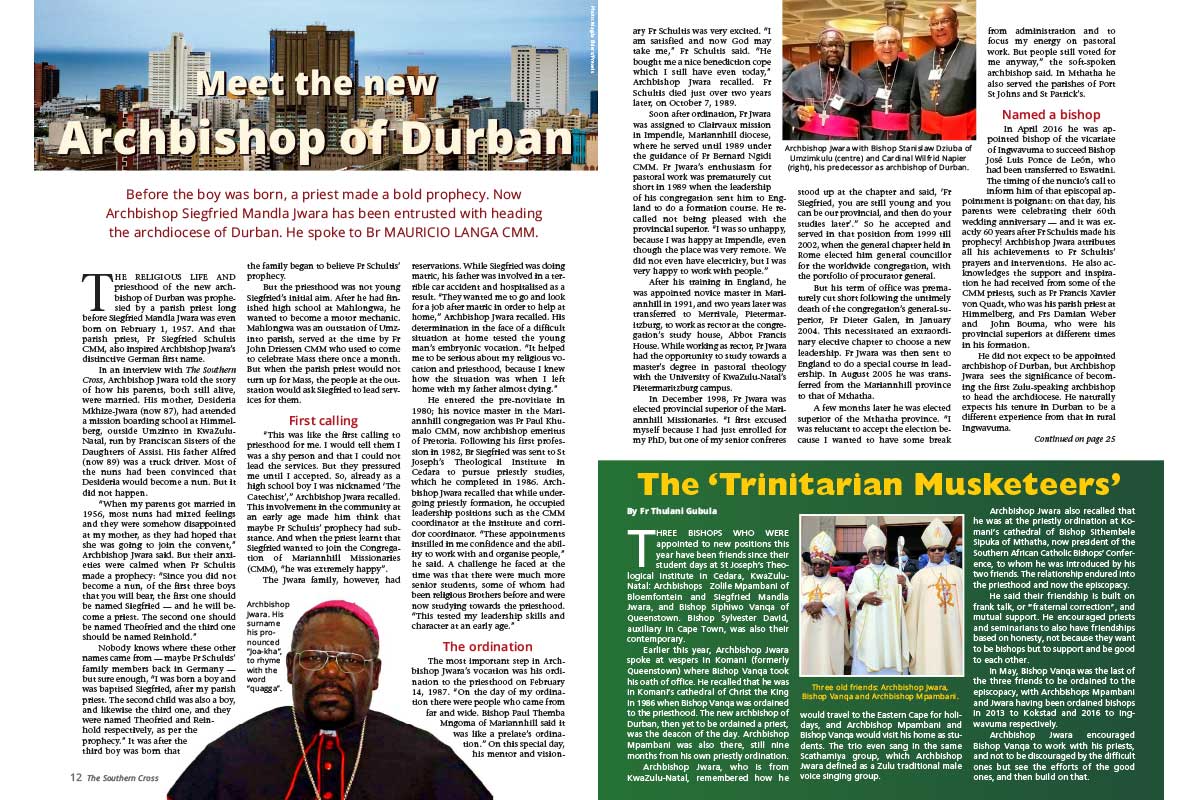 Also in this issue, we profile Archbishop Siegfried Mandla Jwara, whom the Holy Father has appointed to lead the faithful of the archdiocese of Durban, and who was installed in Durban on August 8. We have no doubt that the faithful and clergy of Durban will take their new archbishop to heart, especially after they have read his life story in this issue of The Southern Cross. We pray for Archbishop Jwara, and all our bishops, in their difficult ministry.

The Southern Cross is available at parishes (and if not, ask your parish to stock it or order for your parish online), or by subscriptions (e-mail or web). Individual issues can be bought at R30 plus p&p. Inquire at admin@scross.co.za