Christmas carols: we sing them in church, we hear them piped in the shops, we may have CDs of Josh Groban or Nat King Cole crooning them. GUNTHER SIMMERMACHER explores the history of some of the most popular Christmas hymns and songs.

O Come All Ye Faithful
The origin of the carol is shrouded in claims and counter-claims, misunderstandings and falsities. While most agree now that the tune was written by the Englishman John Francis Wade sometimes prior to 1760, it used to be attributed even to people who hadn’t been born yet when the song was first published.

The origin of the text is even more obscure. Adapted from Adeste Fideles, which was probably written by 14th century Cistercian monks, the most plausible guess is that the author was one of Wade’s fellow Catholic Jacobites. The Latin original and updated lyrics were variously changed. The version we sing today was included in the 1852 Murray’s Hymnal.

Silent Night
What “Yesterday” is to the Beatles, “Silent Night, Holy Night” is to Christmas music. The story behind perhaps the most famous Christmas carol is well known, having even been the subject of films.

An Austrian village priest, Fr Franz Mohr, wrote the words for Stille Nacht, Heilige Nacht in 1816. For two years it went unused, then Fr Mohr decided he needed his poem set to music for Christmas Eve Mass, preferably arranged for guitar accompaniment (legend has it that this requirement is owed to a broken organ in the village church). He asked his parishioner Franz Gruber, to come up with a tune, which the headmaster did within hours and in time for its premiere in Oberndorf’s church (dedicated to St Nicholas, of course) on Christmas Eve. 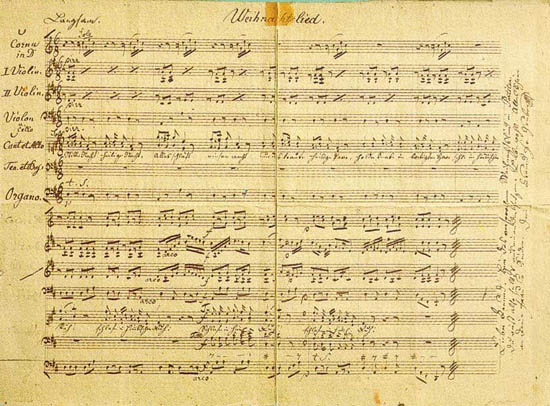 A score for “Stille Nacht, Heilige Nacht” signed by Franz Gruber from 1845.

The carol broke out of little Oberndorf when a local organ builder  perhaps the same one whose neglect necessitated the guitar arrangement in the first place gave an arrangement to a group of travelling folk singers, who then spread it elsewhere. Gruber proceeded to become a choirmaster and continued to tinker with his tune, writing arrangements for it even four decades later. The hymn was translated into English in the mid-19th century.

O Come, O Come Emmanuel
One of the real oldies among the seasonal carols, the basis for Latin lyrics of “O Come, O Come Emmanuel” (Veni, veni, Emmanuel) dates to the 12th century, perhaps even the 8th, as part of the O Antiphons. The tune is the French plainsong of Franciscan nuns in the 15th century (possibly based on a much older template).

The English words we sing during Advent (not at Christmas!) are a 19th century translation. Far from the jingling of tills and Santas speeding on a sleigh to stock the shops, this hymn references Isaiah’s prophecy (7:14) as confirmed by Matthew (1:23).

Hark! The Herald Angels Sing
When Charles Wesley, Methodist John’s brother, wrote the words to what he knew as “Hark! How the Welkin [heaven] Rings” in 1739, he did not envisage them to be sung to a jolly tune, nor did he expect them to be tampered with. Indeed, he requested that his poem be set to solemn music.

The melody we sing today to Wesley’s corrupted lyrics was written 101 years later, by Felix Mendelssohn-Bartholdy, as part of a cantata to mark the anniversary of the Gutenberg Press. The composer’s express wish was that his melody be used for secular purposes only. So we may feel a tinge of guilt when we sing it in church, but may feel entirely comfortable with Mendelssohn’s intention when we hum along to the tune at the mall.

It was one Dr William Cummings’ bright idea in 1655 to match Wesley and Mendelsohn to produce one of the most beloved Christmas carols, known to some jokers as “Hark! Harold The Angel Sings”.

Quite appropriate then that this song, written in 1962 by Noel Regney and Gloria Shayne, was popularised a year later by the great Bing Crosby, a Catholic who 16 years earlier had played the great swinging priest of fiction, Fr Chuck O’Malley, in Going My Way and The Bells of St Mary’s.

The First Noel
The English county of Cornwall has contributed very little to popular music, but it did give us one of the most beloved Christmas carols (actually more appropriate to the feast of the Epiphany, with its subject matter being the Magi).

The carol, with its usage of the French word for Christmas, is believed to date back to the 16th or 17th century, or even to the 1200s. It was adapted in the19th century by the organist Henry John Gauntlett.

O Holy Night
Our body of carols clearly owes much to the French tradition, as with this rousing hymn, composed in 1847 as Cantique de Noel by Adolphe Adams to the words of a Christmas poem by his acquaintance, a socialist wine commissioner and amateur poet called Placide Cappeau, who had written it at the request of his parish priest. It was first publicly sung at the midnight Mass in the priest’s church in the village of Roquemaure, near Avignon. 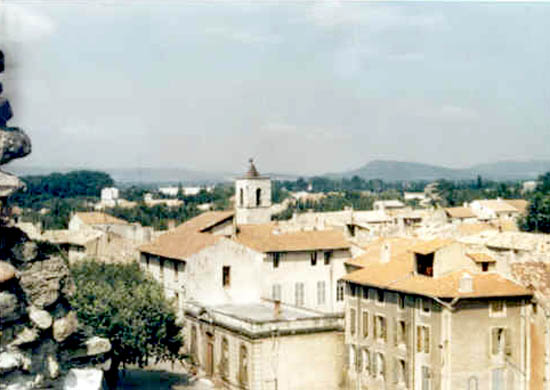 The carol was translated into English by John Sullivan Dwight in 1855. Quite appropriately, the hymn about the birth of Christ was the first song ever to be played on radio, by a violinist in 1908.

Away In A Manger
In the canon of Christmas carols one might hear in church, this is the children’s song. The lyrics were written between 1885 and 1887 for use in Lutheran Sunday schools, but there are two popular melodies to the same words.

In South Africa and Britain, one is likely to sing the more juvenile melody, known as Cradle Song and composed by the gospel songwriter William J Kirkpatrick. In the United States, the hymn is sung to a melody titled Mueller, written by James Ramsey Murray, whose dedication of his composition to Martin Luther gave rise to the legend that the carol was actually written by the Reformer (who indeed was a talented composer).

Angels We Have Heard On High
A tantalising myth has it that in 129AD Pope Telesphorus ordered that Christian children sing the chorus (Gloria! In excelsis Deo) to celebrate Christ’s birth, a tradition that eventually would give rise to the French carol Les anges dans nos campagnes  or Angels We Have Heard On High, in its English variant. If true, this carol would predate the advent, as it were, of celebrating Christmas itself.

Alas, the facts are more mundane, rather doing injustice to this rousing hymn. It was first published in French in the mid-19th century, and translated into English soon after. The melody that accompanies the verses was that of a popular French song at the time.

God Rest Ye Merry, Gentlemen
Note the comma as a caveat to the expectation that the Almighty is beseeched to bestow a holiday upon a group of possibly inebriated chaps. Indeed, there is nothing so merry in Dickens’ A Christmas Carol, for this is the song that caused Scrooge to launch into his decidedly unfestive attack on the carol singers. 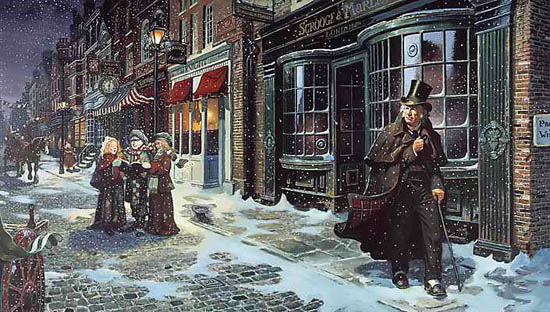 While the popular appearance of the carol can be traced to 1823, it is much older than that. The English usage in the lyrics suggest that it dates from the 15th century. It is not known who wrote the tune, or when. It probably is, in one form or another, not much younger than the words.

Joy To The World
A giant among Christmas carols, the tune is credited to the prolific 19th century American composer of hymns Lowell Mason, a banker by daytime profession.

More than a century before hip hop producers inaugurated the custom of sampling pieces of music in their own songs, Mason borrowed liberally from Handel, and was quite upfront about it. The four opening notes that frame the carol’s title and the chorus are apparently lifted from Handel’s Messiah (one ought to qualify this: this is the kind of statement that some serious musicologists conduct trench warfare over). The hymn was part of Mason’s project whereby he would sample from classical composers. Let this not detract, however, from the genius of Mason, who only reluctantly would claim a byline for his compositions.

Other popular hymns by Mason included Nearer, My God, To Thee and My Faith Looks Up To Thee. The words of Joy To The World are by the British logician and Nonconformist creator of sacred music Isaac Watts (1674-1748).

Read Part 2 of Biographies of Hymns