Octave Beauduin was born in 1873 in Belgium. At 33, as a diocesan priest, he became a Benedictine monk at Mont-Cesar Abbey and received a new religious name: Lambert. 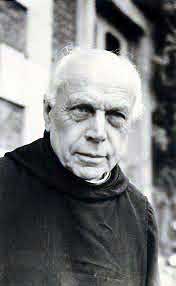 Already as a young novice he was marked by the liturgy, which would serve as the foundation for his ecumenical initiatives.

Dom Beauduin’s ecumenical sensitivity was born from deep insight of the communion at the liturgy where Christians are with one another around Christ the head.

Owing to this relationship between liturgy and ecumenism, for Dom Beauduin, celebrating the liturgy in the midst of existing divisions among Christians was a contradiction of liturgy itself. Therefore, any effort towards Christian unity is simply a return to the true sense of liturgy.

The catalyst was when Dom Beauduin lectured theology in Rome: he discovered the Oriental world through the Greek College and also Russians who had fled the revolution. He was overwhelmed by the richness of the Orthodox world, equally part of Christ’s Church but forgotten by the Latin Church, only to be branded as schismatic and heretical.

Given Christ’s earnest prayer for unity, something had to be done. Dom Beauduin reflected: And who was better placed for this type of work than monks? Were monks not the great agents of evangelisation?

So he elaborated his project for Christian unity, supported by a fellow Belgian, Cardinal Mercier, and presented it to Pope Pius XI, who responded by writing an apostolic letter, Equidem Verba, entrusting to the Benedictine order the mission of rapprochement with the Orthodox world.

For Dom Beauduin this type of work called for an institution whose activities and spirituality were thoroughly consecrated to ecumenism.

In fact, Dom Beauduin had just elaborated his thesis with the celebrated title: The Anglican Church, United not Absorbed. Given the mentality of the time, this position was revolutionary.

It was a time when it was seen as normal for the Latin Church to do missionary activity in order to convert Eastern Christians. That was not the way for Dom Beauduin. So, what next?

In 1925, Dom Beauduin started a monastery of union at Amay sur Meuse in Belgium. It was composed of both Roman and Eastern rite Catholic monks. The monks gave witness by living, praying, and working together.

This prophetic witness anticipated by more than half a century St John Paul II’s vision of the West and East as two lungs that the Church needs to breathe.

Right from the start Dom Beauduin posed a fundamental question regarding the method of ecumenical work: In what spirit do we want to work? He published an article portraying the spirit in which this monastery was going to work for unity. Its title was, The West at School of the East. In it, he warned: No fishing with the hook in the neighbour’s reserve, especially not with a fishing net.

However, before long it would be impossible for the monastery to live according to its ideal. On January 6, 1928, three years after its foundation, Pope Pius XI published his encyclical Mortalium Animos in which he addressed the true and false means of ecumenism. It was devastating for the monastery of union.

The pope wrote: It is not allowed to procure the union of Christians by any means other than calling for the return of the dissidents to the only and true Church that they were unfortunate to abandon in the past. Thus, the means to unity was constricted to the return of the heretics to the bosom of the Roman Church.

Dom Beauduin rightly felt personally targeted, especially since he was subjected to canonical trial. He resigned as prior of the monastery and was not allowed to participate in international ecumenical meetings.

Besides that, he was exiled from his monastery and confined to a monastery in the south of France for two years. Then the Holy See slapped him with an indefinite exile from Belgium.

Dom Beauduin lived these events calmly and without resentment, an attitude perfectly ecumenical. Though exiled, his spirit was not imprisoned; he remained ablaze with an ecumenical zeal which infected all who met him.

After 23 years in exile, Dom Beauduin returned to Chevetogne, where the monastery of union had been transferred.

Looking at his life today we see no longer a rebel but a saint of Christian unity. His inspiration lives on through the witness of the various ecumenical monasteries where Catholics and non-Catholics live together, such as the Taiz  community and the Monastic Community of Bose in Italy, to mention just two.

The inscription on his tomb is revealing: Vir Dei et Ecclesiae  – Man of God and of the Church.

Thank you to Michael Cornett for correcting information in this article