Your Gossip Can Kill

Gossip! Many of us have engaged in this unkind act at one stage or another in our lives, probably even without realising it. Gossip divides. Gossip destroys. Gossip kills. 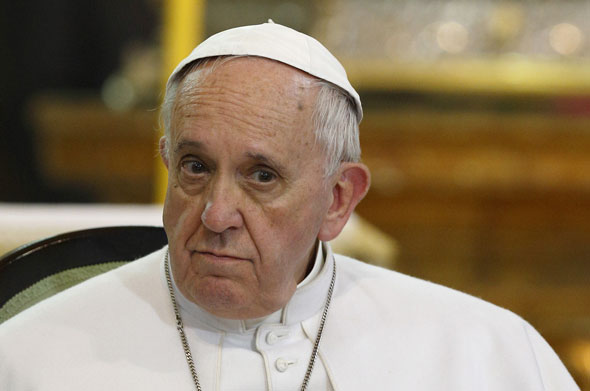 Pope Francis warns us that our gossip can kill. (Photo: Paul Haring/CNS)

Pope Francis has had a lot to say about gossip. Quite frankly, it was because of his talks on gossip and how it kills people that many of us became aware in a renewed way of the evil of this shameful act.

Pope Francis puts it so clearly that I would like to share a few of his comments below: He addressed religious communities, but it goes without saying that his message is for all of us.

The pope reminded them: Our religious communities mirror what civil communities often are: a group of people of different ages, abilities and interests called to cooperation and mutual respect.

The pope called gossip rotten. At the beginning, it seems to be something enjoyable and fun, like a piece of candy. But at the end, it fills the heart with bitterness and also poisons us, he said.

I am convinced that if each one of us would purposely avoid gossip, at the end, we would become a saint! It’s a beautiful path!

The Fifth Commandment says, Do not kill, the pope noted, and then recalled the words of Jesus: But I say to you: Whoever is angry with his brother will be guilty before the court (Mt 5:22).

With this, Jesus reminds us that even words can kill, the pope explained, adding: When it is said that someone has the tongue of a serpent, what does it mean? That his words kill. Here the word to kill does not necessarily mean to cause physical death, as Pope Francis explains.

Therefore, not only must one not make an attempt on the life of others, but one must not even pour on him the poison of anger and hit him with slander, nor speak ill of him. And here we arrive at gossip. Gossip can also kill, because it kills the reputation of the person.

Killing the reputation of a person is an ugly reality in our organisations today, within the Church as well as in politics and civil society, as we so regularly witness in the media. And for what reason? To show that he or she is bad and I am good. Or, in a more sinister way, to manipulate things to gain a strategic advantage.

In our own country, today, we can see the results of what could easily have been the consequences of gossip. Xenophobia! The incorrect spreading of information about people. It starts off quite simply and innocently, and most of the time quite ignorantly. And the result is the brutal killing of one by another.

Francis urges us to refrain from gossiping about another person, instead we should go and pray for him! Go and do penance for her! And then, if it is necessary, speak to that person who may be able to seek remedy for the problem.

Our talk always should create harmony and bring people together not divide and destroy people.