Movie Review – The Perfect Guy / We Are Your Friends

NEW YORK (CNS) – The stale predictability and slow pacing of “The Perfect Guy” (Screen Gems) might appeal to people who prefer generic thrillers without twists and turns. 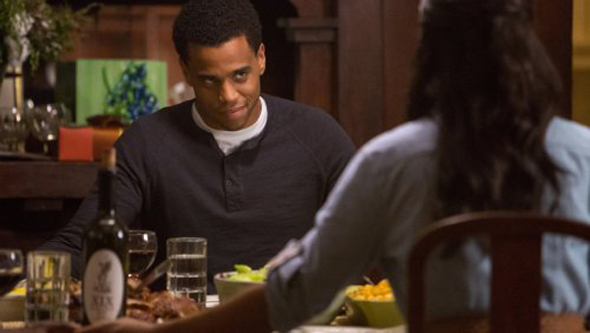 Michael Ealy and Sanaa Lathan star in a scene from the movie “The Perfect Guy.”(CNS photo) .

Leah (Sanaa Lathan), a successful executive in Los Angeles, has a dull and commitment-phobic boyfriend, Dave (Morris Chestnut). She has a solid moral core, and wants to take the next step with marriage and children. He’s seen too many divorces in his own family, so marriage is a nonstarter for him, and they break up.

Soon, she meets handsome and seemingly gallant Carter (Michael Ealy) at a bar, they have a couple of whirlwind dates, and he even impresses her grumpy, suspicious father, Roger (Charles S. Dutton).

Bliss, in these plots, is merely a facade, and after Carter flies into an unexpected rage and beats up a gas station attendant, Leah calls off the relationship.

Carter, of course, can’t deal with that. Having worked as a corporate espionage specialist, he’s skilled at cyberstalking, and on top of that, we’re informed that he’s also bipolar.

The ensuing mayhem consists of him monitoring her phone calls, breaking into her house, installing video cameras, using her toothbrush (It’s supposed to be creepy, but plays like bad comedy), and even stealing Leah’s cat.

Is he in her closet? Under her bed? Does she walk around a lot alone in the dark? Is there a suspicious neighbor? Yep, yep, yep and yep.

Leah goes to the police, gets a restraining order and reconnects with Dave, but according to this formula, none of that has the desired results before the predictably violent ending.

The film contains two implied sexual situations, physical violence and fleeting crude and profane language. The Catholic News Service classification is A-III – adults. The Motion Picture Association of America rating is PG-13 – parents strongly cautioned. Some material may be inappropriate for children under 13.

We Are Your Friends

NEW YORK (CNS) – Several scenes in the tepid, noncommittal drama “We Are Your Friends” are set around a drained backyard swimming pool in which only a small puddle of polluted water remains. It’s an appropriate image for the film’s moral context. 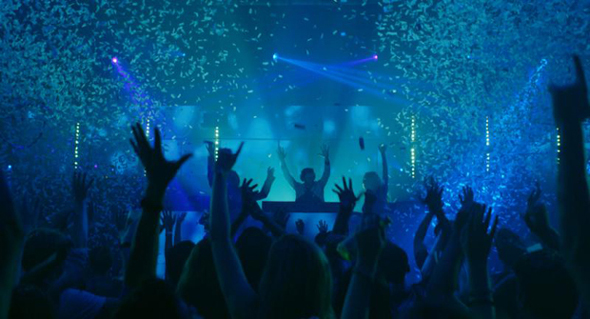 A scene from the romantic drama “We Are Your Friends.” (CNS photo)

Genuine values occasionally surface in director and co-writer Max Joseph’s script, penned with Meaghan Gallagher. Yet for the most part, its characters move through their shallow lives in a party-craving stupor from which even the forceful intrusion of love and death barely awakens them.

The movie doesn’t actively promote wrongdoing, nor do its inhabitants consciously embrace vice. Instead, both are adrift on a sea of ethical assumptions whose tide is driven by the longstanding Hollywood myth that the greatest of human aspirations is to have a good time.

Aiming to secure that state of bliss, both for himself and others, is the picture’s youthful protagonist, aspiring disc jockey Cole (Zac Efron). Cole’s idea of personal success involves producing electronic music so captivating that it will transfix the crowd at a rave.

For the information of those aging disco denizens for whom Donna Summer’s “Last Dance” may have been just that, we pause to explain that a rave is a large-scale shindig featuring powerfully amplified music, visual effects of various kinds and, all too often, a range of easily available narcotics.

Cole’s ambition to become a star at such gatherings gets a boost when he strikes up a friendship with established groove maker James (Wes Bentley). Though James is initially dismissive of Cole’s work, the lad eventually wins him over.

But the rapidly flourishing relationship between mentor and protégé is threatened when Cole falls for James’ much-younger live-in girlfriend, Sophie (Emily Ratajkowski).

Along with the chronological imbalance between them, James’ fondness for the bottle and his heedless womanizing open the way for a betrayal. Yet it’s implied that, whatever she may or may not choose to do with her body, for the time being at least, Sophie’s affections remain fixed on James.

The fact that Cole acknowledges as much is, in its own way, weirdly chivalrous. Yet it also demonstrates the degree to which the idea of sex entirely untethered from any form of commitment – much less marriage – is readily accepted by all concerned.

Alongside their love triangle, Joseph and Gallagher set up a hackneyed conflict between Cole’s artistic aspirations and the pressure to settle for a more mundane – but practical – lifestyle.

Though it takes Cole a while to join the audience in recognising Paige as nothing more than a timely villain, his delayed insight leads on to one of the picture’s more admirable moments. In fact, the wrap-up sees him moving not only in the direction of romantic stability but toward a heartfelt, self-sacrificing concern for others as well.