Movie Review – Pan / Me and Earl and the Dying Girl

NEW YORK (CNS) – Fidgeting with the iconic characters of a classic story is a dicey business at best. So it’s no great surprise that “Pan” (Warner Bros.), director Joe Wright’s attempt to provide J.M. Barrie’s Peter Pan with an original backstory, turns out to be little more than a lavish but hollow special-effects extravaganza. 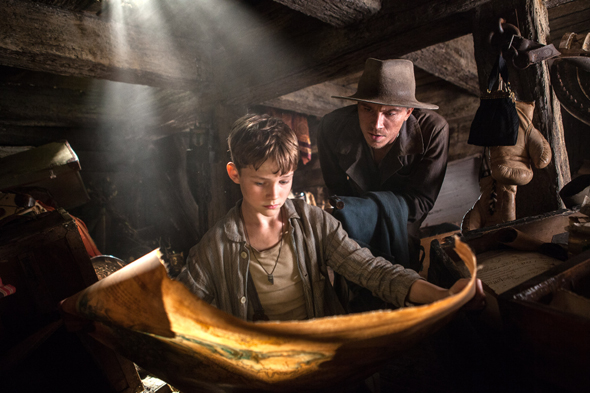 Levi Miller and Garrett Hedlund star in a scene from the movie “Pan” (CNS photo).

What’s more likely to raise eyebrows, at least among moviegoers of faith, is the thorough trashing of the Catholic Church that Wright and screenwriter Jason Fuchsengage in before their story departs World War II-era London for Barrie’s Neverland.

Their freewheeling aesthetic vandalism plays out against the background of the oppressive orphanage to which Peter – eventually played by Levi Miller – was entrusted in infancy by his mother, Mary (Amanda Seyfried).

There, Mother Barnabas (Kathy Burke), the piggish glutton of a nun who runs the place, hoards food from her hungry charges as the Luftwaffe drops its bombs. Entrance to her underground cache of delicacies is obtained by twisting the nose of a statue of the Virgin Mary.

Mother Barnabas’ behaviour is of a piece with that of the other “Sisters of Eternal Prudence,” as a plaque on the wall identifies the facility’s presiding order. In fact, compared to the gruel, corporal punishments and soul-crushing emotional abuse they dole out, Peter’s later challenges seem like a jaunt in the country.

Those subsequent trials arise after Peter is whisked off to Neverland by minions of the nefarious pirate Blackbeard (Hugh Jackman). Blackbeard is waging a war against his world’s forces of light, and uses kidnapped youths like Peter as slave labourers mining for powerful fairy dust.

Naturally Peter rebels, aided eventually by comely native warrior Tiger Lily (Rooney Mara) and by a young James Hook (Garrett Hedlund, channelling James Coburn). Hook is, of course, Peter’s future nemesis according to the canonical sources. Here, however, he’s a likable – though withdrawn – veteran of the mine who somewhat reluctantly becomes Peter’s mentor.

Having demolished the only version of Christianity on offer in their film, Fuchs and Wright toy with talk of Peter as the promised “messiah” of this alternate universe. The figure of his estranged mother, with whom he longs to be reunited, becomes a subtly posed flesh-and-blood alternative to her namesake, the un-nurturing and dishonoured plaster version of maternity proposed to him by Catholicism.

The path of religion, the script suggests, involves a denial of each person’s uniqueness and potential for great things. Thus Mother Barnabas – another bogus maternal persona, one who perversely starves rather than selflessly nourishes her children – emphatically informs Peter that, whatever the absent Mary may have thought of him, as evidenced by a suppressed note from his mom the lad has managed to discover, he’s nothing special.

By contrast to the despair that must inevitably result from such a pride-destroying faith, the magic of Neverland, which has at least some touches of the new age movement about it, holds out the promise of true fulfillment. Its alchemy transforms anonymous, downtrodden orphans – and Blackbeard’s indistinguishable drones – into prophesied heroes living out their destined greatness.

The film contains mean spirited anti-Catholicism, a negative view of religion in general, brief sacrilegious and scatological humor, and much stylised violence and a few mild oaths. The Catholic News Service classification is L – limited adult audience, films whose problematic content many adults would find troubling. The Motion Picture Association of America rating is PG – parental guidance suggested. Some material may not be suitable for children.

Me and Earl and the Dying Girl

NEW YORK (CNS) – Grown moviegoers will find much to like about the sensitive – though ultimately shallow – drama “Me and Earl and the Dying Girl” (Fox Searchlight). 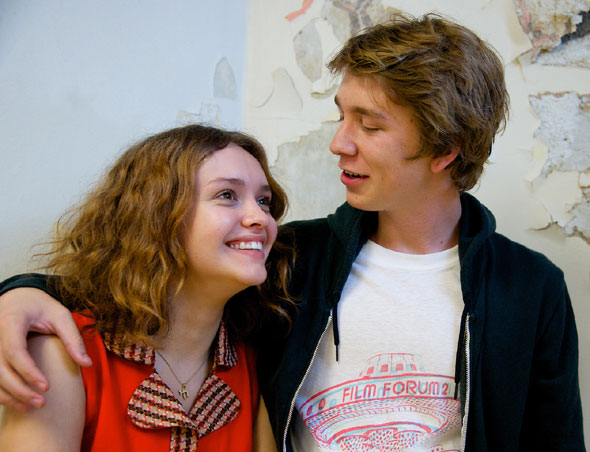 Olivia Cooke and Thomas Mann star in a scene from the movie “Me and Earl and the Dying Girl” (CNS photo).

Given that director Alfonso Gomez-Rejon’s film is adapted from screenwriter Jesse Andrews’ eponymous best-seller for young adults, however, parents should be advised that bringing any but the most mature teens along would be a risky idea.

That’s not to say that the picture’s basic human interaction is anything but honourable. In fact, the main character, precocious, movie-obsessed high school misfit Greg (Thomas Mann), gets a thoroughly respectable life lesson when his determined mom (Connie Britton) insists that he befriend his classmate Rachel (Olivia Cooke) – a girl with whom the outcast has previously been only slightly acquainted – after Rachel is diagnosed with leukaemia.

Despite mutual suspicion at the outset, the two develop a genuine affection for each other. And their circle of friendship is extended once Greg’s best buddy from childhood, Earl (RJ Cyler) – the two lads have collaborated, over the years, on a whole catalogue of homemade movie parodies – also gets to know, and like, Rachel.

Overshadowed by the potentially fatal outcome of Rachel’s disease, the newly formed trio’s camaraderie is also strained by Earl’s inability to keep a secret, a trait that drives buttoned-up Greg to distraction. When Greg and Earl try to craft a cinematic tribute to Rachel, moreover, their frustration to capture their feelings for her on screen introduces fresh tensions into the three-way dynamic.

Unusually, Andrews’ script sidelines romance, giving Greg an unattainable love interest in the person of another schoolmate, Madison (Katherine Hughes), while keeping his relationship with Rachel strictly platonic. Even so, marginal tinges of sexuality, some of them distasteful, make this a doubtful choice for the source material’s targeted age group.

The prospect of Rachel’s death is also considered from a strictly secular perspective, one that impoverishes the movie’s outlook and puts it at odds with a Christian worldview. While there’s no direct contradiction of scriptural faith, viewers will need to come to the story with their faculties for discernment fully outfitted.