Patients have a right to a diagnosis that includes the possible causes of their illness, not just treatment addressing the symptoms, said a doctor invited to a Vatican-sponsored congress. 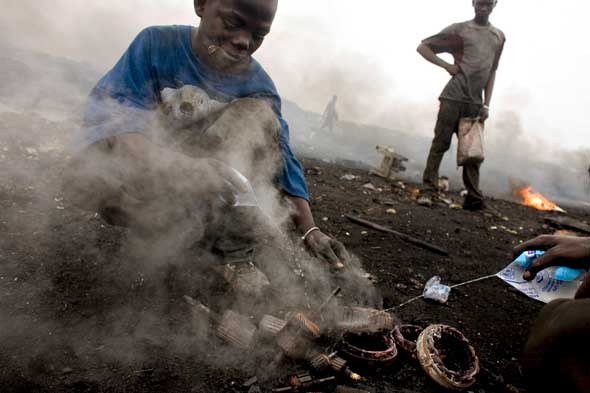 The increasing awareness of the impact that pollution and other environmental factors are having on human health should play a greater role in medical assessments and policies dealing with prevention, Dr. Antonio Pasciuto said at a Vatican news conference Nov. 17.

The Pontifical Council for Health Care Ministry was about to host an international conference on a culture of “health and welcoming” in serving humanity and the planet. More than 500 people – scientists, health care professionals, theologians, diplomats and other experts – were expected to attend the conference Nov. 19-21.

Science has found and continues to study the harmful effects of insecticides, pesticides, heavy metals, molds and a whole host of chemicals and particles people put into the environment, he said.

“Practically all chronic pathologies and so-called functional disturbances are to be attributed, at least in large part, to such factors,” he said.

“Too often we doctors tend to blame age or stress, forgetting to study the causes and overlooking the many forms of environmental overload to which all of us, to different degrees, are exposed,” Pasciuto said.

For that reason, he said, “I believe it is fundamental to always take into account the right of people who are ill to an etiological diagnosis, that is, (a diagnosis) based on the study of the causes that determine the pathology.”

Looking deeper at the environmental causes of illness not only assists the doctor in finding a more effective treatment and therapy, he said, it can aid in prevention and possible solutions in order to avoid or correct environmental pollution.

Archbishop Zygmunt Zimowski, council president, said the framework of the conference is based on the theology of safeguarding life evident in Pope Francis’ encyclical, “Laudato Si’, on Care for Our Common Home,” St. John Paul II’s “Evangelium Vitae” and Pope Benedict XVI’s teachings.

“An ‘ecology of the heart’ and ‘ecological conversion’ allow us to recognize and correct those errors and that superficiality that separate us from creation, corrupting it and abusing” the universal good of creation that is meant to be handed down to future generations, he said.

Aware of everyone’s “important responsibilities and an unavoidable moral obligation” to safeguard creation, the church is calling for greater protection of people’s dignity and health, he said.