From Alexius Phiri, Rustenburg – I was saddened and disappointed after learning that Karen Munzer, a Johannesburg Catholic who is fighting a lone battle to convince MultiChoice that Catholics in Southern Africa need to be respected like other religions and be accorded a slot on the DStv bouquet to air the Eternal Word Television Network (EWTN), had garnered a meagre 500 Catholic followers on Facebook. 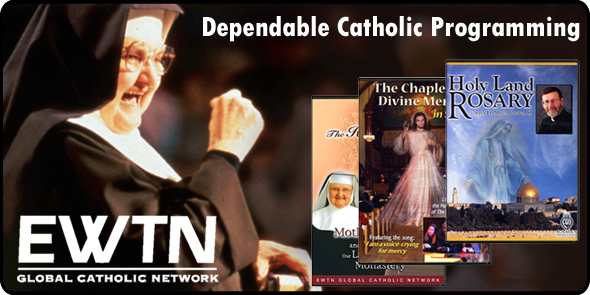 Mrs Munzer is fighting the good fight on the Facebook page “We want Catholic TV (EWTN) on DStv”, which the Southern Cross reported on in the issue of February 24.

I would like to know whether our leaders in the Catholic Church, like the Southern African Catholic Bishops’ Conference, are doing something for us, their flock entrusted to them in this regard. I believe our leaders should be in the vanguard of this noble campaign.

I would also like to believe that a good chunk in the over 3 million Catholics in Southern Africa subscribe to DStv. Are we just content to sit back and be subjected to a lot of junk shows on DStv? Why can we not demand answers from MultiChoice as to why they discriminate against the Catholic-founded TV network programme when there are already a number of other religion-related channels on DStv?

I have no doubt that if some of the powers that be at MultiChoice were Catholics, EWTN would have been the first religious channel on DStv. Surely the Catholic Church is a well-established entity that has contributed tremendously to the advancement of the people of Southern Africa in various dimensions, including spiritually, educationally, healthwise, fighting for the cause of social justice and peace, to name but a few.

READ  Suffering can lead to God

Lame and meaningless excuses from MultiChoice, like “we review our channels every quarter and would look into it”, are an unacceptable insult to the Catholic religion. How many quarters have come and gone since MultiChoice became aware of this request?

Are South Africans so docile or have we become so lukewarm, like the members of the Church in Laodicea (Rev 3:14), that we cannot stand up and fight for what is spiritually worthwhile for us, our children and future generations—and for society as a whole?

A few years ago, the Catholic community of Nigeria rose in unity and threatened to boycott DStv when MultiChoice removed EWTN there. MultiChoice relented and Nigeria still enjoys EWTN as part of the DStv bouquet.

Can we not galvanise all genuine Catholics from all our parishes in Southern Africa to have a petition with signatures attached to a memorandum of demand handed over to MultiChoice insisting that EWTN be included in DStv Southern Africa bouquets?

I salute you, Mrs Munzer, for your  sterling work and courageous stance. You deserve our support through continued and positive responsive action by joining the petition for having EWTN aired on DStv by all Southern African Catholic faithful and supportive Christians.

To support this campaign go to www.facebook.com/CatholicTVonDSTV