The lay preaching ministry would also help alleviate problems created by the shortage of priests.

A constant refrain in the Church, from the pope down into the pews, concerns the perceived deficiency of quality in Mass homilies. It is indeed true, as is often argued, that poor preaching—in delivery or content or both—can drive people from a parish or, in cases where a person’s foundation in the Catholic faith is already weak, even from the Church. 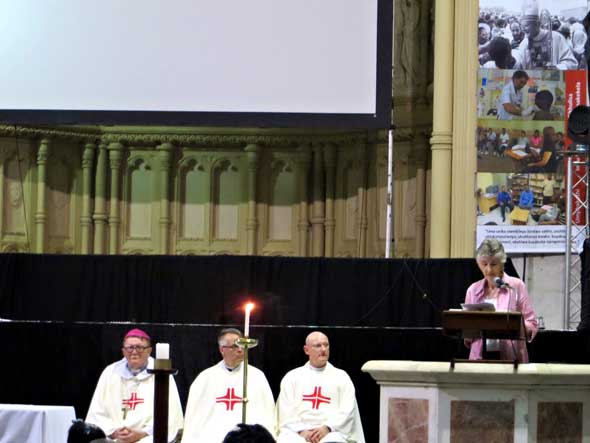 It is also true that every homily that is not listened to is a lost opportunity of bringing the lived faith closer to people.

A poor sermon may turn off listeners because it is poorly delivered or incoherent or too long, or it might do so because its content simply does not speak to people.

But it is also true that preaching, like public oratory, is a special gift. Indeed, it requires a combination of talents.

Firstly, a good preacher must be able to produce engaging and relevant content based on specialist knowledge of Scriptures and the context to which it must be applied. Secondly, he must possess the skill of oration to deliver that content in ways that engage the listener.

These abilities can be picked up through training, but they also require a certain natural disposition. Not all priests have that innate aptitude, and not all priests who lack that gift are able to compensate for it by application.

Parishioners should therefore go easy on their priests when homilies do not meet expectations.

Fr Chris Townsend in his column last week outlined eloquently how parish priests have to discharge a range of functions which require diverse skills and talents. It is unreasonable to expect our priests to excel in all of these.

In their pastoral and administrative tasks, parish priests may be able to delegate some tasks to lay parishioners, thereby easing their workload. However, unless they have deacons or assistant priests, Church law does not allow for the delegation of homilies to others.

A collection of three articles published this month in the Vatican’s newspaper, L’Osservatore Romano, proposes that this should change.

This, they argue, would mark a return to a long tradition that held in the Church for the first 1200 years of its existence.

It was only in the 13th century that Pope Gregory IX limited the preaching of sermons to priests exclusively. And just as it looked as though this might slowly change after the Second Vatican Council, Pope John Paul II tightened the ban on lay preaching.

Since the 13th century there have been many effective lay preachers who evangelised outside the Mass. One, St Catherine of Siena, preached so loudly that she persuaded the popes to return to Rome from their comfortable exile in Avignon.

More recently, lay people such as Scott Hahn, Sr Joan Chittister and Bo Sanchez have evangelised through what in essence is preaching.

The notion that lay people, including and especially women, should be allowed to preach at Mass merits serious consideration.

It would give substance to Pope Francis’ call for giving women a greater role in the Church.

It would also benefit priests to have recourse to people who can ease their preaching load, especially if that area of ministry is not their strength.

And it would benefit the laity in the pews who might have access to a broader spectrum of relevant homilies.

The lay preaching ministry would also help alleviate problems created by the shortage of priests.

However, every innovation also requires prudent and precise implementation.

Clearly there can and will be no situation where access to the pulpit would be open to all. It is self-evident that lay people would have to acquire some kind of training and qualification before they are allowed to serve as homilists.

They would also have to be properly authorised, perhaps by the local bishop, to preach at Mass.

It is no article of faith that only priests are competent to preach at Mass. Indeed, in an age when many lay people are at least as capable of doing so as the clergy, there is no reason why this discussion should not be had with all the seriousness it merits.