Meet the only Catholic university in South Africa

The field of Catholic education in South Africa is not limited to the Church’s schools—there is also a Catholic university. Its president, Professor GARTH ABRAHAMS, introduces St Augustine College. 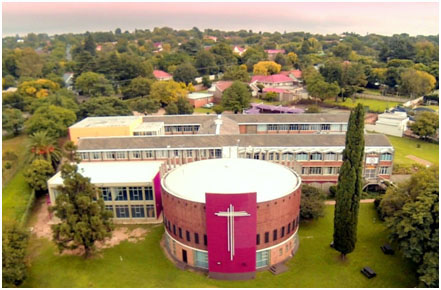 Saint Augustine College of South Africa is the country’s only Catholic university.

Although a university in all senses of the word, current legislation prevents St Augustine — as with all private providers of tertiary education — from calling itself a “university”. We will use this term here for clarity.

Founded in 1999, St Augustine is registered with South Africa’s higher education authorities, which accredit its degrees. In addition, St Augustine is also canonically recognised as a Catholic university by the South African Catholic Bishops’ Conference and the Vatican’s Congregation for Catholic Education.

St Augustine is committed to being both “university” and “Catholic”. At the core of the academic enterprise is the pursuit of truth. For a Catholic university that “truth” is not limited to man and nature — rather, the very idea of the “truth” is premised on the mystery of the Incarnation.

Faith and reason are complementary; faith opens the way to step through the door of truth, but, in order to find God and believe, one must scrutinise truth: Intellige ut credas (Understand that you may believe).

Although Catholic, St Augustine is neither exclusivist nor parochial. Indeed, the challenge is to imbue in each individual — regardless of religious or cultural differences—an unequivocal respect for the dignity of the human person and a determination to advance the common good. 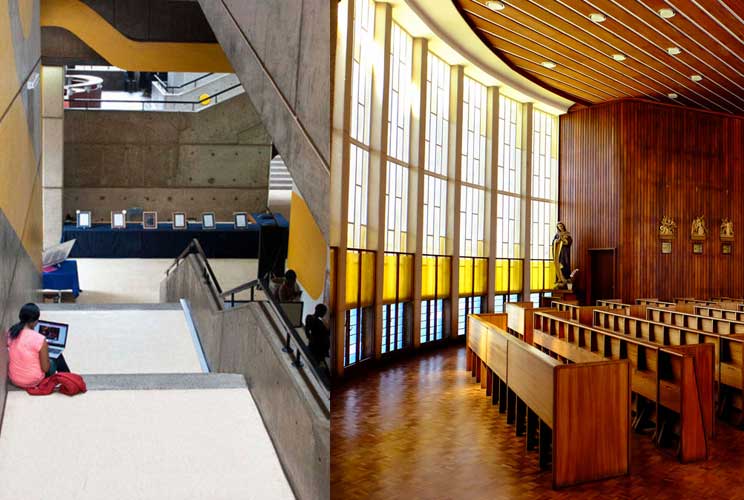 Committed to the spirit and values of the Catholic intellectual tradition, the mission of St Augustine is to produce graduates who have learnt “to think rigorously, so as to act rightly and to serve humanity better”.

St Augustine offers qualifications at both the post-graduate and undergraduate levels. Postgraduate study, uniquely, combines contact modules with independent study: the contact modules are scheduled four times during the year; students attend one week of intensive lectures and then complete further requirements independently in the following nine or ten weeks.

Lecturers on the various courses include those in the permanent employ of St Augustine and visiting academics from some of the great universities of the world—all are experts in their respective fields.

The following degrees are offered:

At the undergraduate level, St Augustine offers the Bachelor of Arts (BA) and Bachelor of Theology (BTh) degrees.

Although obviously suited to future careers in education, politics and government, media and communication, law and business, the interdisciplinary nature of the qualification—with its emphasis on the ability to think independently and critically—prepares graduates more generally for the “world of work”.

The BTh addresses all the principal concerns of theology. Although Catholic in its orientation, the degree is ecumenically open and concentrates on the shared tradition of all Christian denominations.

With a solid philosophical foundation, the degree aims to incorporate the contributions of faith, reason and human experience.  Apart from those contemplating Christian ministry, the qualification also appeals to persons teaching religion, and those interested in learning more about their faith.

Because it is offered by way of evening classes (between 17:00 and 20:30), and because it accommodates those wishing to study on a fulltime basis (over three years) or part-time (over six years), the degree is ideally suited to those in permanent employment.

In addition to its degree offerings, St Augustine offers a Higher Certificate in Biblical Studies (HCBS), and a range of short courses that contribute to lifelong learning.

Situated in the secure, leafy suburb of Victory Park in Johannesburg, St Augustine prides itself on the quality of its teaching and research. Through small classes, high-impact teaching and personalised tuition, St Augustine encourages students to engage with relevant subject matter in a critical and interdisciplinary manner.

Not surprisingly, the pass rate achieved is higher than that at many South African universities. Although a private college, St Augustine is recognised as a National Research Foundation (NRF) institution; its academics publish widely in national and international accredited journals.

It has a well-stocked library covering all relevant disciplines—the Grimley collection of theological texts is one of the most impressive on the continent.

To the benefit of its staff and students, St Augustine is a member of a global network of Catholic universities, many of which are among the most highly ranked in the world.

St Augustine offers bursaries for deserving students at both the undergraduate and postgraduate levels.