A World without Nuclear Weapons

At any moment, you could be within 30 minutes of being incinerated from nuclear weapons. Considering that radiation fallout from a nuclear attack would hurt virtually everyone, and cause irreparable harm to our earth-home, we are all threatened by nuclear weapons. 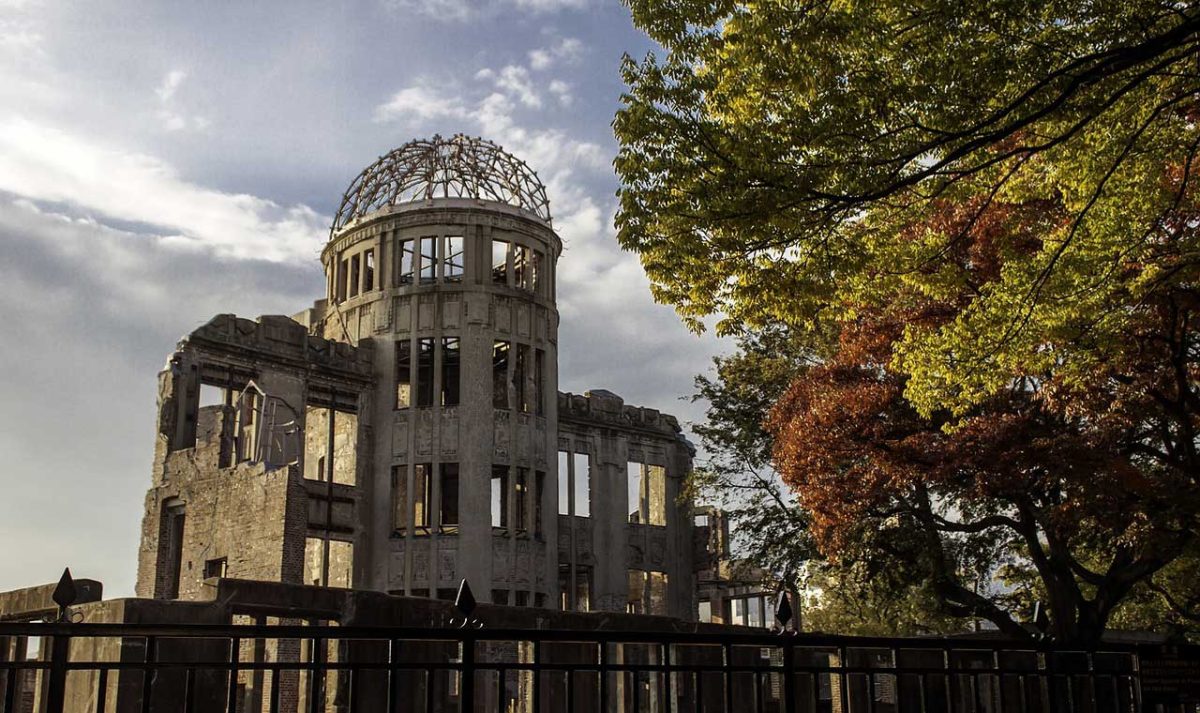 Hiroshima memorial site with remains of the Genbaku Dome which survived the atomic bomb blast although everyone inside was killed instantly.

Dr. Bruce Blair, a former military officer responsible for 50 Minuteman nuclear missiles in Montana, and now co-founder of Global Zero  – an international organisation dedicated to eliminating all nuclear weapons – shared with me a highly dangerous little known fact: Both the United States and Russia each have hundreds of nuclear warheads still aimed at each other.

And what’s even worse, these weapons of mass destruction are programmed at launch ready alert – otherwise known as hair-trigger alert – meaning they are fully armed and ready to be launched within just 30 minutes of a perceived nuclear attack.

The risk of misinterpreted information or system failure could lead to accidental nuclear war. The world has already experienced several close calls.

During the 2008 presidential election, candidate Barack Obama pledged that he would “work with Russia to take nuclear weapons off hair-trigger alert.”

That has not happened.

Instead, to the contrary President Obama has proposed an unprecedented and dangerous $1 trillion modernisation over the next three decades of the U.S. nuclear war triade – currently composed of air (B52 and B2 bombers), sea (about 8 Trident ballistic missile submarines at sea at all times), and land (approximately 450 ICBM nuclear missile silos buried in the U.S. Great Plains). 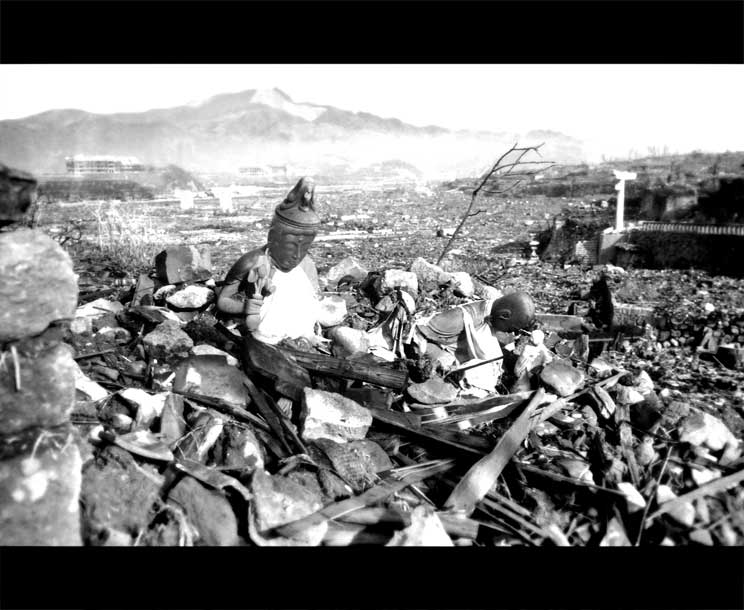 Ruins of Nagasaki after the atomic bomb.

The thought of all this should send chills down our spines.

In their 1983 landmark pastoral letter “The Challenge of Peace: God’s Promise and Our Response,” the U.S. Catholic bishops wrote that a reliance on nuclear deterrent strategies must be an interim policy only. And they firmly added, “We cannot consider it adequate as a long-term basis for peace.”

That was said 33 years ago!

The world needs now the courageous leadership of the U.S. bishops to declare that nuclear deterrence has become an entrenched, intractable part of American war preparation, and, therefore, is completely morally unacceptable.

And that a systematic plan must be quickly put in place to move toward total multilateral disarmament of all nuclear weapons.

Dr. Blair told me that Global Zero has just such a plan. 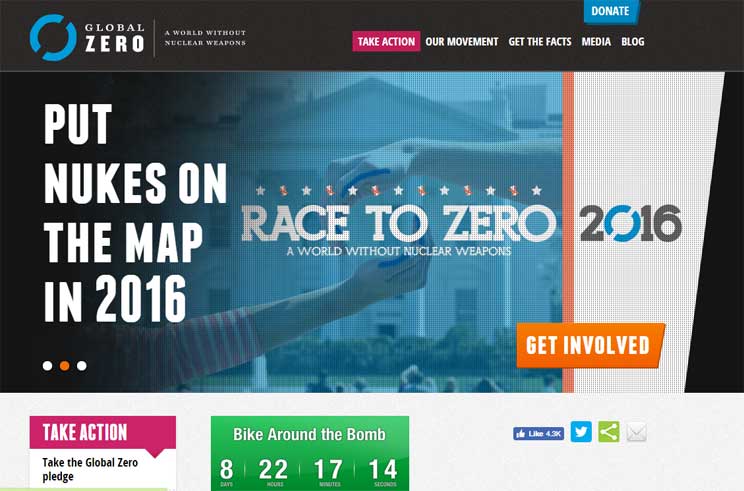 The Global Zero Action Plan calls for the United States and the Russian Federation – who together hold more than 90 percent of the world’s nuclear weapons—to negotiate major cuts in their arsenals, followed by negotiations with the remaining seven nuclear weapons nations.

Through a phased-in multilateral reduction of nuclear weapons, with a rigorous comprehensive verification and enforcement system, all nuclear powers proportionately would move to total nuclear disarmament and dismantlement by 2030.

Blair explained that “The barriers to getting to a world without nuclear weapons – global zero – are not technical, scientific, or economic. The barrier is one of political will.”

Watch this challenging and inspiring short video. And then join the global zero movement.

As we approach the sad anniversary of the U.S. atomic bombings of the Japanese cities of Hiroshima and Nagasaki, let us remember that our God is the God of life!

And let us honour him, and his creation, by tirelessly praying and working for the day when nuclear weapons will be confined to history.

Tony Magliano is an internationally syndicated social justice and peace columnist. He is available to speak at diocesan or parish gatherings about Catholic social teaching. His keynote address, “Advancing the Kingdom of God in the 21st Century,” has been well received by diocesan and parish audiences throughout much of the United States. Tony can be reached at tmag@zoominternet.net

A Resurrected Vision for our Suffering Sick World