A Church on a Mission is Dangerous

Father Chris Townsend looks at the Church, past and present. In the time of turmoil that our country is going through, I travelled past Holy Trinity church in Braamfontein, Johannesburg, in the middle of the chaos and police action around Wits University. 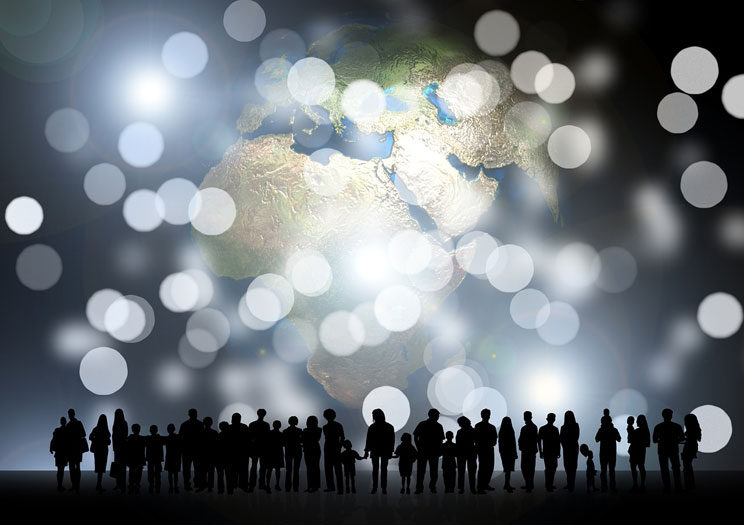 As I practised my defensive driving and was very grateful for the knowledge I have of Hillbrow, I was even more grateful to see Fr Graham Pugin SJ standing at the gates of the church providing safe space or sanctuary for the very scared students running all over — and soon after I was shocked and outraged when this gentle and brave priest was shot in the face with rubber bullets fired by the police.

This has become a bit of a thought metaphor for me for this Mission Month. With all the chaos, denial, conspiracy — and the SABC board and the arbitrary charging of our finance minister — going on, I wonder if the mission of the Church is not to once again provide sanctuary and safe space — a stability.

I was thrown back to my early seminary formation in Hammanskraal and how I recognised in the faces of the young people the same hope and fear of the early 1990s. And the terror of police action.

In the early days of Johannesburg, the pioneer clergy and the incredibly brave Holy Family Sisters provided that safe space and sanctuary through their hospitals and schools.

Soon joined by others, these brave women and men ministered not only to “ghetto Catholics” but were also instrumental in the formation of a backbone of dignity that challenged the status quo of labourer/owner politics that our country still hasn’t broken out of.

This was the formation of an immensely powerful witness that carried the Church for nearly a century. Sadly, post-1994 this gravitas was all but lost by our silence in the face of a child that we had educated turning back to bite us.

A crux point was reached in two movements that directly challenged our efforts for justice and fairness for all.

The first was the forced vote on the legalisation of abortion on demand. The second was the state’s destruction of the Catholic school system by the withdrawal of support and subsidy and in many cases the annexing of school property for the epic failure of “state schools on private property”.

What are we to do? We return to our mission: of dignity and justice; of education and health. I wonder if it’s not time to start reclaiming our position as health-care providers and educators?

I’m thrilled that St Augustine University (they are legally obliged to call themselves “College”. But it’s a university, and so I refer to it by that name) is offering undergraduate programmes again. I wish that this would translate soon into an education faculty.

I wonder if our call is not to open a Catholic healthcare training facility — like the midwives’ facilities at St Mary’s and Nongoma again?

Let’s not be cowed by costs. They are always beyond us.

But the mission is God’s mission. That’s what matters. If we keep waiting for the time and opportunities to be right, we will be dead in our rowing boats.

8 Ideas on Helping the Elderly through the Church