Finding the Moral High Ground Amid the Student Protests

Yesterday’s images of a police nyala careening towards Jesuit Father Graham Pugin at Holy Trinity Church and coming to a dead halt in front of him, followed by scenes a few minutes later of a bleeding and shaken Fr Graham being led to safety, have sent shock waves around the country — and not just within the Catholic community. 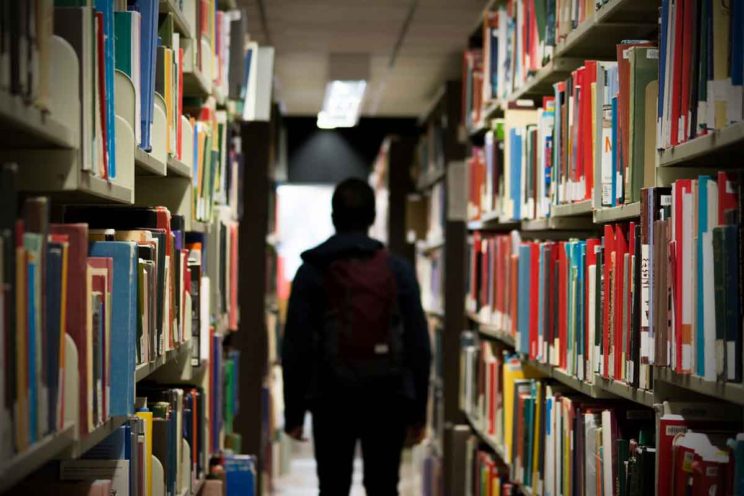 Holy Trinity Catholic church, which adjoins Wits University, was involved in efforts to mediate between students, police and the university authorities. As such, over the last few weeks, they designated the church grounds as a safe haven for the students, under the condition that they did not carry any weapons onto the property.

As the violence spilled out of the university onto the streets of Braamfontein yesterday afternoon, video footage shows students fleeing into the safe haven at the church while being chased by a nyala. Fr Graham stands heroically at the gates, using his body to force the vehicle to a halt. Unsatisfied with this, the police return moments later and shoot Fr Graham at close range with rubber bullets.

The church is not within the jurisdiction of the university and the students who sought refuge at the church were not posing a threat to the church or its staff. The rage of students and South Africans from all walks of life is justified.

The police knew when they arrived at Wits that they would be provoked. They knew that elements within the student body were looking for another Marikana so that they could add human rights violations to the long list of complaints and demands.

Their job was to prevent violence from breaking out, and if it did, to contain it. Instead they allowed the chaos to endanger the lives of civilians going about their daily business in the greater CBD.

Instead of managing the highly emotional atmosphere, they shot a priest and gave the student movement the martyr it wants to justify the means of their protest.

The police’s behaviour was morally reprehensible. But so is the behaviour of the many sides of this situation.

Government had a year to solve the fees crisis. A year ago, they responded to the students’ concern by mandating a one-year freeze on fee increases. The rationale behind this decision was to allow government, tertiary institutions, and other stakeholders to find a solution for poor students, particularly the “missing middle” — those who are not poor enough to receive aid but too poor to obtain loans.

For a year we heard nothing. If the education crisis was discussed behind closed doors, it never entered the public domain, raising suspicions that nothing was being done to find plausible solutions.

Then in mid-September Education Minister Blade Nzimande threw the hot potato back to the universities, allowing them to increase fees in 2017, but without making any other commitment to students who cannot afford to study.

Without assistance, universities have no choice but to increase fees. They need to pay their staff (and give them an annual increase that accompanies inflation), purchase books and learning equipment (often sourcing these from overseas at a crippling exchange rate), and fix the infrastructure that has been destroyed in a year-long war with students.

On the other hand, the students who have not gained anything in this year are also right to be angry. The country’s leadership failed them.

The student movement began as a serious, mature initiative of disciplined protest in which they posed their concerns to the universities and government. Unfortunately, political interests hijacked the student movement, and fuelled by the frustration of not being heard, sections of the student movement (potentially with the help of outsiders) gave in to their frustration and anger, took it out on the institutions by burning libraries, lecture halls, residences, and denying other students the right to study freely. This behaviour, too, is morally reprehensible.

In light of this impasse, are there any solutions to this crisis in education?

I don’t think there are easy solutions. Free education is just not possible in South Africa. A large portion of the budget is already channelled into education and university students represent just a small portion of the entire education sector that receives government funding. And let’s be honest, the quality of that free education is deplorable, and is what prevents so many more students from gaining exemption to study at universities in the first place.

Government can’t channel more money into education unless it takes away from other crucial sectors such as health and social welfare. But this is not to say that the government can absolve itself of responsibility for what is happening at universities.

The job of government is to provide leadership, to bring together stakeholders and look for constructive solutions.

I also don’t believe that tertiary students should receive free education. South Africa already suffers from the endemic “you-owe-me” attitude of many developing countries. The rhetoric that government or the private sector owes someone a living produces an ideology that ultimately robs the individual of private agency and initiative. We cannot build a society where its citizens take and take and are not expected to give back. There can be no rights without responsibility.

All students should contribute something to their education. If not now, then at a future date. And I’m not talking about prohibitive loans that charge students exorbitant interest and will keep them financially crippled well into their working lives. Perhaps the “payback” doesn’t even need to be in monetary form.

Perhaps there is a way for universities, government, and the private sector to work together and build a model where students can be funded in repayment for work. For example, companies can fund students, but in the holidays the students give back by working for the company, doing tasks that it would otherwise need to pay someone to do.

Perhaps students who stay at residences can be made to perform the cleaning and cooking chores of their houses instead of paying staff to clean and cook for them. Perhaps banks can come up with a model of interest-free loans for students. Perhaps government can look for opportunities where students can give their free time to perform civic tasks that would otherwise require paid labour. The added benefit of this is, is that students would gain much needed work experience and be active agents in building a more equitable society.

Let us not forget that the students who are protesting today are the leaders who will govern us tomorrow. They will take us as their models. If we fail them now, they will not live up to the expectations we have for the born-free generation. If we let them believe that violence and destruction is the only way to win concessions, then we should not be surprised if they one day lead a revolution to overthrow the democratically elected government of the day.

The way we respond to and pray for the student crisis today will set the tone for the way in which South Africa will progress in years to come.

Lessons from Ireland 5000 years ago

As I write this, you’ll find me in Ireland. It is a beautiful country with a deep sense of the...