1. Who predicted the birth of the messiah?
a) Ezekiel
b) Isaiah
c) Joshua

2. In which century was the Nativity first celebrated?
a) 2nd century
b) 4th century
c) 6th century

3. In which language is Christmas known as Nadolig?
a) Hungarian
b) Norwegian
c) Welsh 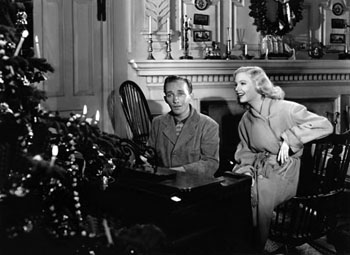 4. In which film did Bing Crosby first sing White Christmas?
a) Going My Way
b) Holiday Inn
c) The Bells Of St Mary’s

5. Which German Christmas season figure punishes children who are naughty, not prayerful and don’t know the catechism?
a) Hans Trapp
b) Knecht Ruprecht
c) Struwelpeter

6. Who pulled out a plum from the Christmas pie?
a) Good King Wenceslas
b) Hopton, Smyth & Thynne
c) Little Jack Horner 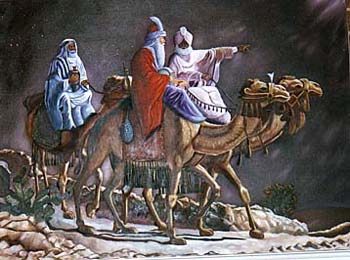 7. Which of these is not one of the three wise men?
a) Balthasar
b) Caspar
c) Dagobert

8. Who is credited with having invented the Christmas crib?
a) Francis of Assisi
b) Gregory the Great
c) Nicholas of Myra

9. According to the calendar we use now, on which date would the Christmas of the Julian calendar fall?
a) December 6
b) December 26
c) January 6

10. Who tried to have Christmas abolished?
a) Oliver Cromwell
b) Henry VIII
c) Napoleon III 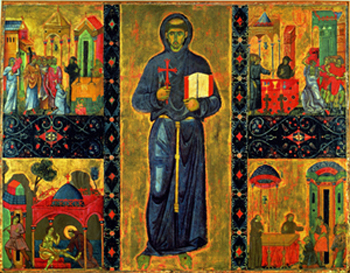 11. Which order did Bl Jacopone of Todi the first person to produce Christmas hymns in the vernacular belong to?
a) Benedictine
b) Dominican
c) Franciscan

12. Which church does not acknowledge Christmas?
a) Armenian
b) Syrian
c) Ukrainian