General Intention: Pray that the scandal of child soldiers may be eliminated the world over. We tend to think that child soldiers are a recent and African phenomenon. I suspect that the recruitment of children, especially boys, for war is something perennial. 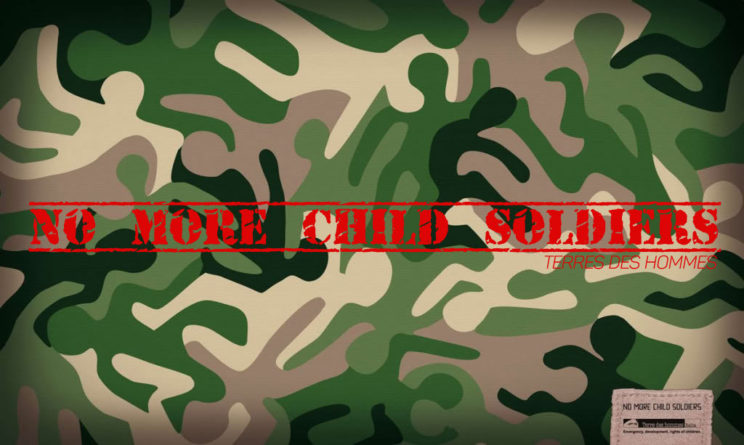 In my Jesuit novitiate in 1968, we had an elderly confrere living in the community who had fought in the First World War as a machine gunner. My fellow-novices and I were somewhat in awe of this quiet, rather sad-faced man who had lied about his age and enlisted at the age of 16. When I think of him today, I wonder what horrors he witnessed and how he dealt with his memories.

A line which struck me from an interview with the last surviving British veteran from the Great War was: “We were young and daft!” Young people don’t believe that they are going to die and they are often avid for adventure, and foolishly brave.

Those who recruit the children are older and they know exactly what they are doing. It is hard to find any excuses for them.

The cynicism with which they frequently treat these children is staggering. One hears stories of them forcing the youngsters to commit atrocities so that the poor kids feel they then have no choice but to throw in their lot with their captors. Girls are raped and become the mistresses of adult soldiers.

On a personal note, I can still remember the furious anger I felt towards child-recruiting adults when, back during the violence between Inkatha and the UDF in Natal, I saw a couple of young boys disappearing into the bush carrying shotguns.

In the Liberian war the adults seemed to have lost control of many of the child soldiers who carried on fighting each other in small bands rather like heavily armed street gangs.

A missionary priest who knew a number of these boys told me that he once asked an “officer” — only a teenager — why a particularly young boy was carrying grenades. The “officer”, without a hint of irony replied: “Because he’s too young to carry a rifle, Father.”

Holocaust survivor Elie Wiesel said that human beings can get used to anything. That it can become normal for little boys to carry grenades suggests that he is right.

Leaders who recruit child soldiers must be called to account—another reason perhaps to support, rather than withdraw from, the International Criminal Court.

More in Chatteris, Ethics & Human Dignity, Pray with The Pope

Each November, communities around the world celebrate an industry that has provided livelihoods and built strong bonds for coastal communities...