Why Mary was Assumed into Heaven

The Ascension of Our Lord into heaven I accept as a mystery of the faith. I struggle to understand why we believe that Mary also ascended into heaven at her Assumption. Why is this also an article of faith? What next, the assumption of St Joseph? Pen Evans 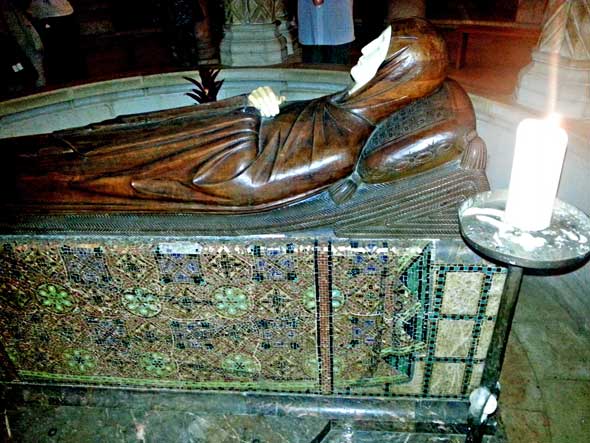 In the creeds we profess that Jesus rose from the dead, ascended into heaven and sits at the right hand of the Father. He is the one at whose name ‘every knee should bow, in heaven and on earth and under the earth, and every tongue shall confess that Jesus Christ is Lord, to the glory of God the Father’ (Phil 2:10).

We also profess our belief in the forgiveness of sin, the resurrection of the body and life everlasting. Like Jesus and because of his resurrection, with our sins forgiven, we too shall rise from death and ascend to heaven to be with him everlastingly.

The sinless Mary is the first of the redeemed now glorified in heaven. The rest of humanity is still on life’s pilgrimage, but will be like her, without sin (because our sins are forgiven), risen in glory and forever with Christ.

St Joseph was the most privileged of men. His holy calling was to be Jesus’ protector and teacher and to endure many trials, including the shock to find that Mary was pregnant, the hardships of fleeing from Herod’s massacre, and the anguished search for Jesus when he went missing. Yet God did not honour him with the same sort of high favour as given to Mary.

READ  A season for everything

The intriguing quality of Christ’s risen and glorified body is that it could pass through solid walls and locked doors (Jn 20:19). Our risen bodies will be glorified in the same way. St Paul says that we shall rise with imperishable spiritual bodies (1 Cor 15).

Remember, now, this is all to do with, as you point out, a mystery of the faith. It has nothing to do with physics or other scientific disciplines. It cannot be demonstrated but it is a belief grounded in the word of God, permitting us to speculate that the bodies of Jesus and his mother exist in a condition that is beyond the kind of physicality that we experience here below.

Our hope is to live that kind of life with them forever.