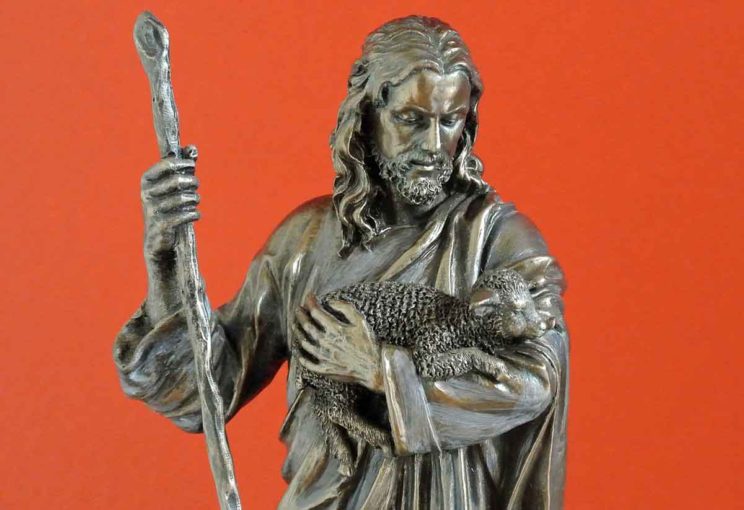 Connecting the dots between the Jesus of the Gospels and the Jesus of history is never easy, according to Mark Goodacre, a religious studies professor at Duke University in Durham, North Carolina.

“It’s frustrating when you look at the historical Jesus. We would like to have more evidence.”

Goodacre is one of several religion scholars featured on-camera on the second season of “Finding Jesus,” on CNN. Among the others are Candida Moss, professor of New Testament and early Christianity at the University of Notre Dame, and Jesuit Father James Martin, editor-at-large of America magazine, a Jesuit journal.

The greatest degree of historical certainty regarding Jesus’ time on earth is “the crucifixion of Jesus itself, because it’s something lots of writers talk about, and talk about quite early on,” Goodacre said.

“The earliest witness we have is the apostle Paul. This is in the late 40s A.D., 20 years after the events we’re talking about; we’re not looking at hundreds of years’ difference. The crucifixion of Jesus is a splendidly well-attested fact. It’s right there in the epistles of Paul. You’ve got it quite well in accounts by secular historians.”

The Oxford-educated – bachelor’s, master’s and doctorate – Goodacre has been at Duke for the past dozen years. He served as a consultant to the 2013 miniseries “The Bible,” as well as to the first season of “Finding Jesus,” which ran in 2015.

“I became aware during the first season how important it is for the academic experts to go on camera,” Goodacre told CNS. “There’s no point jumping to any kind of detailed analysis when you haven’t told people what’s actually going on in the story. Not to analyse all the time, but to explain what’s going on – explanation, description, how things are laid out.”

He added, “We use drama quite a lot so you’re visualising the thing. If you’re staring at a bunch of crusty old academics, it can be tiring to the eyes. People don’t want to go to a lecture on Sunday nights at 9 o’clock.” Working with the producers, Goodacre said, “I suppose you become more conscious about what actually works within a 42-, 43-minute time frame and what doesn’t.”

Although his specialty is not comparative religion, Goodacre contrasted the religious and educational styles of the United States and his native England.

“One of the oddest things: In England we don’t have separation between church and state. You have it in the public school,” he told CNS. “All my life growing up was with religion education classes, with hymns and prayers, and this was in a normal public school – and yet, most people don’t go to church. Here in America, including a large part of the Carolinas, where I’m living, in your public schools you don’t have any hymns or prayers, but everybody goes to church.

“I’m sure it impacts a little on my teaching. Often it will be the first religious studies class people have taken in their entire educational career. What they know is from their churchgoing or synagogue attendance,” he continued. “They haven’t done it in a humanitive, liberal-arts setting. For a lot of people, it’s the first time they’re actually starting to think critically or thinking historically about it, so it does make it a nice topic to teach.”

Goodacre hinted, even before the second season premiered, that a third season may be in the works. “I’d certainly be delighted if there was,” he said. “There’s absolutely loads of topics anyone could tap for a series on finding Jesus.” By Mark Pattison Catholic News Service

To Stand Where Jesus Once Stood

Last month Günther Simmermacher made a private visit to the Holy Land. In the second of a series of...