Our ‘Conscience Reigns Supreme’ – What does this really mean?

We grow up thinking of our conscience as those yes and no voices in our head  one encouraging us to do the right thing, the other voice suggesting to you that it’s alright, even though it feels wrong. Go with the right voice and you’ll feel better. Go with the wrong voice and suffer the consequences of guilt, regret and possible further repercussions depending on how wrong the act was. 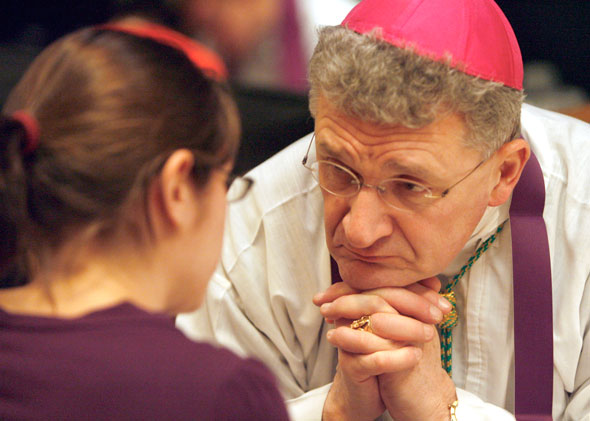 “The Church recognises the autonomy of each person?s conscience, but this decision-making process has to be fine-tuned and well informed.” (CNS photo/Bob Roller)

Sigmund Freud believed the human psyche could be divided into three parts: the id completely unconscious and impulsive; the ego representing common sense and your personality; and the super-ego  your personality influenced by learning from society. These, according to Freud, shape our sense of right and wrong.

But the Church takes this much deeper than just brain structure.  It is your inner voice guided by faith,  says Michael Shackleton, former editor of The Southern Cross and author of the  Open Door column.

The Church guides conscience through its sound principles. We all have an inner voice in the depth of our souls that reminds us this is what I accept and this is formed by faith, says Mr Shackleton. Our conscience is based on objective norms of morality, but our interpretation of these is entirely subjective. When we are conflicted about something, we ask ourselves questions, we ask others questions, and we try and make a decision. This decision is correct if one is settled within their soul  and this settling feeling is an individual or subjective feeling.

Vatican II represented a development in how the Church understands conscience: His conscience is man’s most secret core and his sanctuary. There he is alone with God whose voice echoes in his depth (The Church in the Modern World 16).

Conscience therefore is the application of our minds to a particular issue. It give us insight into norms, instinctual feelings and intuitive knowledge so that we can respond intelligently and responsibly to a particular situation, Redemptorist Father Sean Wales explains.

The Church recognises the autonomy of each person’s conscience, but this decision-making process has to be fine-tuned and well informed. Fr Wales says a Christian conscience is one that has had the benefit of the Church’s teaching to help shape and form it.

We are bound by Catholic teaching to follow our conscience, explains Fr Wales. When faced with a dilemma, a Catholic will take into account Church teachings, but in the end all decisions must sit comfortably with our personal conscience. The Church recognises that which exists in the depth of our souls. So, even if we make an incorrect decision and are objectively in the wrong, if we were truly conscientious, we would escape moral blame, Fr Wales says.

He adds that Vatican II said quite simply: in the end, conscience is supreme. Of course, often a person’s conscience is ill-formed, or overscrupulous, or out of focus but being mistaken is not the same as being sinful.

Ideally, every decision should be researched, contemplated, and mindful of advice received. Mr Shackleton says that even if you’re convinced the action is right, it’s always best to find out from others why it is wrong. Act when you are settled in your soul, is his advice.

Here is an example: While taking the life of another is morally wrong, a soldier going to war might believe deep, down in his soul, that the war is based on a just cause and his actions, including killing opposing soldiers, are acceptable and for the greater good. Even though killing someone is a bad thing, the soldier, guided by his conscience, is not committing a sin by going to war. According to the Church, he is not personally sinful.

Another example: Two families are faced with the same issue neither wants to grow any bigger. The first family follows the Church teachings that proscribes the use of artificial contraception and lets nature take its course. The second family feels that contraception is the only way to ensure that their family does not grow. Both families believe they are doing the right thing for their respective families in the circumstances.

Both are acting according to their consciences; neither is subjectively sinful. The family that goes the contraceptive route is mistaken in the eyes of the Church, but they are acting in good conscience, in good faith and so they do not sin, Fr Wales explains.

In temporal law, there is a series of distinctions between murder and manslaughter. Murder is intentional; manslaughter is unintentional. In law, the consequences are therefore different.

If you’ve done something sinful either deemed sinful by yourself or by the Church, guilt sets in. There are two kinds of guilt: healthy and unhealthy. Healthy guilt is, by definition, good, Fr Wales says. We recognise what has happened was bad, we regret it and we’re sorry. Catholics have access to the sacrament of reconciliation to make things right with God and themselves.

But unhealthy guilt is a problem many people encounter. You blame yourself retrospectively. Guilt should be transformed into regret and determination to not do it again. This is unhealthy when you don’t let it go.

Being a Christian means believing in forgiveness, of others and of themselves. People need to forgive themselves. Hanging on to an issue after confession shows a lack of faith. We believe that God forgives. Forgiveness is spiritual, explains Fr Wales. If you hang on to guilt then you don’t believe that you’ve been forgiven a fundamental flaw in faith.

It is also possible that while you once acted in good conscience, later in life, you change your mind. The soldier who once believed his actions were just, might one day feel guilt. Confession and spiritual direction are the key. Identifying what the specific source of guilt is will help the individual put the issue to rest. Forgiveness will then help them move on, says Fr Wales.

Fr Wales believes that the sacrament of Confession can include an element of spiritual direction. Confession is a sacramental encounter and can be used to get advice, but confession is really about a change of heart a conversion of life. Most Catholics, even those who acted in good conscience, will, in fact, go to confession because they do retain some respect for the Church’s teachings and may feel some degree of guilt.

A priest is there to help mediate Gods compassion, but sometimes further therapy is needed. A priest is trained to offer only so much guidance, the rest can be offered by a professional. For example, a confessed paedophile needs more help than a priest could offer, Fr Wales explains.

Fr Wales believes the Church sets the bar quite high for personal sin: there must be grievous matter, perfect knowledge of the moral evil involved and full consent in it. The more one reflects, the more highly developed one’s conscience will become and the less likely one is to act immorally, he says.

The examination of conscience is a most important act. In discerning personal sin, the motive of one’s action is more important than the actual act, says Fr Wales. Moving away from objectivity to subjective self-analysis before God on the tone of one’s life is ideal. Move from the specific focus of actually doing the sinful deed and focus on the context your whole life. Fr Wales emphasises the words of Jesus who said what makes a person clean is not what you see on the outside, but what is on the inside (Lk 11:39).

In receiving absolution in confession, one’s sin ceases to exist, it is annihilated; but one can still learn from the experience, says Fr Wales, and as a result of a good confession one becomes more attuned to grace and to the life of Spirit. God continues to live in us.

Faith is a gift and the ultimate source of hope and joy. Through it we are taught good moral lessons which guide us on our journey. When we face moral dilemmas, we are encouraged to research our options and are given freedom to act according to our own conscience.

And even then, if our decision is wrong, we are not rejected and expelled, but encouraged to bring our burden to the Lord.

Confession means conversion, says Fr Wales, and a positive conversion will bring us closer to God and salvation the objective of our lives and what our conscience helps us to attain. 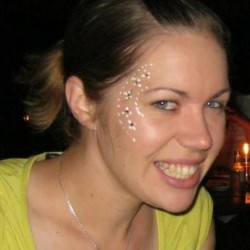