More than ten bishops concelebrated a Mass yesterday in Cape Town’s St Mary’s cathedral to launch the year of celebrations to mark the 200th anniversary of the Catholic Church being established on South Africa. 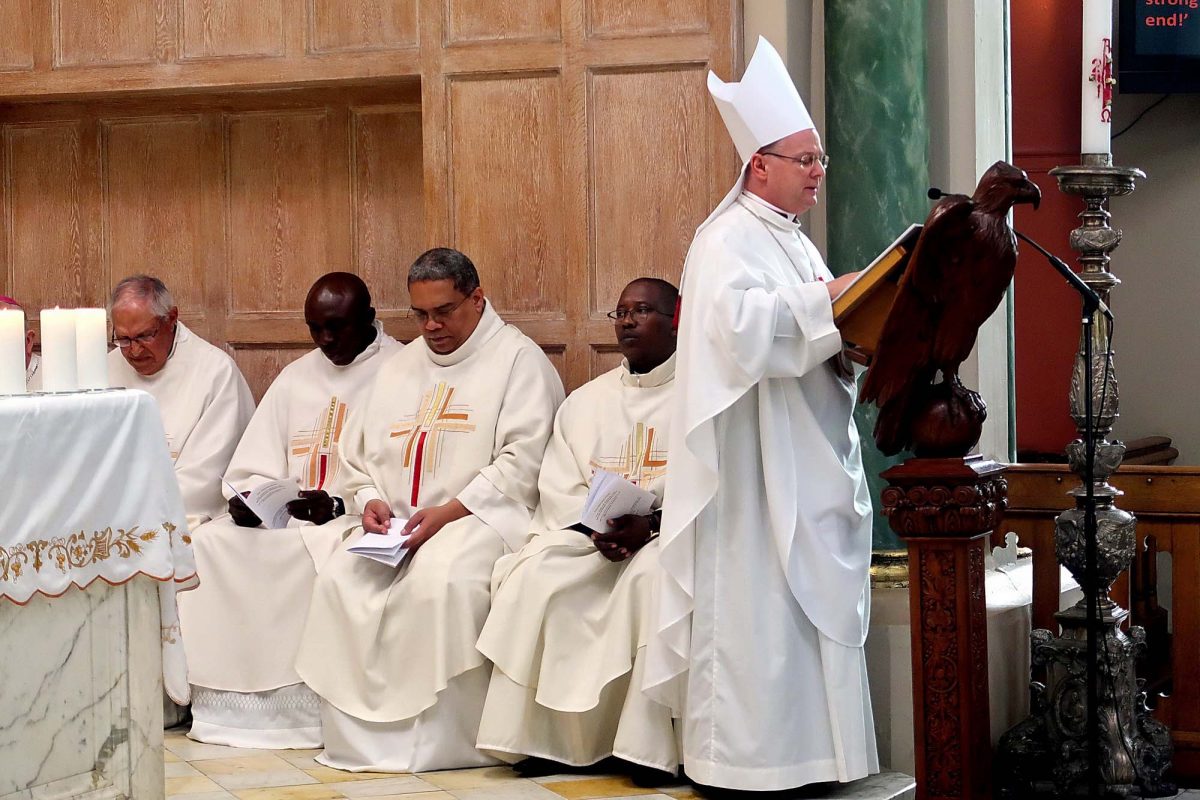 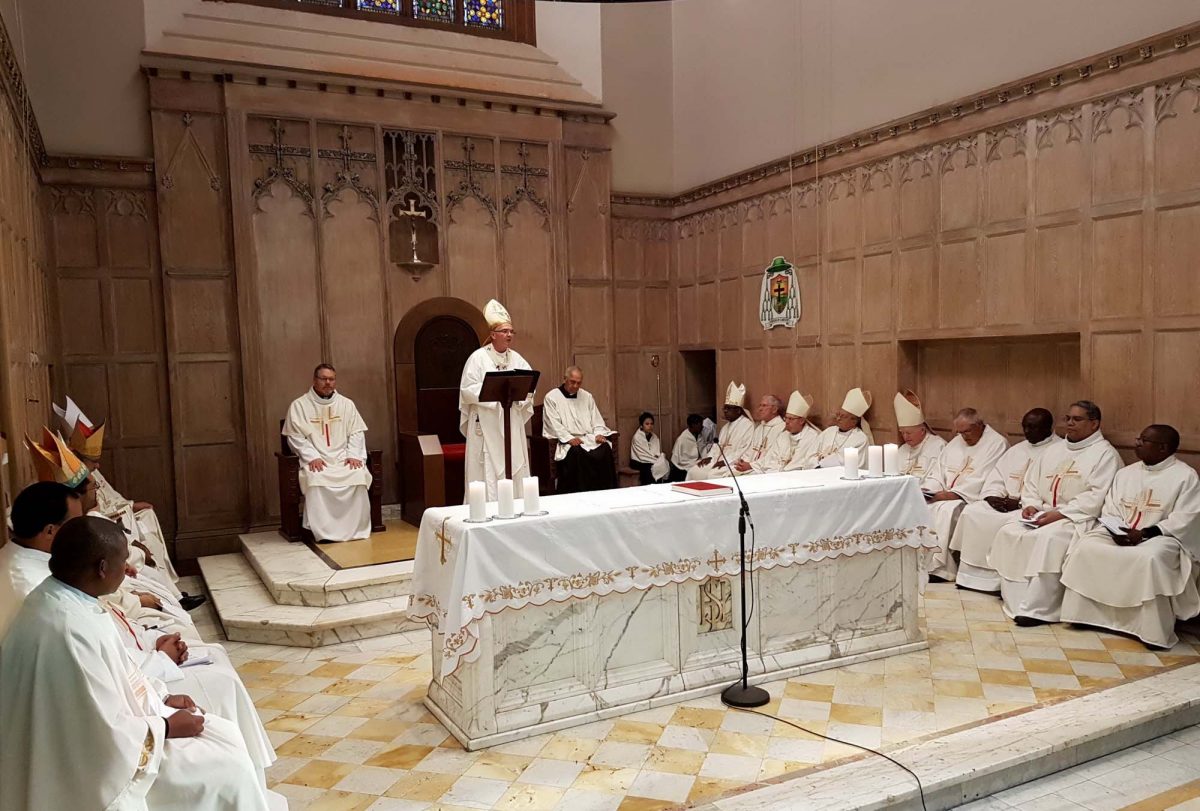 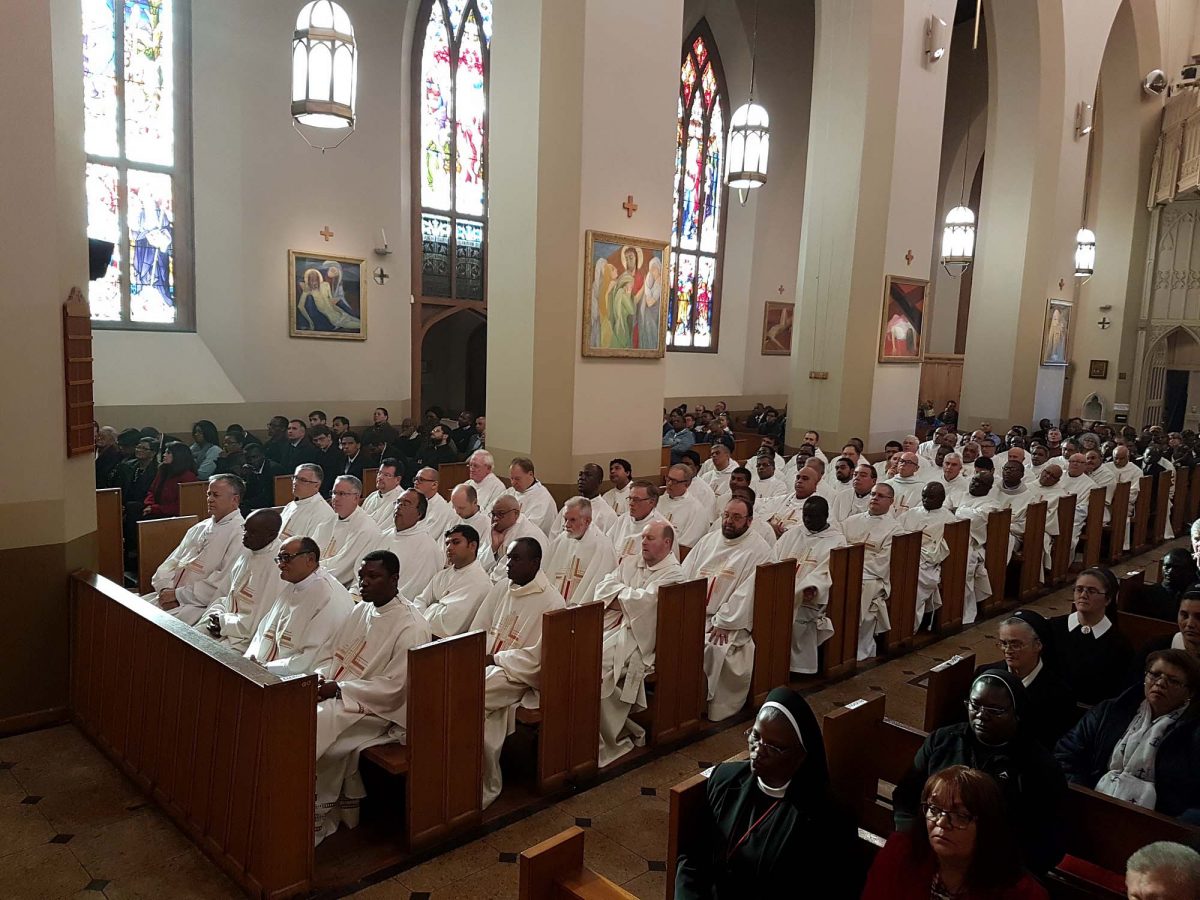 Clergy of the archdiocese of Cape Town at the Mass. At the left in the front of the opposite aisle is Sr Hermenegild Makoro CPS, secretary-general of the SACBC. 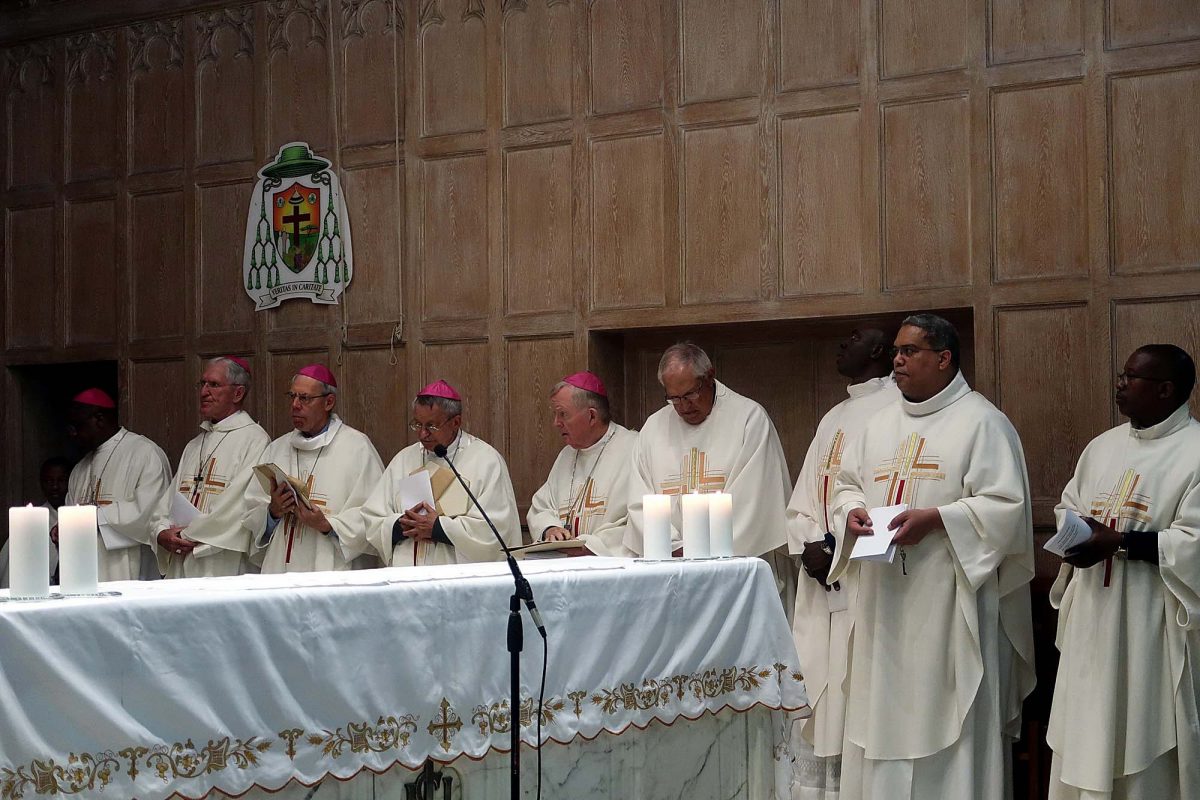 Bishops and clergy on the sanctuary. 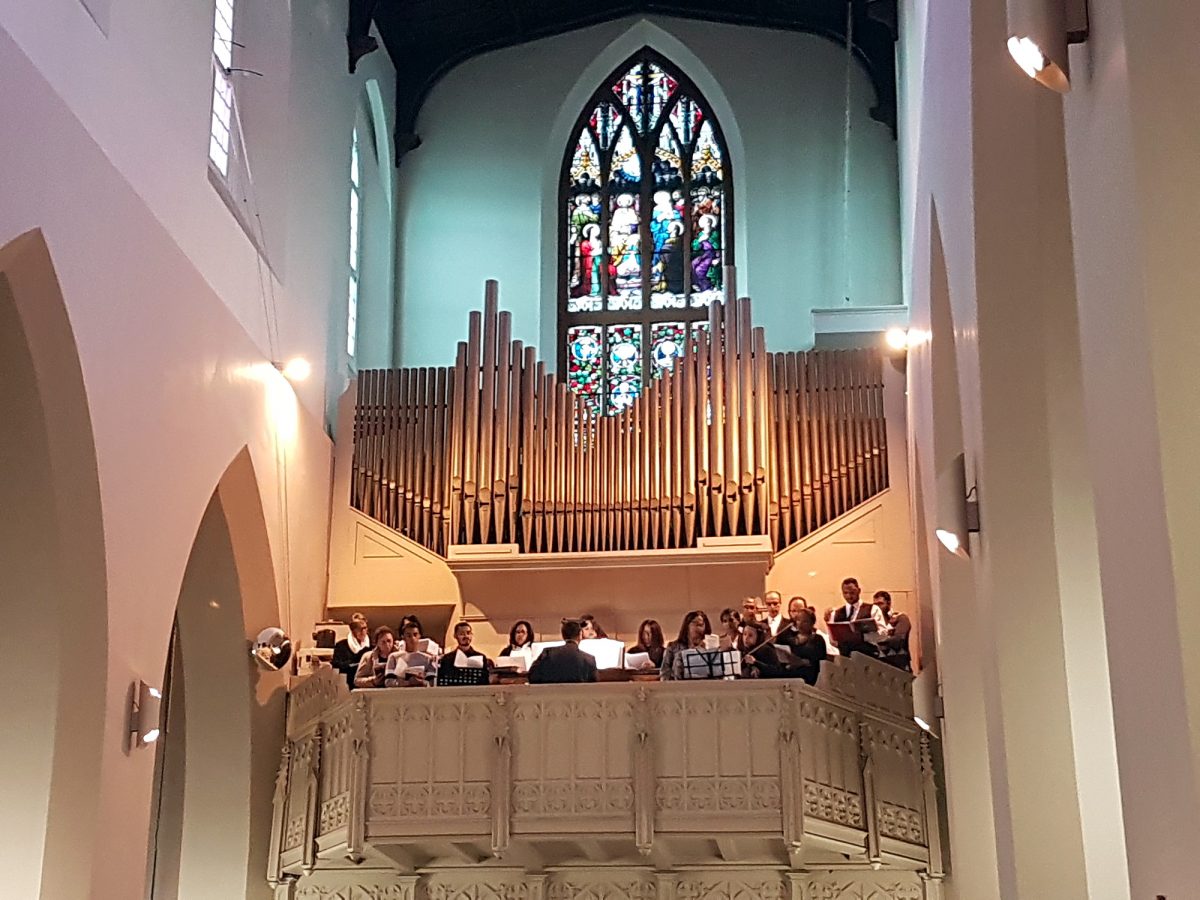 Choir and musicians produced beautiful liturgical music at the Mass. Some of it, such as the Alleluia, Sanctus, Agnus Dei and others, were composed by Fr Martin Pender of Cape Town. 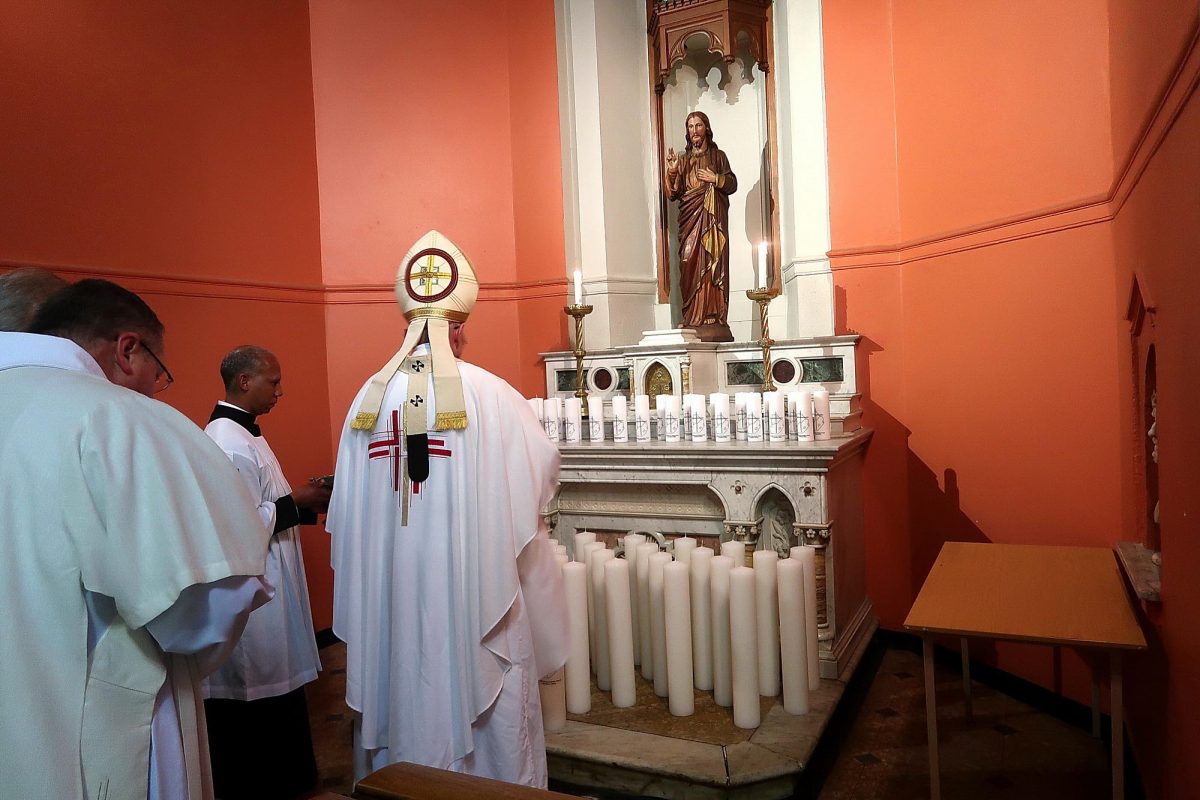 Archbishop Brislin blesses the bicentennial candles that will be given to each diocese to be lit next June to celebrate the 200th anniversary of the Catholic Church in SA. 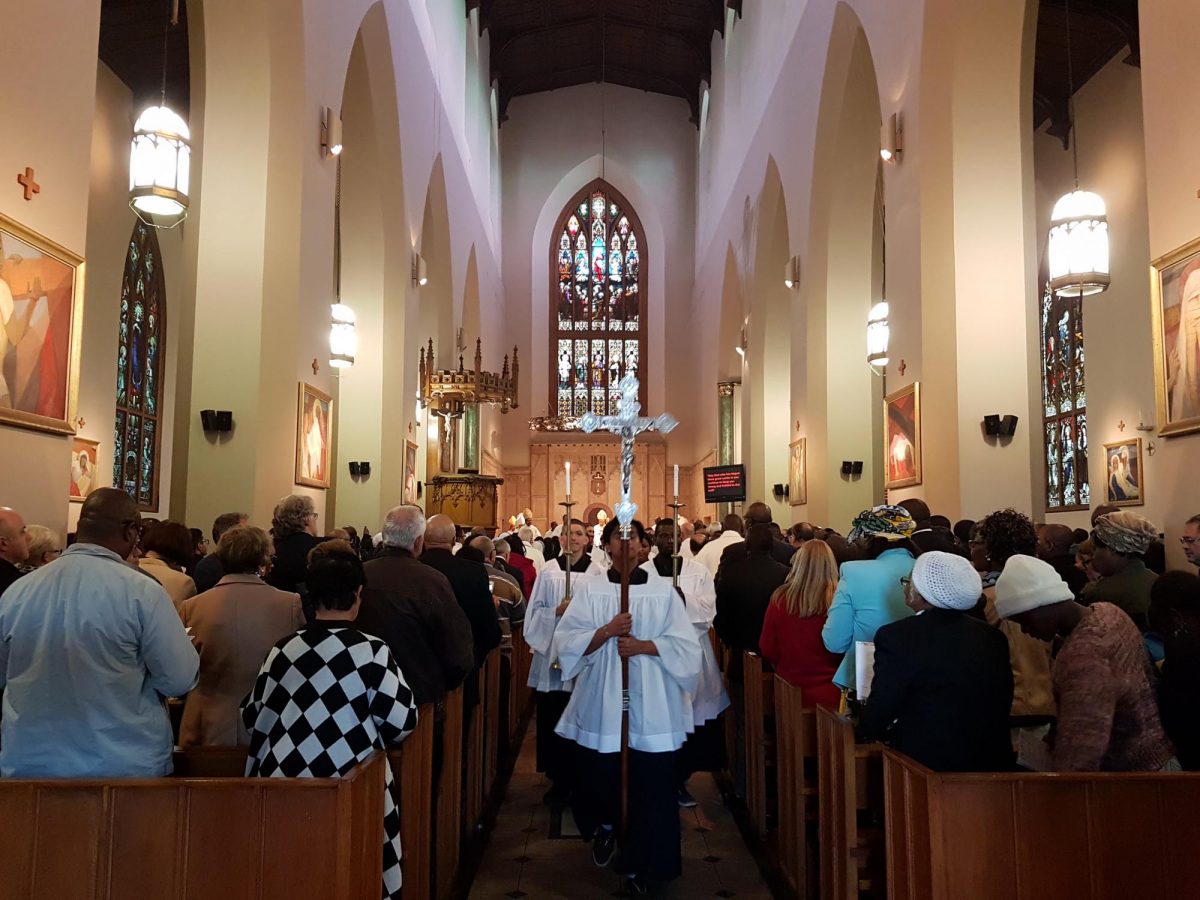 Altar servers lead the recession after the Mass. 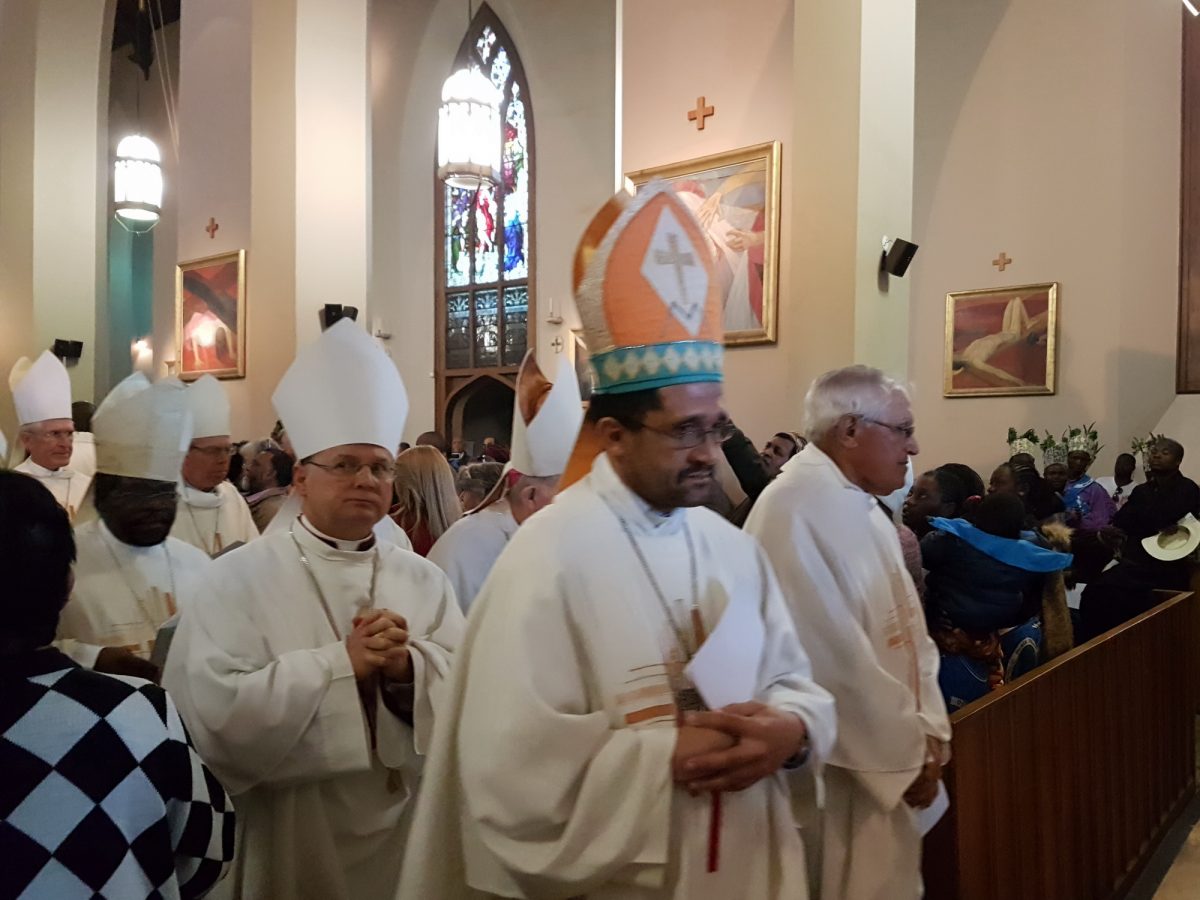 Bishops Sipuka, Adams in front, followed by papal nuncio Archbishop Wells and (obscured) Bishop emeritus Hugh Slattery, followed by Bishops Jwara and De Grief, with Bishop Dowling behind them,
in the recessional after the Mass. 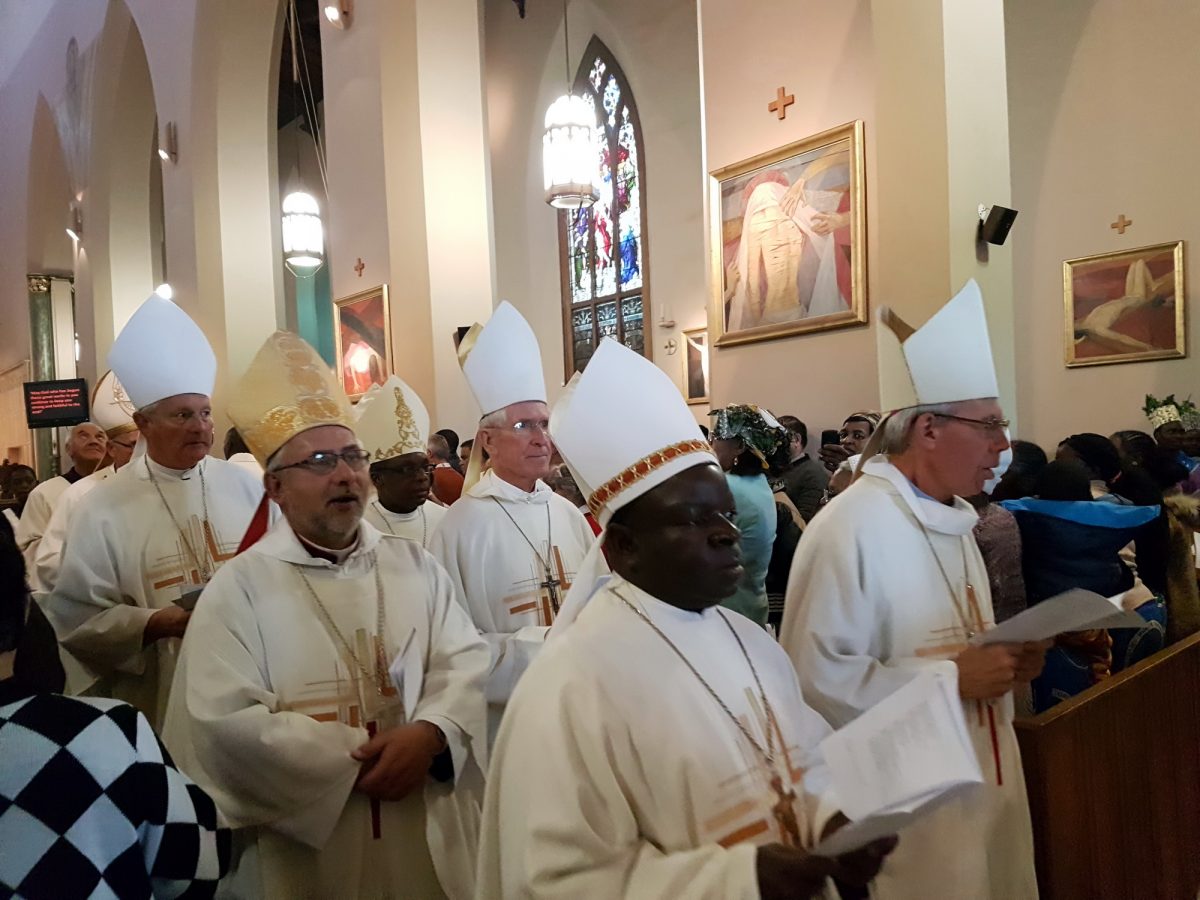 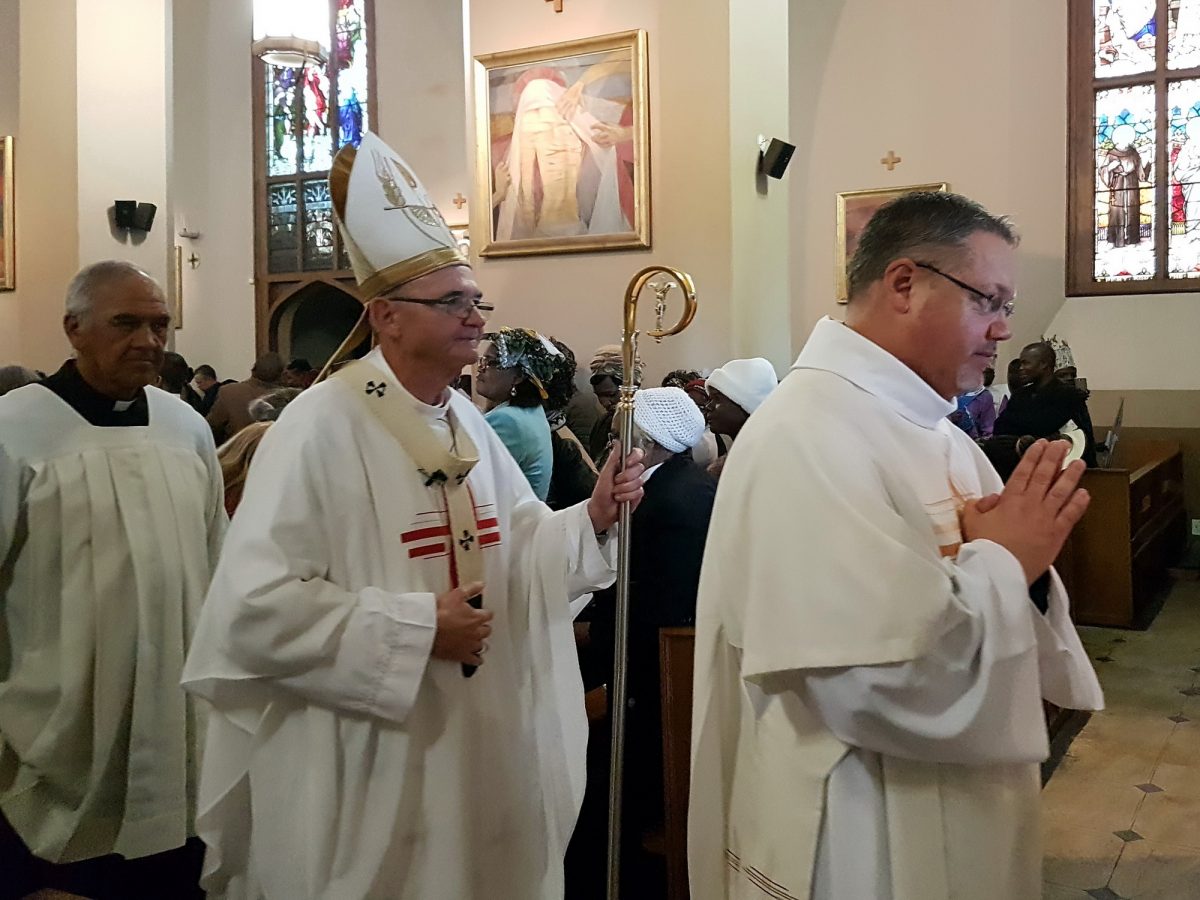 Archbishop Brislin in the Bishops in the recessional after the Mass.