Why Jesus is the Perfect Role-Model for Manhood 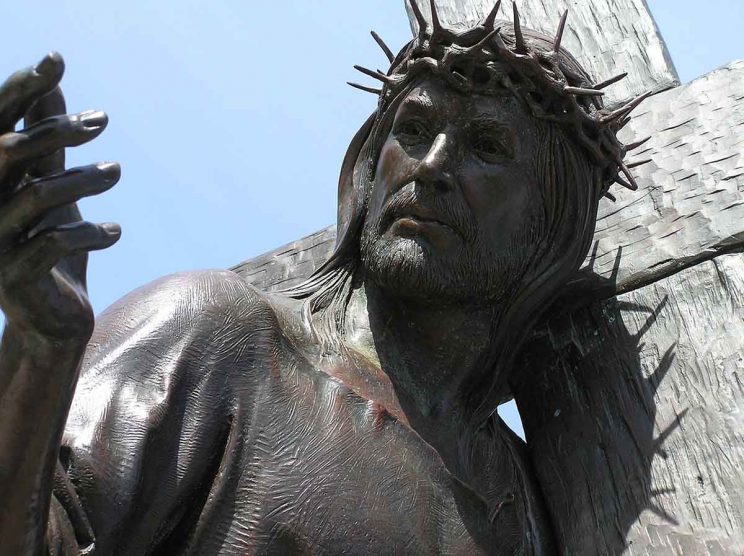 The open, welcoming and vulnerable Jesus should serve as the perfect model for manhood, argues COLLEEN CONSTABLE.

The idea of men’s ministries resonates with women as much as it does with men — but for different reasons.

Women are excited about the idea because they support the spiritual, personal and professional development of men. A woman’s closest inner circle of men consists of her father, brothers, male friends or husband, and Jesus. A woman’s encounter with these special men in her life influences her expectations of men.

Most women know that their relationship with Jesus teaches them about the model of a “perfect man”: masculinity at its best. Most women’s dream is that all men should learn from Jesus.

The New Testament illustrates that the ultimate model of masculinity is found in Jesus. From Jesus the Nazarene we learn about principles, values and behaviour, life-changing perspectives and practices.

Jesus’ attitude and actions are evidence of the perfect role model of male identity and masculinity. His leadership style and how he used his authority points towards an integration of positive feminine and masculine characteristics. His interaction with women and vulnerable and marginalised persons illustrates how he changed the ancient interpretation and expectations of masculinity.

Jesus broke down patriarchy and traditional masculinity: he exposed his followers to an alternative masculinity.

Jesus embodies love and mercy, justice and peace. He had emotional intelligence and an assertiveness that does not dominate, discriminate or harm others. Jesus transformed gender norms, maleness and masculinity—he was not ashamed of vulnerability.

He left us a legacy: he shaped an alternative masculinity. He destroyed traditional masculinity when Pilate presented him to the crowd, saying: “Ecce Homo!” (“Behold the man”). Jesus appeared, eyes downcast, wearing a crown of thorns and a purple cloak: bloodied, wounded, beaten and disfigured—holding a reed. A symbol of greatness: obedience to the will of the Father, true humility and vulnerability, combined with taking the lowest position.

Jesus teaches men what redemptive suffering and love means. Jesus illustrates that to love also means to give up privilege—to embrace sacrifice for the sake of another, even if it means to give up your life for your friends. 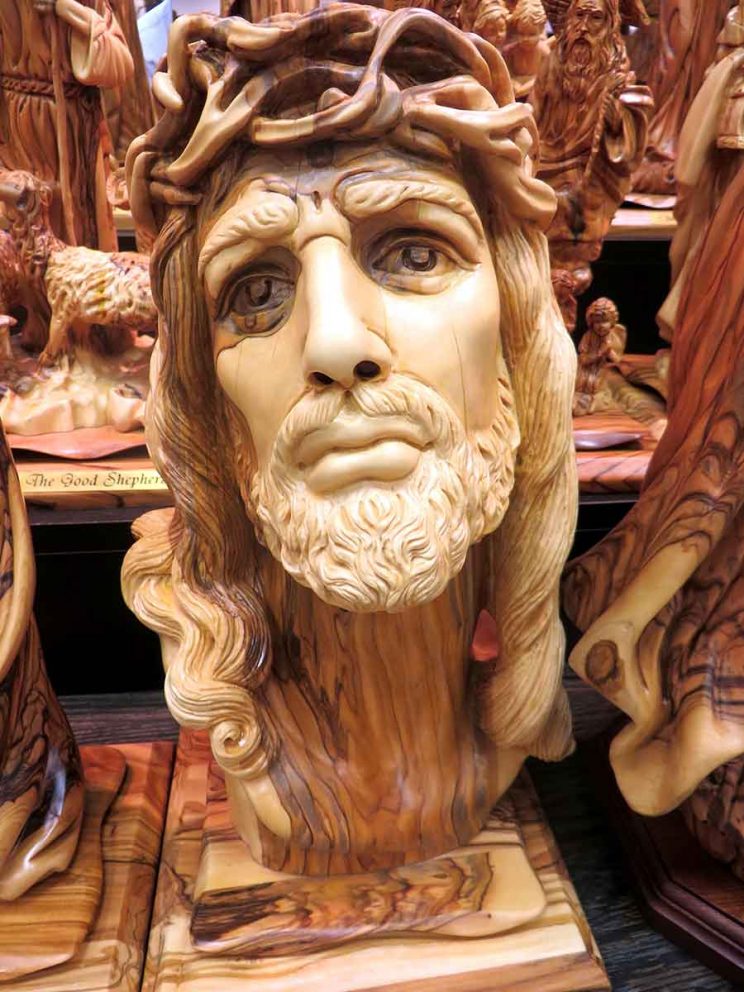 Ecce Homo: The face of the suffering Jesus on an olive wood carving in Bethlehem, West Bank. In her article, Colleen Constable argues that Jesus “destroyed traditional masculinity when Pilate presented him to the crowd, saying: ‘Behold the man!’” (Photo courtesy Nissan Bros.)

Modern men face 21st century challenges such as radical social change that includes emancipation and empowerment of women. It offers an opportunity to carry their “modern day crosses”, without shortening or abandoning them.

It is an opportunity to give up “entitlement” and “privilege” for the sake of another. The 21st-century men are now called to surrender to Jesus completely: to imitate him.

The 15th-century spiritual classic The Imitation of Christ by Thomas à Kempis offers inspirational spiritual and psychological insight towards “a mature spiritual life and even a path to holiness”.

This famous resource provides appropriate methods that can produce life-changing moments. It is one form of literature that could be beneficial for spiritual development in men’s ministries.

We all know that through Jesus, God has called humanity to holiness — to follow the example and the attitude of Christ. The choice to accept or reject this call is ours.

It is assumed that men’s ministries have embraced the call towards “holiness”. The latter requires a change in mindset and attitude. It calls us to transform the society around us through our own actions and lifestyle. Holiness brings healing and peace of mind. Holiness shapes our relationships.

In his 1999 encyclical Novo Millennio Ineunte, Pope John Paul II asked the question: “What might the word ‘holiness’ means in the context of a pastoral plan?” And he answered his rhetorical question: “The paths to holiness are personal and call for a genuine ‘training in holiness’, adapted to people’s needs… This training in holiness calls for a Christian life distinguished above all in the art of prayer.”

John Paul II said: “This reciprocity is the very substance and soul of the Christian life, and the condition of all true pastoral life. Wrought in us by the Holy Spirit, this reciprocity opens us, through Christ and in Christ, to contemplation of the Father’s face.”

The spiritual programme of men’s ministries should draw them into a deeper and significant relationship with Jesus Christ: a life-changing encounter with their brother and their King. They should become “slaves of Christ” who consecrate themselves to him through Mary, Mother of God. Men, who learn from the Mother how to follow Christ, will encounter the “Cross of Humility”, the “cornerstone of all virtues”.

Men’s ministries should have “conversations with women”. Pope Francis has recommended that “to solve their relationship problems, man and woman should talk more. Listen more, know more and love each other more. They must trust each other with respect and cooperate with friendship.”

The masculinity of Jesus found within his appearance “Ecce Homo” is the epitome of total abandonment for the sake of love and the Will of God. Through imitating Jesus, men can be healed from the harmful effects of hegemonic masculinity and patriarchy. The example set by Jesus should be the method of measurement for progress in men’s ministries.

Colleen Constable is founding CEO of the South African Institute for Violence Prevention. She is a former  CEO of the National Council Against Gender-based Violence, and served in the police services at senior management level.