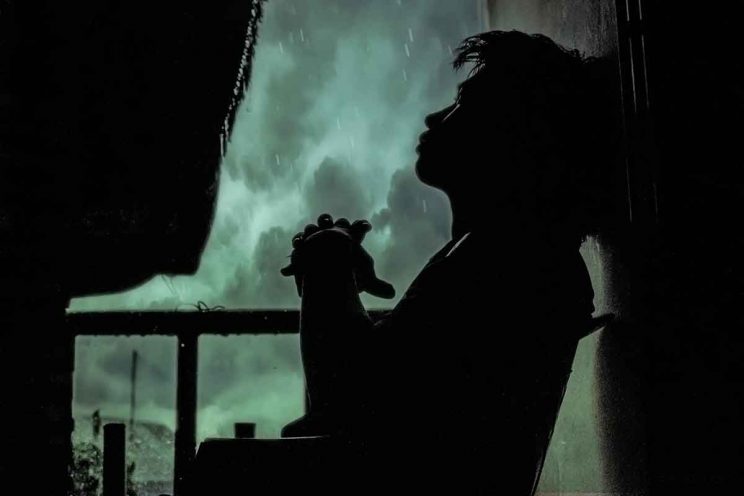 Violence against women has dominated national headlines and social media discussions over the last month. Karabo Mokoena gave these words a face. The front pages of newspapers around the country carried the picture of a clean-cut young lady with her whole life ahead of her. Her body — burnt beyond recognition — was discovered in a shallow grave.

Karabo is not a statistic. She was a real person, a woman with dreams for her future. She was a daughter, a friend, a classmate, a colleague. According to family members, Karabo’s boyfriend — a key suspect — had previously hit her and it is thought that the couple had an argument on the night she was murdered. Her young life was cut short and we can only imagine what pain and fear she experienced in the moments before her death. Nobody deserves to die that way.

Two days later, a 22-year old woman was gang-raped by 11 men as she was walking home from work. She was accompanied by a male colleague who ran for help when he saw her being dragged away by a group of men.  The police arrived on the scene to find several men waiting in line to rape her. The victim was pregnant. We pray that the violence against her did not harm the life of her child.

Only the most horrific and graphic stories make national headlines, but they are not isolated incidents. Countless women face violence every day and many fear for their lives. They suffer silently every day and we never hear their stories.

A few weeks ago a lady phoned me. She was in tears and desperate. She was about to file for divorce against her husband. She has been married for several years. Shortly after the birth of their first child, their family circumstances changed and she was forced to quit her job and come home to look after her child. It was at this time that her husband began hitting her, something he had never done before. She could not explain his changed behaviour, except that he somehow blamed her for their changed circumstances.

After multiple violent outbursts, she filed a restraining order against her husband. However, he still came to the house and acted violently towards her. She began to fear for her and her daughter’s safety. Finally, she decided that her only way out was to divorce him. She is a Christian and had been told that divorce is a sin. She phoned me to ask for my prayers, so that God would forgive her. Forgive her? What did she do wrong?

My heart broke as I listened to her story. Has our Church teaching been so misunderstood that the victims of abusive marriages add the guilt of divorce to the already heavy burden they are carrying?

Yes, the Church promotes the sanctity of marriage and will always continue to do so. But a marriage is only valid if it is based on mutual, life-giving love and is built on trust. A relationship that is based on one spouse’s desire to overpower, control or instil fear in the other is not a marriage. If the couple cannot resolve conflict without resorting to abuse and violence, then we need to ask serious questions about the quality of their love.

In the context of the endemic violence against women in South Africa, the Church must proclaim its message boldly. The Church must do whatever it can to help break the cycle of abuse and violence. When trust has broken down to such an extent and love gives way to fear, we need to acknowledge that humanly, it is very difficult to restore the bonds of unconditional love. Divorce sometimes is the only option.

READ  The Tragedy of Child Labour

We cannot treat the divorced members of our communities as second-class citizens. We don’t know their stories and can’t judge them. Neither can we force those who are divorced (especially those who played no part in the breakdown of their marriages) to choose between receiving the Eucharist and the companionship of human love in a future relationship that could heal the hurt and brokenness of the past. Then have the marriage annulled, some might say. A divorced Catholic friend once said to me that the process of annulment is so intrusive and brings up so many old wounds, that many people feel that they cannot face this option.

The Church is in a unique position to assist with counselling, discernment on relationships and, where necessary, empowering women to make decisions that ensure their safety. Every parish has a responsibility to make available counsellors, social workers and legal professionals to help all women and children who are the victims of sexual, physical and emotional abuse and have nowhere to turn.

We are told that a woman’s life is most in danger when she has told an abusive partner that she is leaving. Parishes might also consider having places of safety where victims of abuse can be welcomed and cared for.

But we need to go even further.

It’s important to give assistance to the victims, but that’s a lot like treating a toothache without locating the abscess.  We need to identify the root cause of South Africa’s high incidence of gender-based violence. Psychological studies indicate that violence against women stems from deep-seated anger and powerlessness among men. Historical, cultural, and social factors have given rise to a generation of men who grew up without good role models of what it means to be a man and do not know how to channel their physical strength to care for and nurture the life around them.

The Church is called to actively educate boys and men on what it means to be a man, created in the image of God. How many parishes run formation programs to teach men how to become loving sons, fathers and husbands, to discover that love grows through freedom and not control, and to respect every woman in every situation?

The protection of women and the formation of men is one area that the Church can—and must—play a transformative role in our society. Let’s not wait on the SACBC to develop programs and materials. We can all get involved. Receive training to become a counsellor. Hold formation days that unpack the Church’s teaching on the dignity of human life. Form faith sharing groups that focus on uplifting women and educating men. Volunteer at shelters for abused women. Find parish-based solutions to the particular problems of each community.

Violence against the most vulnerable members of our society has continued for too long. The horror in which so many women live in daily can only be reversed if everyone does something, no matter how small, to eliminate the conditions that allow the abuse to continue. #StopItNow.