Charismatic Catholics: Walking in the Spirit 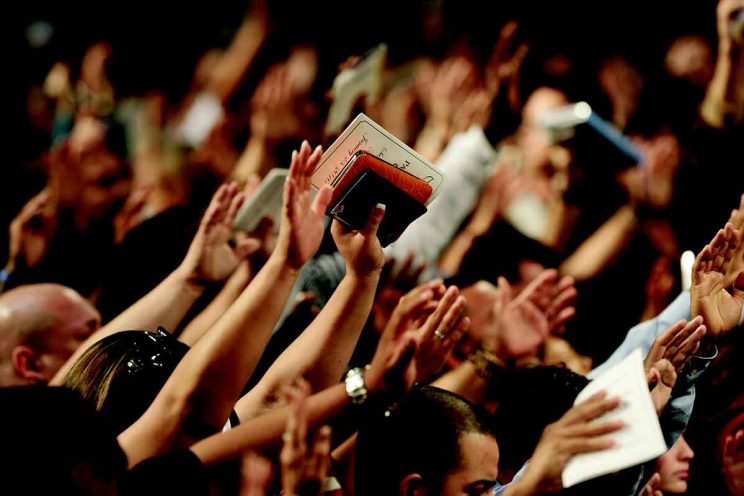 This year the Catholic Charismatic Movement worldwide reaches its 50th birthday, which will be celebrated in St Peter’s Square with Pope Francis on the feast of Pentecost. ERIN CARELSE looks at the movement’s history and speaks to two South African followers.

The Catholic renewal of this experience of “Baptism in the Spirit” began in February 1967 when a group of students on retreat at Duquesne University in Pittsburgh, Pennsylvania, began praying for a fresh outpouring of the Holy Spirit.

Many of them reported profound spiritual experiences which they shared with others. They felt a renewed commitment to prayer and a personal relationship with Jesus, a yearning for more knowledge in their Catholic faith and to the Gospel call, to bring the message of Jesus to others, and the use of the gifts and charisms of the Holy Spirit to bring this about.

This caught on quickly, leading to the establishment of a national service committee in the US and the International Catholic Charismatic Renewal Services in Italy.

This renewal of “baptism in the Spirit” has “set on fire” for the Lord some 150 million Catholic charismatics worldwide.

Even after 50 years, the movement is still misunderstood.

For one thing, it is an integral part of the Catholic Church, and Catholic Charismatics subscribe to the teachings of the Church just as all the faithful do.

Catholic Charismatic Renewal is not a single, unified worldwide movement, nor does it have a single founder. It’s a diverse collection of individuals and groups who share the same fundamental experience and the same goals.

The common thread for the movement is the “baptism of the Holy Spirit”. For many people, this is a powerful and life-transforming outpouring of the Holy Spirit that takes place in the context of a specifically designed Life in the Spirit seminar — though many have been “baptised in the Spirit” outside of the seminar.

Many Catholics who have experienced this “baptism in the Spirit” become more involved in their local parishes, community outreaches, teen ministry and missionary work.

Like Pope Paul VI before him, St John Paul II was an admirer of the movement. Addressing international leaders in 1979, he said: “I am convinced that this movement is a very important component of the entire renewal of the Church.”

He told the group that since the age of 11 he had said a daily prayer to the Holy Spirit. “This was my own spiritual initiation, so I can understand all these charisms. They are all part of the richness of the Lord. I am convinced that this movement is a sign of his action.”

Stephen Selbourne, an evangelist in Catholic Charismatic Renewal in Cape Town, hopes that the celebration will lead Catholics to the movement.

“What an amazing occasion that would be to see the Church on fire on the Day of Pentecost gathering, together in the ‘Upper Room’,” he said.

“Catholics should be encouraged to embrace this movement — not only to tolerate it, but to celebrate it,” he said.

Though this year is the 50th birthday of Catholic Charismatic Renewal, Mr Selbourne noted that it “started on the day of Pentecost on Mount Zion in Jerusalem, at the birth of the Church”.

Speaking for his region, Mr Selbourne said Catholic Charismatic Renewal is “expecting a phenomenal growth as it moves from parish to parish, introducing the Charismatic way of life”.

But the movement’s mission is broader: “To go to the lapsed, the lonely, the least and the lost, to evangelise the good news of love and freedom bought and paid for by Jesus our Saviour”, he said.

Mr Selbourne would like to see Catholics giving Charismatic Renewal “an opportunity to be a living presence in their parish — and experience spiritual growth as never before”.

His hope for this year’s jubilee is for a fresh outpouring of the Holy Spirit.

“We are grateful to all priests and bishops for knowing that we are called and chosen by God to move and operate in the power and the anointing of the Holy Spirit within the Catholic Church,” said Mr Selbourne.

Letter from a cardinal

John Lee of Johannesburg, a frequent contributor to The Southern Cross’ letters page, has a long-running relationship with  Catholic Charismatic Renewal, and even corresponded with a cardinal who championed the movement.

In 1975 he attended charismatic congress in Rome where he met the late Cardinal Leo Suenens of Mechelen-Brussels, Belgium.

Cardinal Suenens was one of the leadings bishops at the Second Vatican Council.

“I began to correspond with the cardinal afterwards and treasure his letters, especially the first one where he began with: ‘Your letter came to me as a smile from the Lord’,” Mr Lee recalled.

Since then he has befriended Ralph Martin, Fr Francis McNutt OP and other leaders of Catholic Charismatic Renewal who are still seen on EWTN, the US Catholic broadcaster.

“I would encourage fellow Catholics not to be ‘afraid’ of the Charismatic movement, but to take to heart what Pope Paul VI wrote of it:  ‘A chance for the Church and the World’,” Mr Lee said.

Since he became involved in the movement, “my faith and my love for the Church, warts and all, has blossomed in a way I never dreamed possible,” Mr Lee said, adding: “We are experiencing a New Pentecost, with its joys and sorrows.”

Pope: Don’t treat the confessional like a dry cleaners!

Franciscans Opt for Their Own ‘Hip-Hop’ Style

We are Blessed in Many of our Popes

Fay Jackson, Benoni - There is no doubt we are blessed with the pope for our times, and I am...