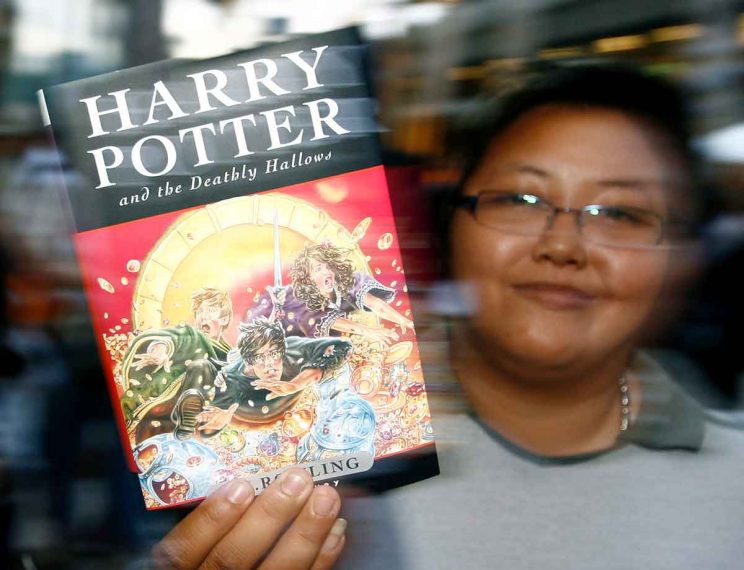 Two decades since the publication of its first book, the Harry Potter series by J.K. Rowling continues to draw countless readers into its pages, gaining ground among some faithful initially put off by the much-debated themes of magic and witchcraft.

The seven novels of the Harry Potter series carry the reader through the life of the orphaned Harry Potter, an 11-year-old boy who learns of the world of wizards and magic as he heads off to study at Hogwarts School of Wizardry and Witchcraft. Each novel tells the story of another year at Hogwarts, as he discovers the history of his wizard parents and battles dark magic with his friends.

The Spirit of Resurrection

John Granger is the author of “How Harry Cast His Spell” as well as other Harry Potter commentary books and was named the “Dean of Harry Potter Scholars” by Time.com. He spends his time speaking at various universities and conferences, as well as working on his vlog, potterpundits.com.

In an interview with Catholic News Service, Granger spoke about the “imaginative spirit of resurrection” that is woven throughout the series.

“The most obvious and the strongest one is that every year, Harry’s journey, rather than the hero’s journey, has him going underground to fight the bad guys and he appears, and he battles, and he loses,” Granger said. “He dies a near death, and just when he’s about to expire, a symbol of Christ appears and Harry rises from the dead.”

Granger sees the story as a “morality play” because of Harry’s dying to himself out of love for his friends that essentially is an “imitation of Christ.”

“One of the reasons that readers love it is because they are designed to love this story,” Granger said. “Sacrificial love being the greatest power on earth, of course you love that story.”

Controversy surrounded the Harry Potter series at the time of its release, specifically among some Christian groups whose members feared exposure of their children to the themes of magic and witchcraft.

Nancy Carpentier Brown is a homeschooling mother and the author of “The Mystery of Harry Potter: A Catholic Family Guide.” Brown first became aware of the Harry Potter series when she received two contrasting opinions on the novels from fellow mothers whom she trusted. When her oldest daughter began to show interest in the series, she suggested that the two begin to read the novels aloud together each night.

“We got lost in the story,” Brown said in an interview with CNS.

While Brown read several books that tried to convince her that the Harry Potter series would be a doorway to the occult, or new age thinking, she didn’t find those concerns in the novels.

“It just didn’t resonate with me and with my experience of the books,” Brown said.

In her book, “The Mystery of Harry Potter: A Catholic Family Guide,” Brown explores the stories through a Catholic lens, addressing the moral and spiritual issues within the novels, as well as how parents can engage the text with their children.

While her support of the series has prevented her from speaking in some Catholic circles, she continues to support the series and appreciate its influence within her family.

“I don’t think the fears have manifested themselves in any way that people worried about at the time,” Brown said.

“God is present in everything, and so as a result, you don’t want to be afraid and say that well we shouldn’t go near certain things like those books because they’re pagan or superstitious,” Father Reiser said. “But no, anything can be a vehicle that brings people into some contact with the divine.”

Father Reiser is a professor and department chair in the religious studies department at the College of the Holy Cross in Worcester, Massachusetts. He teaches a course called “Defense Against the Dark Arts”, named after a subject taught at the Hogwarts school within the novels.

Father Reiser touched upon the fact that more of his students have read the Harry Potter series than have read the Scriptures in an interview with CNS.

Father Reiser makes the connection of the Harry Potter books to the Spiritual Exercises of St. Ignatius of Loyola.

“For anyone who knows the Ignatian tradition, imagination becomes supremely important,” Father Reiser said. “The spiritual exercises really work with imagination over and over again.”

Vanessa Zoltan is a co-host of the podcast “Harry Potter and the Sacred Text” as well as a research assistant at Harvard Divinity School. Her podcast claims the slogan, “Reading something you love as if it were sacred,” which characterises her entire approach to the text of Harry Potter.

“Harry Potter seems to be unique in its ability to be treated as something sacred,” Zoltan said to CNS.

Her approach begins with the comfort that readers seem to find within in the series.

“We hear from a lot of listeners who for whatever reason, when going through a hard time, turn to the Harry Potter books,” Zoltan said. “The fact that the books are so popular, and so ubiquitous, is what really creates a sense of home.”

Zoltan points out the vastness of the series’ popularity. The numerous theme parks and multimedia expansions of the brand, allude to somewhat of a “churchlike” experience because of the pilgrimage of sorts that readers can undergo to further engage with the novels.

In the podcast, Zoltan and the other co-hosts use the traditional religious scripture practices as a new way of engaging with the tests. One of which is “lectio divina,” a Benedictine approach to Scripture that includes steps of prayer and meditation as part of the reading.

“The idea is that it is a reading practice that is supposed to bring you closer to God,” Zoltan said. “We are expanding upon an already beautiful practice.”

Nuns and Harry Potter: Its All About Love

Sister Rose Pacatte, a Daughter of St. Paul, is the founding director of the Pauline Center for Media Studies, which aims to teach and train adults and catechists to engage with the media. She also is a movie reviewer for the National Catholic Reporter and St. Anthony Messenger.

Sister Pacatte told CNS in an interview July 11 the story of some sisters in Boston who would pool their monthly “enrichment allowance” to buy the new Harry Potter books the night that they each came out in the early 2000s.

Sister Pacatte draws upon the central theme of love within the series.

“The whole idea of love is a self-sacrificing concept,” Sister Pacatte said. “Dumbledore says to Harry at one point, ‘Pity those who live without love.'”

Regarding controversy over the books’ subject matter, Sister Pacatte finds it “dissipated.”

“As far as the negative stuff goes, it seems to have died down,” Sister Pacatte said. “I haven’t heard of any witches or anything else arising in the name of Harry Potter.” By Josephine von Dohlen Catholic News Service

How I Found My Voice