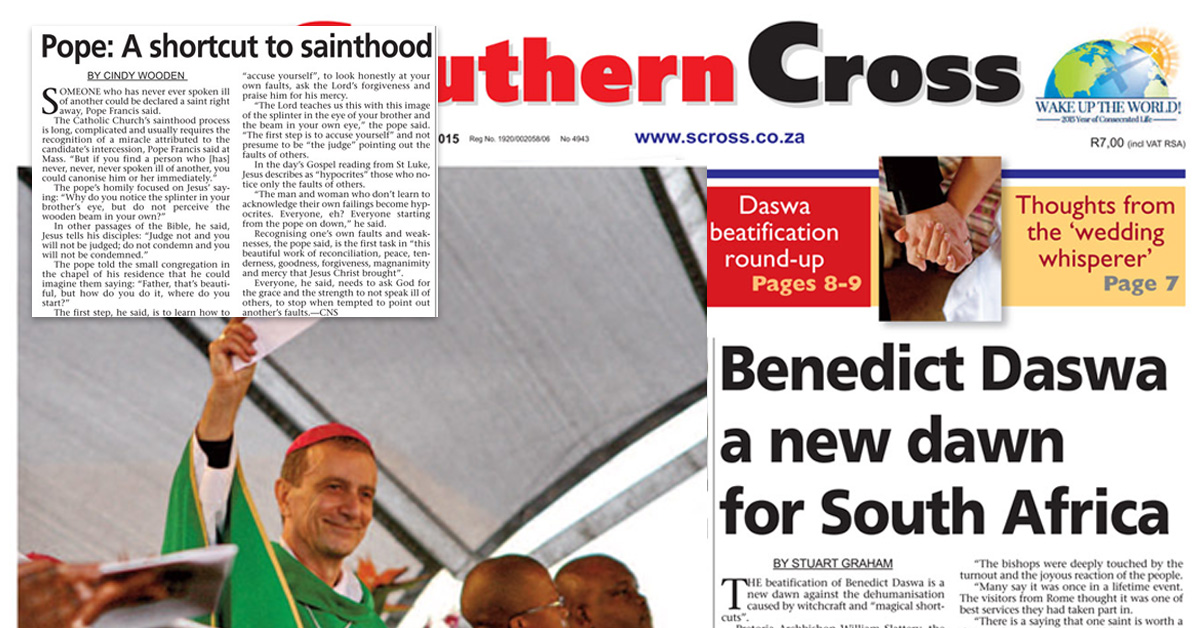 South Africa’s first beatification took place in a field in Tshitanini village outside Thohoyandou in front of a crowd of 35000 from all over South Africa, presided over by Cardinal Angelo Amato, the prefect of the Congregation for the Causes of Saints.

It was attended by all Daswa’s eight children, his brother, and mother, Ida, who sat next to Deputy President Cyril Ramaphosa.

Pope Francis has told Portugal’s Catholic Radio Renascenca in an interview that he goes to confession every 15-20 days. “I confess to a Franciscan priest, Fr Blanco, who is kind enough to come here and confess me.” Laughing, the pope said: “I’ve never had to call an ambulance” to carry him away “in shock over my sins!”

In a guest editorial, Michael Shackleton writes that South Africans “have not yet fully coalesced into a common interactive people with one proud national identity. We are indeed the rainbow nation but, like the colours of the rainbow, ours show themselves in distinct parallel lines that do not always share the same space comfortably together.”