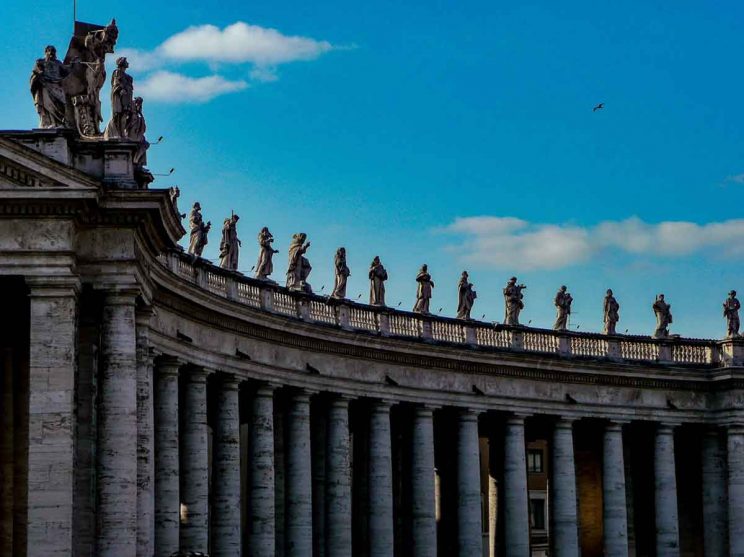 To be indefectible means unfailing or incapable of defecting. As a property of the Church, St Augustine explained it in these words: Unbelievers think that the Christian religion will last for a certain period of time in the world and will then disappear. But it will remain as long as the sun rises and sets; that is, as long as the ages of time shall roll, the Church of God, the true body of Christ on earth, shall not disappear (On the Psalms, 70). This is an elaboration of Christs promise that the gates of the underworld will never hold out against his Church (Mt 16:18).

If the Church is to continue in existence till the end of time, it has to preserve the truth handed on to it by Christ and his apostles, and this is summarised in the contents of the creeds, such as the Apostles Creed. St Paul wrote to Timothy that it is the Church that upholds the truth and keeps it safe (1 Tim 3:15).

Although at first glance the word infallibility may seem to mean the same as indefectibility, it has an extra meaning. Christ is the Truth and he commanded the Church to preach his truth to all nations (Mt 28:20). This immediately implies that the Church is infallible in a certain way in so far as its preaching is preserved by the Holy Spirit from deviating from the truth given to it by Christ (Jn 16:13). Doctrines may not always be clearly expressed, because words have nuances, but they contain essentially what the Church believes.

There is a similarity in the two words, indefectibility and infallibility, but the former emphasises that the Church, no matter how much it grows or even shrinks, will never stop in its mission; the latter emphasises that it is impossible for the Church to stray from the Truth.