Over 20 Million People Facing Starvation – We Should Care! 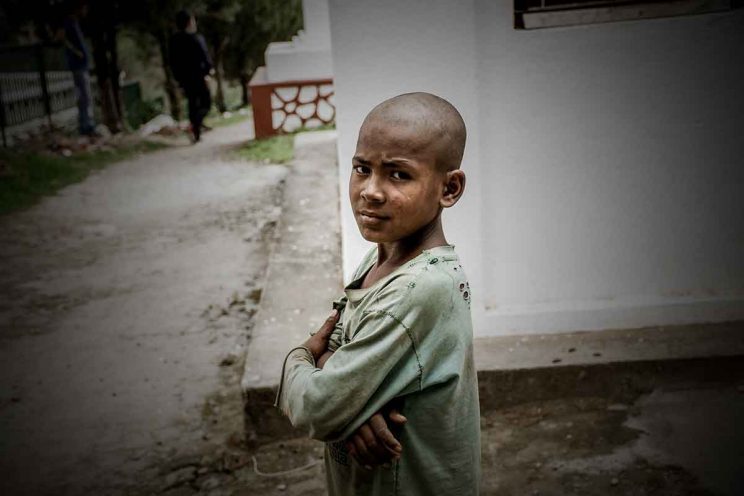 In northern Africa, over 20 million people are facing famine and starvation. Armed conflict and severe drought are the main engines driving this emergency – the world’s largest humanitarian crisis since the end of World War II .

Think to a time when you were hungry. Remember how it felt, a bit uncomfortable, right? You may have even said, “I’m starving!” But you knew that in a short time the next meal would be there for you. Knowing that a good meal was awaiting you allowed your slight hunger to actually whet your appetite.

Now imagine that you are very hungry and have no idea where the next meal will come from for you and your family. In this case your hunger is physically painful and terrifyingly stressful.

Imagine now that there is no work to be found, the drought has dried up your crops. Your livestock is dead. And you and your family have eaten the last seeds that were meant for next season’s planting.

Now how are you feeling?

The Desperate State of Affairs

This is how many Africans are feeling, especially those in South Sudan, Somalia, Northeast Nigeria, and nearby Yemen. In these nations over 20 million people are facing famine and starvation. Armed conflict and severe drought are the main engines driving this emergency – the world’s largest humanitarian crisis since the end of World War II .

“Without collective and coordinated global efforts, people will simply starve to death” and “many more will suffer and die from disease,” said Stephen O’Brien, U.N. under secretary-general for humanitarian affairs. He emphasised that to avert a catastrophe, immediate adequate funding from wealthy nations is critical.

O’Brien said the largest humanitarian emergency was in Yemen – the Arab world’s poorest nation – where two-thirds of the population – 18.8 million people – desperately need aid, and over seven million people are hungry and don’t know where their next meal will come from.

READ  After the March for Life – Keep Walking!

Compounding the famine, Yemen is now facing the world’s worst cholera outbreak according to the U.N. which has placed blame on all sides of the nation’s ongoing conflict between the U.S.-backed Saudi Arabia-led coalition and the Houthis .

An editor friend of mine in Nigeria put me in touch with Bishop Stephen Mamza, head of the northeast Nigerian Diocese of Yola. Bishop Mamza sent me a report with his assessment of the crisis in Yola. His report states that the U.N. World Food Program’s response to the food crisis in Nigeria is critically underfunded, meaning that hundreds of thousands of food insecure Northeast Nigerians are not being helped.

Bishop Mamza wrote that he and other diocesan aid workers visited a makeshift settlement where “we met scores of hungry, malnourished and crying children who told us that they had not eaten for three days.”

Catholic Relief Services is on the ground in Bishop Mamza’s diocese and throughout Northeast Africa working to ease the suffering. Please help them expand their life-saving efforts by making a generous donation to CRS’ “Africa Hunger Crisis Emergency Fund” ).