3 Truths About The Transfiguration 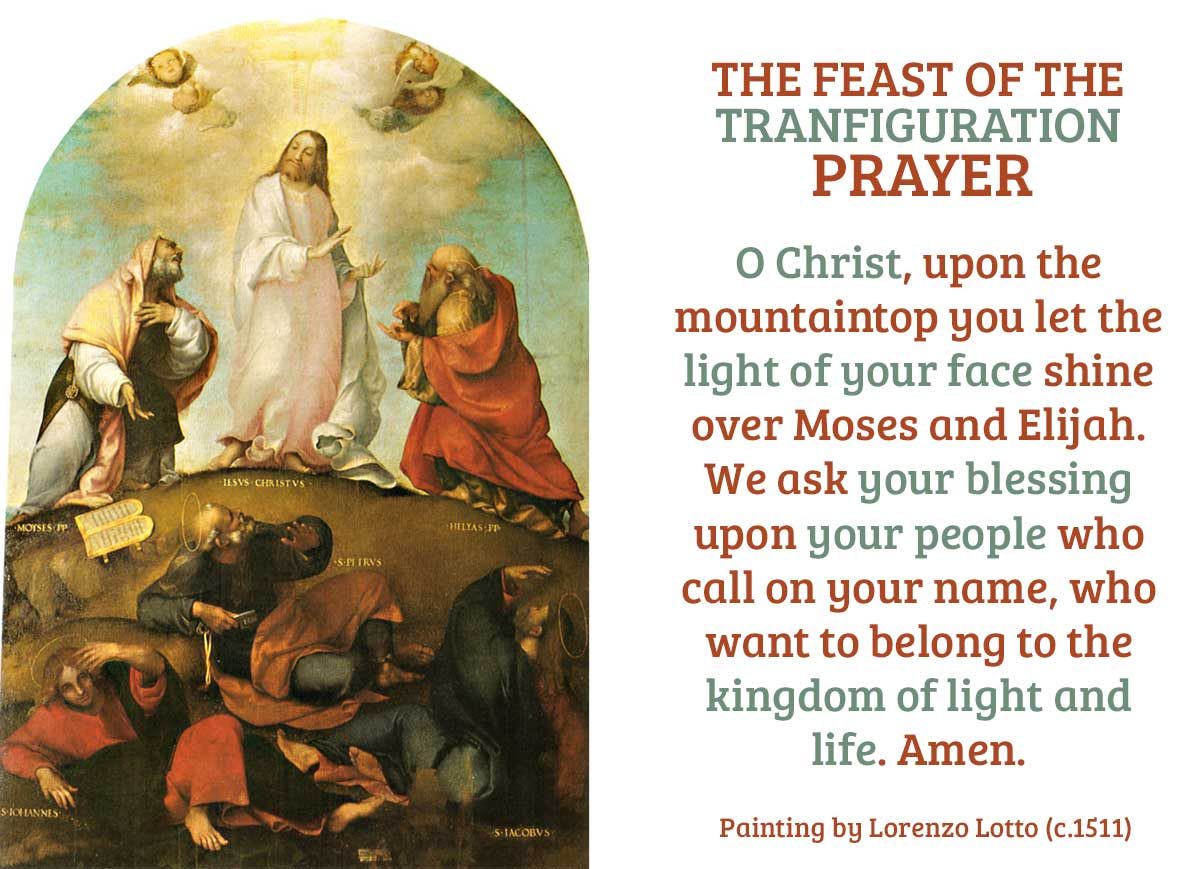 After six days Jesus took with him Peter, James and John the brother of James, and led them up a high mountain by themselves. There he was transfigured before them. His face shone like the sun, and his clothes became as white as the light. Just then there appeared before them Moses and Elijah, talking with Jesus.

Peter said to Jesus, “Lord, it is good for us to be here. If you wish, I will put up three shelters—one for you, one for Moses and one for Elijah.”

While he was still speaking, a bright cloud covered them, and a voice from the cloud said, “This is my Son, whom I love; with him, I am well pleased. Listen to him!” When the disciples heard this, they fell facedown to the ground, terrified. But Jesus came and touched them. “Get up,” he said. “Don’t be afraid.”  When they looked up, they saw no one except Jesus.

This event affected Peter so much that he later said:

For we were not making up clever stories when we told you about the powerful coming of our Lord Jesus Christ. We saw his majestic splendour with our own eyes.

Indeed at the time the transfiguration occurred, he thought heaven had come to earth and said he wished to stay there and build houses for Jesus, Moses and Elijah.

3 Truths We Can Take Away From the Transfiguration