Do Schools Get ‘Catholic’ Right? 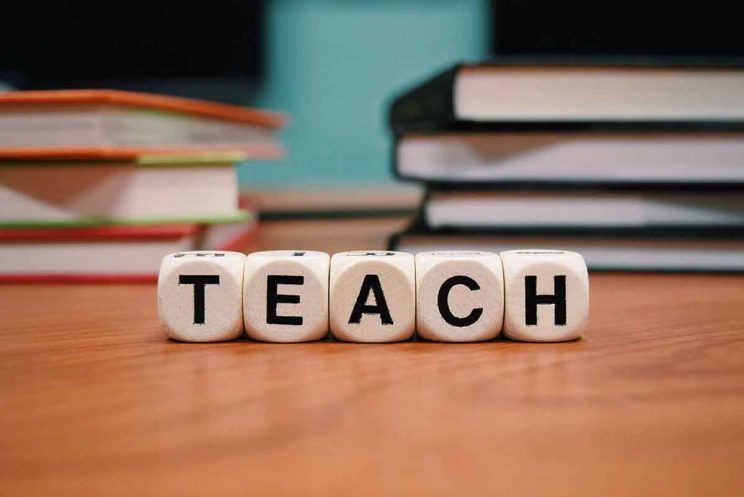 Do our Catholic schools always get the “Catholic” right? Fr Paddy Noonan OFM looks at some elements he believes should be central in our schools

When your favourite tabloid wants to catch your attention it will splash out: “A convent-educated upmarket stripper (or “call girl”) was today arrested in a police raid…”.

That woman’s situation is not the expected outcome of a convent education, and most probably has nothing to do with it — but how the media loves making that connection! It sells, they say with a knowing leer.

Marketing Catholic education nowadays is certainly a challenge. Apart from scandal, it gets a covered only when a school does well in the exams.

May I make the following remarks for continued reflection on this important subject? I stand to be corrected if what I say is superfluous due to the excellent work Catholic educators have achieved over the years in South Africa.

What I wish to share are a few ideas and perhaps practical suggestions that have come to me over time as an outsider observing from a distance.

How visible is the idea of vocations in our Catholic schools today, such as on notice boards, availability of pamphlets, DVDs, social media and so on?

Are our Catholic teachers sufficiently aware of the crucial need for vocations promotion for the future of Catholic schools and the Church in South Africa?

Today more than ever before, South African civil society is starving for and open to receiving the vast repository of tested social and spiritual teachings “subsumed” in or natural to the Catholic religious and lay vocation

Pope Francis asks rhetorically about Catholic schools: “Why do we have schools and not beauty parlours, veterinary clinics or travel agents? We have schools not for profit but to be living signs of ‘What you see is not all that there is’.”

Catholic schools sometimes have confirmation interviews for students preparing for that sacrament. A vocation to serve the Church as a sister, brother or priest should be discussed with the candidates on these occasions.

Are there enough Catholic resources available for students in our schools? Do students and teachers have access to thought-provoking Catholic books, newspapers, pamphlets, blogs, Facebook pages and websites as they are searching for answers to the questions of the day? And if so, are they encouraged to make use of them?

Does our national Catholic weekly, The Southern Cross, have a visible presence in our Catholic schools? And if not, why not?

Pope Francis has said: “Our goal is not to form islands of peace in the midst of a disintegrated society but to educate people with the ability to transform this society. Therefore, ‘fruits and results’.”

For many years I have felt that “getting Catholic pupils to be critical and discerning thinkers”, as Mark Potterton wrote in his article in this year’s Southern Cross education supplement, is the Catholic education challenge of the day.

Teach them the Realities

To advance this proposition I believe Catholic educational programmes should include a critical focus on crime, corruption, racism, sexism, the purpose of good politics, basic ethics and moral values, apologetics, media literacy, diversity sensitivity and inter-cultural skills, the dynamics of reconciliation, and social cohesion.

A fuller understanding of all of this leads to building a better nation for all.

“We think of a school that is open to new things, able to surprise and ready to learn from everything and everyone,” Pope Francis has said. A certain youngster 2000 years ago dared to be different too: “All the people were astonished by Jesus teaching” (Mk 11:18).

Across the board Catholic youth organisations such as Young Christian Students and other outreach programmes, such as working with the poor in rural areas, should be seriously encouraged. Youth from overseas have been working with our rural poor for decades and have found it a life-changing experience.

Where were our young privileged? Again the pope reminds us: “Let us not allow the individualistic and competitive mentality so ingrained in our civic culture to end up colonising also our schools” (of late we South Africans have discovered volunteerism).

If they don’t have it already, each school could have a public listing or roll call of honour of their past pupils who have made an impact on South African society, for example, priests, religious brothers and sisters, as well as former pupils who served church and nation in a heroic way.

There must also be a more Afro-centric Christianity, with role models such as St Martin de Porres, Bl Benedict Daswa, St Josephine Bakhita, St Benedict the African (the first African to be canonised and a Franciscan), and so on.

Does the life and martyrdom of the school principal Bl Benedict Daswa have anything to offer Catholic principals and teachers today?

What impact, what challenges, do highly motivated, well-educated Catholic students make on their local parish or youth group? Would they ask and organise a special annual Mass at the beginning of the year for all learners of the parish?

Or would they distribute special student prayer cards, not only on student issues but also on national issues such as healing from racism, the traumatised after crime, international peace, vocations, the environment (note The Global Catholic Climate Movement), against violence, against abortion, mercy killing and the lure of Satanism.

We all know of many people who have received a Catholic school education and emerged from it as well-formed Christians. But we all also know others who were alienated from the Church by their experience of Catholic schooling, or who have made their ways to other churches in spite of their Catholic background.

I’m thinking of the comments by actress Patricia Boyer, remembering her convent school education in Johannesburg in an interview in 2015: “Every Friday we had to go to church and to confession to tell your sins of the week. You’re ten years old; what are they? I just made things up and then said ten Hail Marys. It’s so intrusive, so invasive.”

This Catholic-educated woman — she was probably one of these questioning, creative kids that many Church school structures find it difficult to cope with — added: “I’m not anti-religious, but I’m against anything that is pushed down your throat. I believe there is an order to the universe, but I don’t know who the hell is behind it.”

How can our schools respond to the experiences of alumni such as Patricia Boyer?

Fr Patrick Noonan is a Franciscan priest serving in Boksburg. An author, he has just published a new book, Township God, about Catholic ministry in the townships over 40 years.