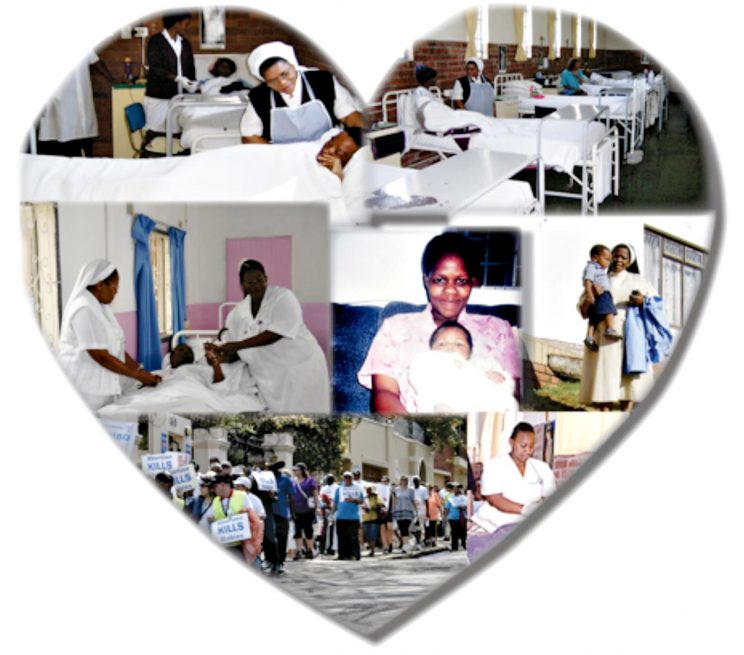 Twenty years ago a Durban priest took the initiative to provide women in pregnancy crisis with an alternative to abortion. Since then, the Mater homes have become a safe haven for many pregnant women and victims of domestic abuse, as Ilse van Bueren explains.

This year marks 20 years since The Right to Live Campaign started to fight abortion by actively helping women in pregnancy crisis.

Initially, the Southern African Catholic Bishops’ Conference created The Right to Live Campaign as a form of protest against the legalisation of abortion. Archbishop Wilfrid Napier (later, of course, Cardinal) appointed Fr Massimo Biancalani to coordinate the campaign in the archdiocese of Durban.

Catholics throughout South Africa participated in prayer meetings and active protests to stop the law.

All these protests failed: under the guardianship of then-health minister Dr Nkosazana Dlamini-Zuma the law was passed by parliament in November 1996 and took effect as of February 1, 1997.

When this failed and the Right to Live disbanded, Fr Biancalani approached Archbishop Napier to continue the campaign in the archdiocese of Durban. The future cardinal enthusiastically agreed.

The Catholic Church is fundamentally opposed to abortion, but Fr Biancalani emphasised: “Being against abortion is not enough; assistance must be offered to those who choose to have their babies and who are in need.”

To respond to this need, Fr Biancalani founded  the Mater Homes, placing them and the women they serve under the patronage of Our Lady.

The campaign gives Catholics the opportunity to face the evils of abortion and abuse, and assist — as far as possible — those who are threatened by them.

In addition to abortion and domestic violence, the pandemic of Aids and the ongoing scourge of tuberculosis and other forms of disease caused by poverty emerged, to ravage the people of our land, especially the poor, vulnerable and marginalised.

The campaign has a threefold mission: education for everyone; protest against the Choice on Termination of Pregnancy Act; and shelter and care for those women in pregnancy crisis, and/or for those who are abused, and those infected with and affected by Aids.

A place of safety

In the Mater Homes, those in pregnancy crisis — not only Catholics but anyone in need — are offered a place to have their babies in safety and with trained and dedicated caregivers in attendance. They are also counselled and helped to set themselves up with their babies.

Women who are the victims of domestic violence can also find a haven, with counselling and protection provided.

The Right to Live Campaign is also in the process of re-establishing the skills development centre at Inchanga, near Durban. This helps women to avoid having to go back into an abusive situation by empowering themselves to be able to support themselves and their children.

Three of the Mater homes are situated in the Inchanga area. These Mater homes stand on the crest of a hill overlooking the beautiful Valley of a 1000 Hills. This view must be one of great comfort to the residents, meditating on the beauty of creation made possible by a loving and generous Creator whose Son said: “I have come so that they may have life and have it to the full” (Jn 10:10).

For Life – in all forms

Here, in beautiful and quiet surroundings, terminally ill victims of Aids are nursed and live out their days in dignity and the love and care of qualified nursing staff. No one working there stands in judgment of the patients; all are deserving of the love of God made manifest by the carers.

Feedback from the women who have lived in the homes, and from their families and friends, shows that the welcoming care the women receive while at a Mater home greatly influences them and changes their outlook on life, helping them to make the only real choice, which is “For Life”.

One of the many babies born in the Mater homes wrote: “Because others cared, I was born and raised fortunate. Thank you.”

A nursing matron of an inner-city hospital recently visited the hospice and agreed that the patient care was very loving and of great medical value.

A variety of needs are addressed by the campaign. Should there be a crisis which is beyond the capabilities of the organisation, individuals are channelled to other crisis organisations that can help.

The campaign has developed PowerPoint presentations on the “Gift of Life” for Grade 1-12 learners which are also appropriate for adults. They have been presented to schools and parishes.

The Right to Live Campaign, with its Mater Homes, is miraculous in a land so in need of miracles. It has grown from a small seed into an enormous organism, with its concept spreading all over South Africa, giving comfort and love to all those who seek its shade.

Times are becoming very difficult and our economy is in crisis. Our earnest prayer for the Right to Live Campaign should be that the Holy Spirit — who put it into being — sustains it and allows it to bear fruit in great abundance, as the Spirit has done since its humble beginnings.

The main challenges of the campaign are finance, and the supply of committed volunteers and resources. A sense of “donor fatigue” has become apparent, with so many worthy causes crying out for support. The public, especially in these economically stressed times, is stretched thin trying to do its duty to all the needy.

The archdiocese of Durban is very supportive of the campaign and the annual collection is vital.

There is a need to improve the awareness of what The Right To Live Campaign stands for, and for parishes to become more involved. This could be done by having a local campaign group in each parish.

How can you help?

One can help by fundraising, collections for supplies needed by the homes, and supplementing funds. This would be of great benefit to the homes without it being a load on the individual parishes and their parishioners.

Homes have been situated where buildings have been donated. However, there is a need for homes throughout KwaZulu-Natal — and, indeed, throughout South Africa — and the campaign is looking to expand to other areas.

The Right To Live Campaign works closely with the Social Welfare and Health departments — but their resources are very limited. Social welfare actually refers its patients to the Mater homes.

Patients sometimes have to travel long distances to be able to get to the nearest home. This demonstrates the need for homes in more remote areas.

The homes are constantly at maximum capacity, with very short periods of time that they are not.

The Right To Live Campaign and Mater Homes express their sincere gratitude to all those who assist with donations, bequests and fundraising, and ask that those who have not yet become involved do so now as a concrete witness to our Catholic pro-life teachings.

Thank you for my Life 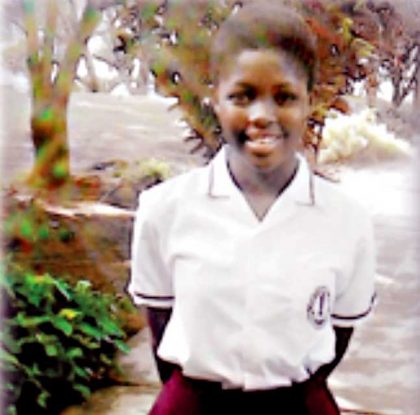 A teenager has thanked the Right To Live Campaign for her life. In a message, Ndamso Ndlovu, 16, said she is proud of that fact.

“Never be ashamed of who you are or where you came from, because your roots are what define you and make you who you are,” Ndamso wrote.

Noting that she is now a proud matric pupil, she wrote: “I was born at Mater Vitae home in the year 2000 on the 11th of September, and I am proud to have been born into that family.

“It has shaped me into this beautiful woman I am today.

“Because others cared, I was born and raised fortunate. Thank you,” Ndamso said.