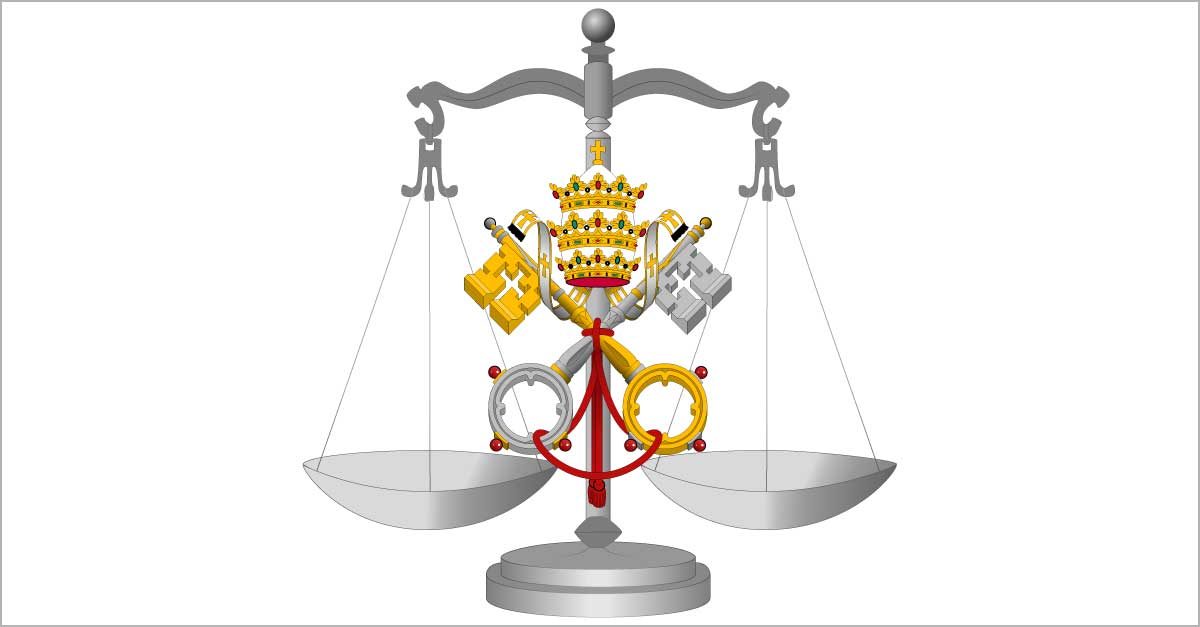 What is Canon Law? Canon Law is the body of laws laid down by Church leadership for governing the Church. A canon was originally a rule adopted by a Church council, eg Council of Trent

The Catholic Church’s Code of Canon Law is an instrument that must serve the Church’s pastoral mission of bringing God’s mercy to all and leading them to salvation, Pope Francis said.

Just as the first full codification of Catholic Church law was carried out 100 years ago “entirely dominated by pastoral concern”, so today its amendments and application must provide for a well-ordered care of the Christian people, the pope said in a message to a canon law conference in Rome.

Marking the 100-year Anniversary of Systematic Code of Canon Law

Leading canonists, as well as professors and students from all the canon law faculties in Rome, were meeting to mark the 100th anniversary of the first systematic Code of Canon Law, which was promulgated by Pope Benedict XV in 1917.

Work on the code began under the pontificate of St Pius X and was a response not only to the need to examine, systematise and reconcile often conflicting Church norms, Pope Francis said. After the Vatican lost its temporal power, he said, St Pius knew it was time to move from “a canon law contaminated by elements of temporality to a canon law more conforming to the spiritual mission of the Church”.

The 100th anniversary of the code, which was updated by St John Paul II in 1983, should be a time to recognise the importance of canon law as a service to the Church, Pope Francis said.

When St John Paul promulgated the new law, the pope said, he wrote that it was the result of an effort “to translate into canonical language…the conciliar ecclesiology”, that is, the Second Vatican Council’s vision of the Church, its structure and relation to its members and the world.

“The affirmation expresses the change that, after the Second Vatican Council, marked the passage from an ecclesiology modelled on canon law to a canon law conforming to ecclesiology,” Pope Francis said.

The Church’s law must always be perfected to better serve the Church’s mission and the daily lives of the faithful, which, he said, was the point of his amendments to canon law streamlining the Church’s process for determining the nullity of a marriage.

Canon law, he said, can and should be an instrument for implementing the vision of the Second Vatican Council.—By Cindy Wooden. CNS

Does Contraception Feed Violence Against Women?

War With Iran – Not a Catholic Option