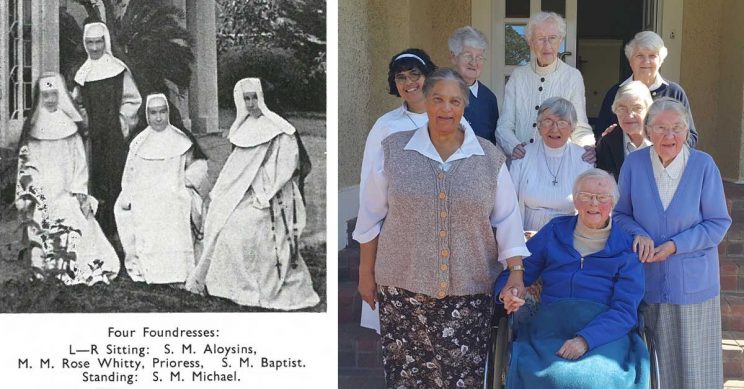 The Cabra Dominican Sisters have been teachers and helpers of communities across the Eastern Cape for 150 years and they will host commemorative events from November 18-25.

Six courageous Cabra Dominican Sisters, who left their homes from Sion Hill Convent in Dublin and disembarked from the Celt ship in Port Elizabeth harbour in 1867, will be honoured in commemorative events this month in celebration of their 150th anniversary in South Africa.

The Sisters, who left Ireland knowing they would never see their homeland again, responded to an appeal by Bishop Moran, who needed the help of reliable and committed teachers to answer growing educational needs at the time.

The Cabra Dominicans are Sisters of that order who came from Ireland to the Cape, and those who have joined that particular branch of the Dominicans.

The Legacy of Dominican Schools

The Sisters of 1867 opened two schools within weeks of arriving: one was a fee-paying school, St Mary’s, and the other St Joseph’s, a free school. The establishment was called Holy Rosary Convent, and this was where the first girl to matriculate in Port Elizabeth was from.

A total of 23 schools were founded or run by the Dominican Sisters in the Eastern Cape since 1867. Many were forced to close in 1973, due to the Group Areas Act.

There are two remaining Dominican schools in the Port Elizabeth area: St Dominic’s Priory and St Joseph’s in Kabega, which are both strong and vibrant.

Local history recognises the leading role played by the Sisters in educating communities in Uitenhage. The educational instinct to do what is best for the child took priority: the Sisters happily claimed the freedom to change syllabuses to teach children in their mother tongue to elicit the best from each child.

St Joseph’s Mission School was the root of what is now Marymount High School, originally a boarding school for girls, and now a day school for boys and girls.

This area was severely affected by the Group Areas Act. Somehow, Little Flower was never forced to close its doors (though it was at one stage reduced to 37 children); but Marymount was closed twice, opening for the third time in 1980.

Both schools are flourishing today.

The late 1930s and early 1940s were a time of great expansion. The Sisters opened nine schools in the Eastern Cape alone, and several in the Western Cape. Significant among these were St Colmcille’s High School and St Kevin’s Primary School in Kirkwood. St Kevin’s is now closed, and St Colmcille’s was taken over by the Department of Education.

To honour this rich educational heritage, a trust is being formed so that the six surviving Dominican schools in the region can continue to serve the needs of children.

Formal school education has been a major thrust of the mission — and alongside that, many other aspects of ministry engaged the Sisters and their associates. The need for less formal aspects of education and formation was undertaken with the establishment of night schools and adult education centres, literacy and numeracy work; and training for caregivers of HIV/Aids patients.

Pastoral Caring in the Port Elizabeth

There has been the pastoral ministry in the parishes of Kirkwood, Kleinskool, KwaLanga, and KwaNobuhle. In Gelvandale there were two small communities for pastoral ministry: first in Beetlestone Road and then in Kobus Road.

The Sisters formed a distant community in Tsolo in the Transkei, serving 15 to 16 hill villages as well as the town parish.

There have been programmes to alleviate poverty and respond to need directly in terms of soup kitchens, nursing the frail and aged, and also initiating programmes that could assist with earning and employability, such as sewing classes and vegetable gardens.

In spiritual ministries, there have been services in retreat-giving, spiritual direction, scripture study, and teaching, plus theological training.

Sisters have been actively engaged in the formation and support of Dominican family groups in Port Elizabeth and Uitenhage.

A centre for spirituality was established and ran for some years at the priory. In turn, the local communities have taught the Sisters about acceptance, love, life in general, and laughter — despite the hardships.

Working for Justice and Peace

In South Africa, as in all places, the fight against injustice has been painful and costly. Many of the Sisters and those associated with them in ministry have worked, and still work, for justice and peace.

The attitude of being “wise as serpents and innocent as doves” (Mt 10:16) stood the Sisters in good stead in dealing with security police and apartheid officialdom at the time of opening the schools to all races and battling with the great anguishes of the 1980s and 1990s.

“It is in people whose lives reflect the Gospel values of truth, integrity, faith, concern for others, compassion, justice towards all and readiness to serve that we measure our celebration,” said Sr Kathy Gaylor OP.

“Thousands of people have been touched by the Dominican spirit: a spirit carried into their lives and their communities. The stories of the past 150 years in Port Elizabeth, Uitenhage, and the Sunday’s River Valley form a rich, sometimes funny, and often poignant tapestry woven of the lives, commitment, and human experience of the Dominican Sisters and those connected to us in so many ways,” she said.

“St Dominic preached the Good News of Jesus Christ, and we are delighted that we share that call and that mission with so many of our friends and colleagues.”

There will be a number of commemorative events in the week of November 18-25.

These include prayerful pilgrimages to places of ministry in Port Elizabeth, Uitenhage, and Kirkwood; a solemn evening prayer at the priory; and Mass for the dead and blessing of the graves at the priory.

To participate in any of these events listed above, please contact kmgaylor@mweb.co.za

All of those connected with the Sisters — friends, past pupils, past teachers, and governors — are invited to the celebratory Mass on November 25 at 14:00 in St Augustine’s cathedral, Port Elizabeth, followed by refreshments.

Who Are the Friends of the Sisters?