Christ the Liberator Offers his Kingdom 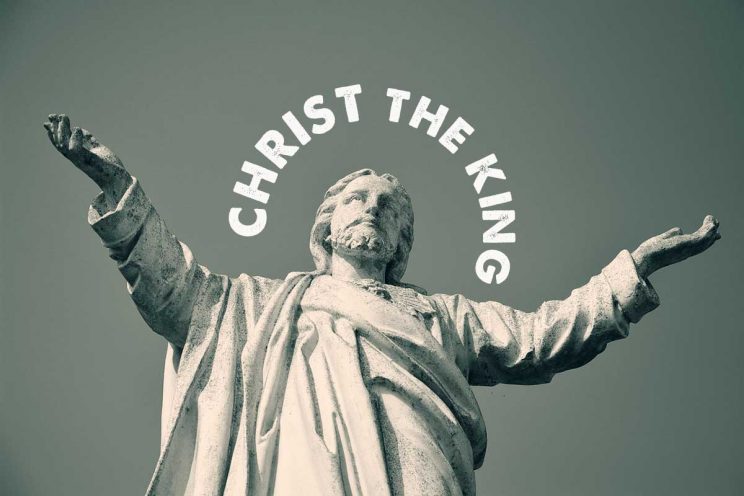 Guest editorial by Fr Ralph de Hahn – The Gospel makes it abundantly clear that Jesus proclaimed an eternal kingdom not only after death, but also “here among you…even in your midst” — invincible, incorruptible and infinite.

The book of Daniel presents a powerful message where all the worldly kingdoms and empires of wealth and power — symbolised by iron, bronze, earthenware, silver and gold —are shattered and replaced by “a kingdom which will last forever” (2:44). Her Son, the Living Bread from heaven, promised that those “who eat of this Bread will live forever”.

The book of Revelation also confirms that “the kingdom of the world has become the kingdom of our Lord and his Christ, one that will reign for ever and ever” (11:15).

In Luke’s account of the Annunciation, the archangel tells the Virgin Mary that “of his kingdom there will be no end”. Her Son, the Living Bread from heaven, promised that those “who eat of this Bread will live forever”.

And at the tomb of Lazarus, Jesus tells Martha that he is the Resurrection, and those who believe in him will live forever. And where will they live? In this kingdom which is eternal (Jn 11:25).

In Matthew’s Gospel on the Last Judgment, Jesus as king welcomes those “whom my Father has blessed…come and possess the kingdom prepared for you since the foundation of the world” (Mt 25:34).

He assures his believers that when he ascends to his Father in the heavenly kingdom, “I will prepare a place for you, and will return to take you with me” (Jn 14).

We have sufficient biblical evidence that there is an eternal and heavenly kingdom. Jesus planted the seed by proclaiming that the “kingdom of God is among you…in your very midst” (Lk 17:21).

The nature of this earthly kingdom was very different to the one anticipated by the synagogue church of Israel. It was one destined to become universal, embracing “even the least of my brothers and sisters”.

It was in the synagogue of Nazareth that Christ boldly declared: “The Spirit of the Lord has been given to me, for he has anointed me” (Lk 4:18). And why? “To set my people free!”

Christ the King proclaims the Good News to the poor, the downtrodden, the vulnerable, the homeless and the hungry. He gives new sight to the blind at heart, and proclaims that blessed indeed are the poor in spirit, the merciful, the pure in heart, the gentle and humble, those who thirst and hunger for truth, justice and peace. And to those who are childlike, he says: “for it is to such as these that the kingdom of God belongs”. The true disciples of this kingdom would be “the salt of the earth and a new light to the world”

St Paul sums this up beautifully: “He has taken us out of the power of darkness and created a place for us in the kingdom of the Son whom he loves, and in him we gain our freedom” (Col 1:13).

The true disciples of this kingdom would be “the salt of the earth and a new light to the world” (Mt 5:13-16).

They would be expected to learn from the stories of the Good Samaritan and the father of the Prodigal son.

Love and forgiveness are keynotes in this kingdom.

The King desires to rule over our hearts, our emotions, our human society and our sexuality.

There would be no place in this kingdom for the rich for “they have had their reward”. The very rich young man of Mark’s Gospel, although obedient to all the commandments, was gently told to “give your money to the poor and you will have treasure in heaven…and come follow me” (10:21). For where your treasure is, there will your heart be also. The King desires to rule over our hearts, our emotions, our human society and our sexuality.

We subjects of the earthly kingdom — the Church on earth — render obedience to the heavenly kingdom when we pray: “Thy kingdom come, thy will be done on earth as it is in heaven.” Like the Master himself, his Church on earth is both divine and human; it is a truly unique kingdom.

We are called to “seek first the kingdom of God and his justice”, and he will provide all that is needed for our salvation.

We have a King of many surprises for he already warns us that “the first will be last and the last will be first”.

Therein resides our comfort and our obligation.